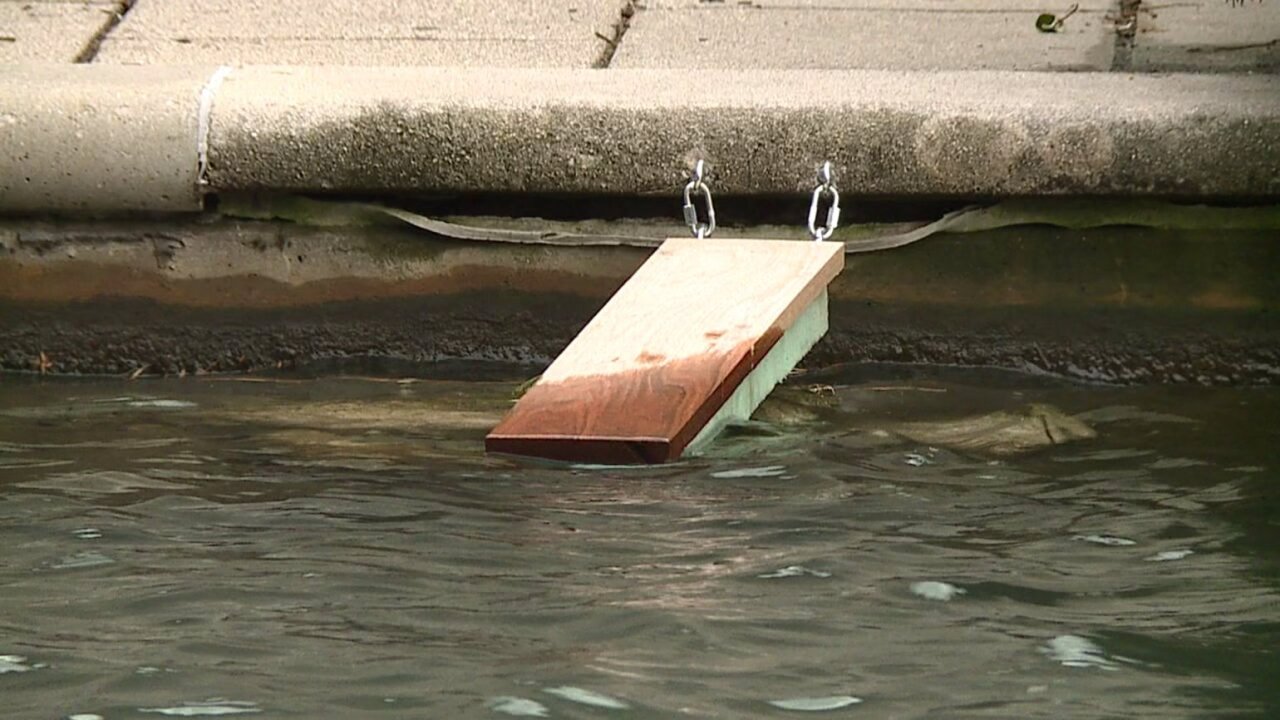 INDIANAPOLIS – The downtown Indianapolis canal isn’t just a popular destination for Hoosiers, it’s a hot spot for ducks too – and thanks to a few tiny new installations, they’ll be a little safer.

Indianapolis officials have installed four small, wooden ramps along the canal to help ducklings and goslings get out of the water.

The city made the decision after learning that baby ducks and geese were dying because they were too small to jump or climb over the canal’s cement edges.

The new ramps, made of wood and insulation, were installed near Vermont Street near the Canal Street Apartments.

PETA released the following statement praising the city's decision to add the ramps:

PETA thanks the city of Indianapolis for doing the right thing in striving to coexist with local wildlife. These ramps are a responsible and practical way for the city to make a world of difference for each duckling who will be able to escape drowning in the canal.