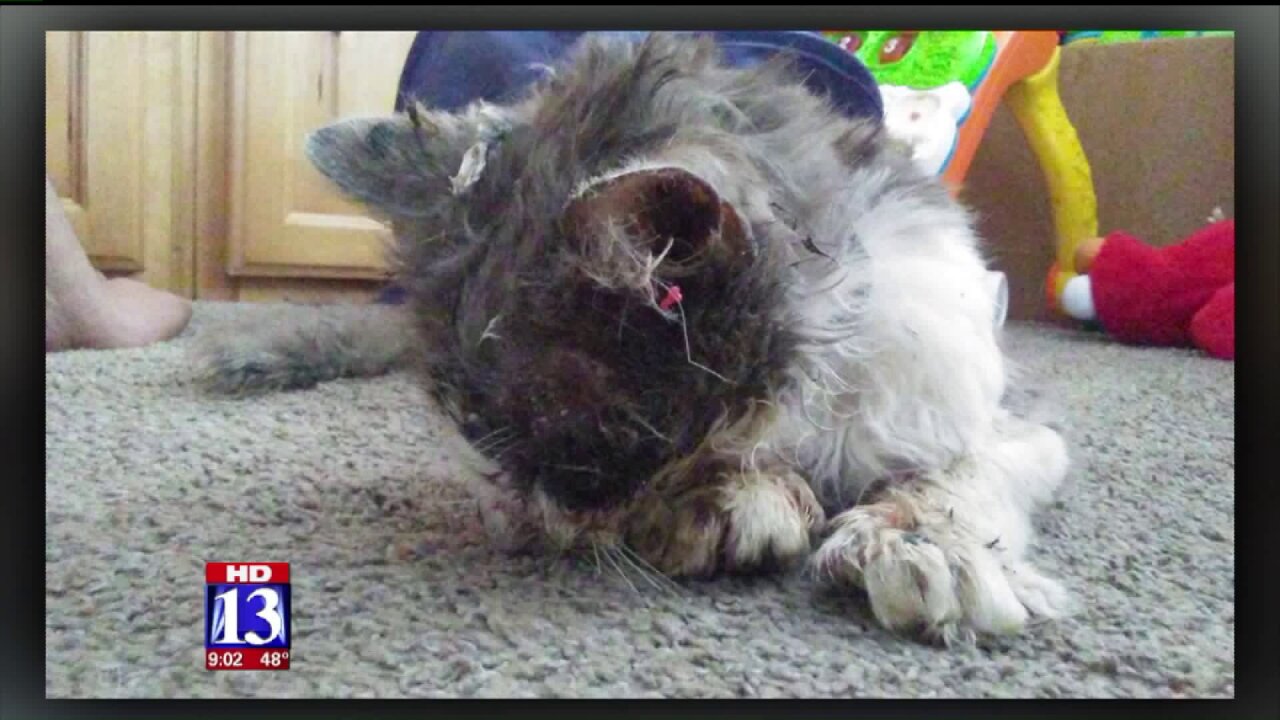 WARNING: Some of the details included in this story may be upsetting to some. Viewer discretion is advised.

CLEARFIELD, Utah — A cat who was severely tortured in Clearfield has died Thursday, one day after he managed to return to his family home despite suffering horrifying injuries.

Kristina Stone of the Humane Society of Northern Utah says Sage died Thursday around 4:30 p.m. due to injuries suffered in the ordeal.

The Humane Society posted this statement on social media Thursday:

“My heart is broken. Little Sage passed away. He fought so hard….but was just too broken. He went downhill really fast and they did CPR but he was gone. Thank you to all the wonderful people that sent love and prayers. Little Sage is at the Rainbow Bridge where he can’t be hurt any more…”

Stone said they are grateful to the community for their outpouring of support and for the donations they have received on Sage’s behalf.

Sage’s owner, China Cassel, tells Fox 13 News the 6-year-old cat disappeared Saturday and was found back at the home Wednesday with severe injuries.

Those injuries included chopped up fur, broken ribs, broken toes, facial injuries and damage from hot glue applied to areas like his eyes and genitals.

“They broke his ribs, his little toes, beat his face, glued his eyes shut, tried to glue his penis and anus shut, burned him with hot glue, and put silicone on him,” Debbie Barnes, HSNU president, said in a press release. “This is the worst abuse case I have ever seen.”