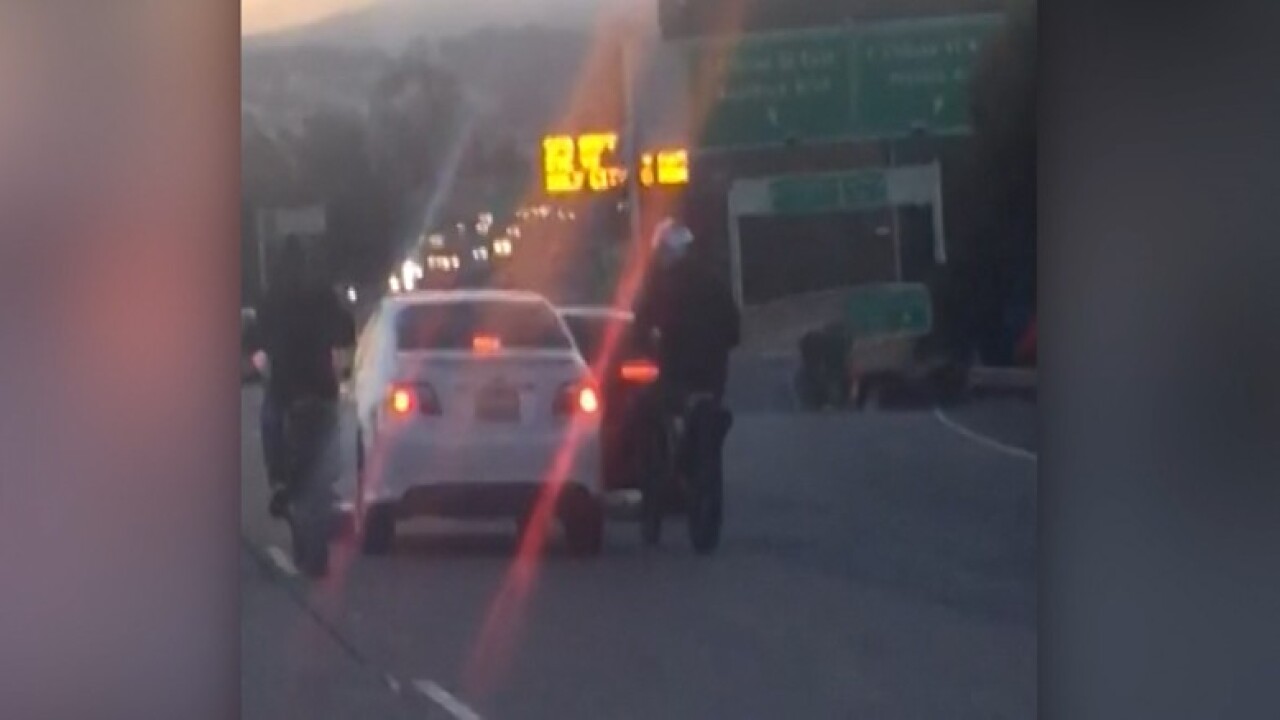 By Eric Levenson and Cheri Mossburg

(CNN) — “Sideshow” activity from dirt bikers and ATV riders turned into a bit of horror show violence caught on tape on a California freeway.

A passing driver was taken to the hospital after taking a beating from members of a group that had been doing wheelies and stunts in San Francisco, California Highway Patrol (CHP) said.

The driver of a white Toyota tried to pass the pack of bikers, which prompted an acrimonious exchange of words, said Officer Vu Williams. It is unclear whether there was a collision, he said Friday.

Video of the incident taken by another driver Wednesday evening begins with a white sedan close to a biker on US 101 southbound.

The car slows to a stop at a freeway exit as the group of riders surrounds it. A man in a red sweatshirt hops off his bike and begins to hit the passenger side window.

The driver then gets out of his car to approach the biker, and others in the group rush to take him on. The video ends with a man in a blue jacket punching the driver and kicking him on the ground.

By the time officers reached the scene, the man was being loaded into an ambulance with non-life threatening injuries. The riders fled, police said. No arrests have been made.

According to CHP, the Toyota driver was apparently a ride-share driver who did not have a passenger at the time of the incident.