Man tied up during home invasion frees himself, shoots 2 suspects 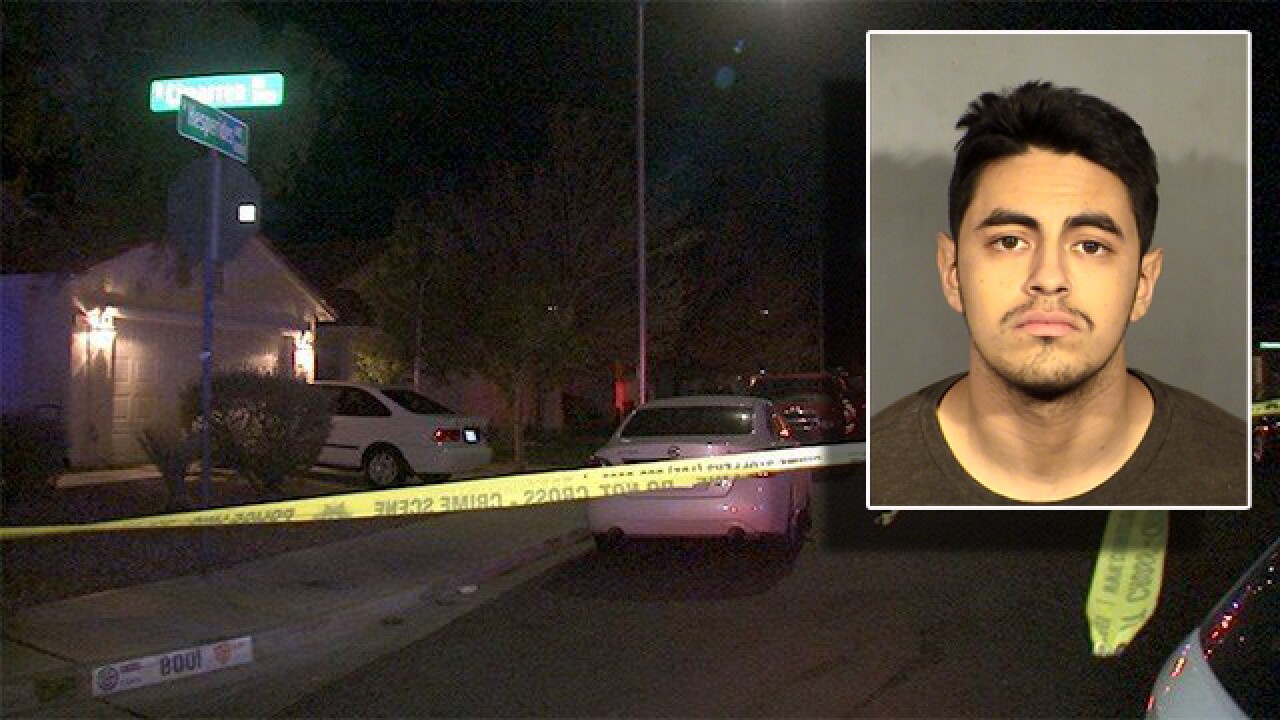 **Embargo: Las Vegas, NV** Police tape off a section of Hesperides Avenue near Cimarron Road during a homicide investigation on March 14, 2017.

LAS VEGAS – A suspect was killed and another injured after a home invasion in northwest Las Vegas, according to Las Vegas Metro police.

Investigators said they believe a third suspect could be on the run.

Officers responded to the incident Monday at 10:26 p.m. in the 8000 block of Hesperides Avenue, near Cimarron Road and Elkhorn Road. A neighbor said he called police after hearing gunshots and screams.

“I definitely heard him yelling something so I called 911 again, they told me the wrong route. Next thing I know there were helicopters and police car,” Matt Ciaglia who lives next door, said.

Ciaglia was not the only one who heard the screaming.

“I wasn’t sure what the loud noise was – they were shots, but maybe we thought they were firecrackers because I don’t know what a gunshot is supposed to sound like but it didn’t immediately seem like that. The girl was screaming really loud and that was what was so scary, like a horror movie kind of screaming,” said a neighbor who only gave her first name, Angela.

Police said two suspects entered the home and tied up a man and woman. The man was able to break free and grab a gun, shooting the suspects.

One of the suspects was found dead inside the home and another suffered gunshot wounds to the lower back, police said. The second suspect, identified by KSNV as 21-year-old Arnold Morales, was being treated at University Medical Center for a gunshot wound.

Neighbors in the area said they believe the victims acted appropriately.

Neighbor Lisa Warren said they live in a quiet neighborhood, but the crime makes her wish she had more protection.

Other residents said they had been thinking about getting a dog or installing an alarm system to repel criminals.

The female victim of the home invasion was struck in the arm and was receiving treatment at University Medical Center, police. It was unclear if she was hit by accident or by one of the suspects returning fire.

Detectives said they believe a third suspect may have fled the scene.

The Clark County Coroner’s Office said it will later release the name of the deceased.