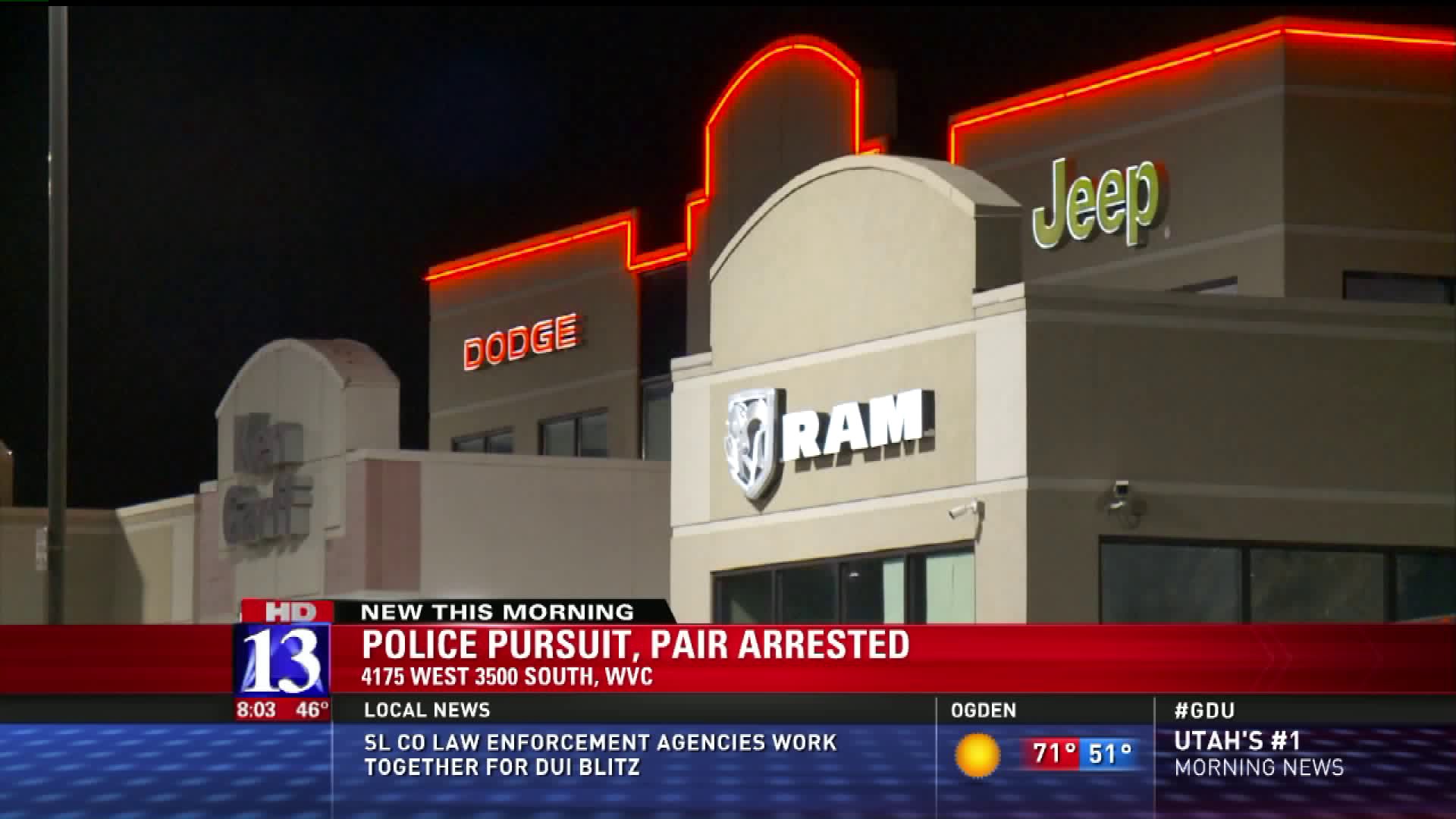 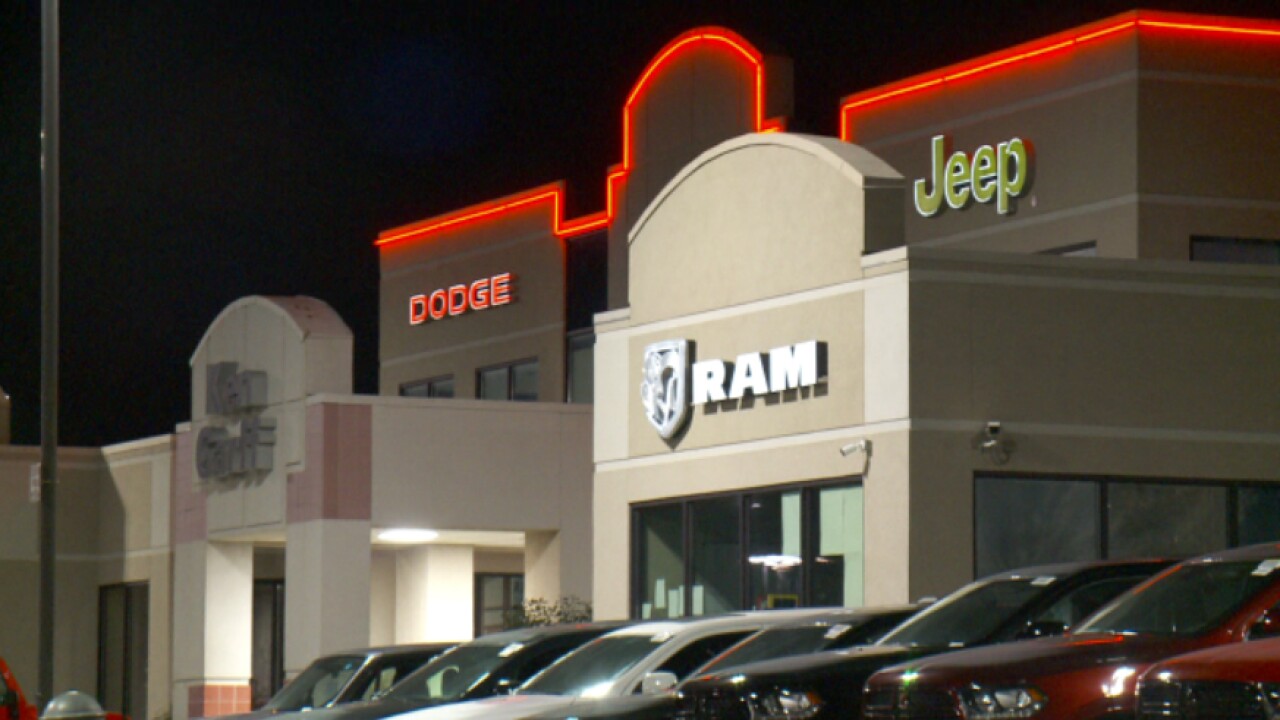 Police responded to the dealership, at 4175 W 3500 S, shortly after 2 a.m. after dispatch received a report of an intrusion. According to Lt. Steve Burke, WVCPD, the suspects fled on foot. Police captured one of them immediately, but they said the other suspect drove away in a stolen car.

Officers followed the car east along 3500 S and used a PIT maneuver to force it off the road at 1950 W. Upon searching the vehicle, police said they found bolt cutters and other burglary tools.

The suspects could face charges including burglary, fleeing from and evading police and automobile theft.