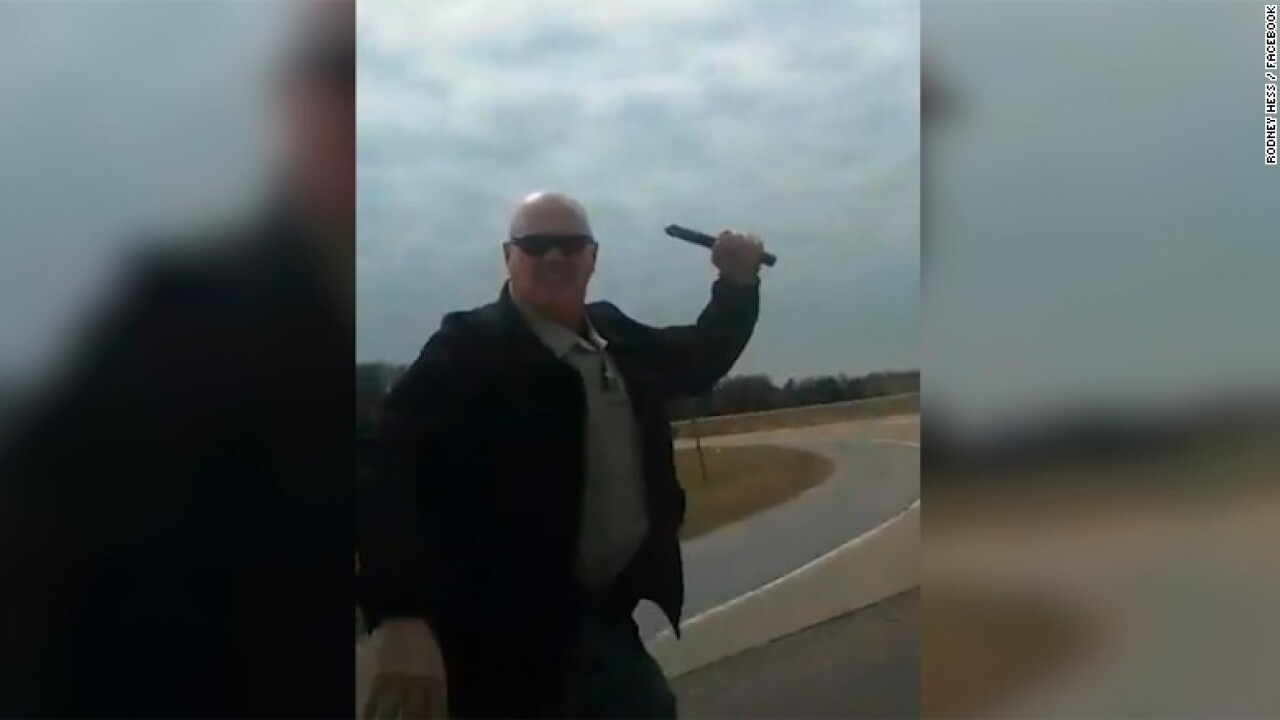 (CNN) — Authorities in Tennessee are investigating the shooting death of an unarmed man by sheriff’s deputies, the Tennessee Bureau of Investigation said.

Rodney James Hess, 36, of New Orleans was streaming on Facebook Live when he was shot Thursday afternoon, his family said in their own Facebook posting. Rodney Hess’ video does not show the officers shooting and his relatives asked any witnesses to come forward.

Hess was shot after Crockett County sheriff’s deputies approached his sport utility vehicle because it was parked at a perpendicular angle along Highway 412 near the west Tennessee town of Alamo, TBI spokesman Josh DeVine said in a statement.

Officers reported that Hess refused officer commands, made erratic statements and tried to strike officers at least twice with his vehicle, DeVine said.

“During the escalation of events, at least one Crockett County deputy fired his service weapon through the front windshield of the vehicle driven by Hess, striking him,” DeVine said. “At this time, we do not believe Hess used a firearm in connection to this incident.”

Hess’ video shows officers standing near the car and he can be heard saying, “I would like the higher commands to come out.”

The video image became jerky and captured sounds of a commotion and a loud, sharp sound, followed by a man screaming. The video showed the interior of a vehicle and passing scenery until a crashing sound occurs.

Hess drove for a distance after being shot and wrecked his vehicle, CNN affiliate WHBQ reported.

The video ended with an image of broken glass and the the sound of a woman’s voice, apparently coming from a phone.

Hess family attorney Don Rouzan said Hess was asking to speak with a ranking officer when he used the phrase “higher commands.” Hess was not acting aggressively or raising his voice, Rouzan said.

“At the time there was no threat,” Rouzan said. “He was asking for a supervising officer and they opened fire.”

Hess died after being airlifted to a hospital in Memphis, about 80 miles southwest of Alamo. No law enforcement officers were hurt and the officers involved are not being identified, the TBI statement said.

Hess’ relatives went on Facebook to ask any witnesses to come forward.

“We’re just praying that justice will be served and that if there’s anything covered up that it will be brought to justice, that it wouldn’t be just another black man shot by police officers,” said Lee Smith, Rodney Hess’ grandfather. “All we’re asking for is justice.”

Hess was the father to three children, ages 14, 3 and 18 months, Rouzan said.

Rouzan said Hess grew up in the Memphis area not far from where he was killed. He’d been living in Texas and New Orleans and was traveling to Memphis, probably to visit family, when the shooting occurred, Rouzan said.

TBI agents and forensic scientists will gather evidence and present it to the district attorney general, DeVine’s statement said. Dash cam and body camera footage was obtained, he said. Agents are trying to determine the timeline of events.

“In this and all investigations, the TBI acts only as fact-finders,” DeVine said. “The decision as to whether the deputy’s actions were justified rests solely with the district attorney general.”

Facebook livestreaming was a factor in the police shooting of a civilian in Minnesota in July last year.

That officer has pleaded not guilty to second-degree manslaughter charges.