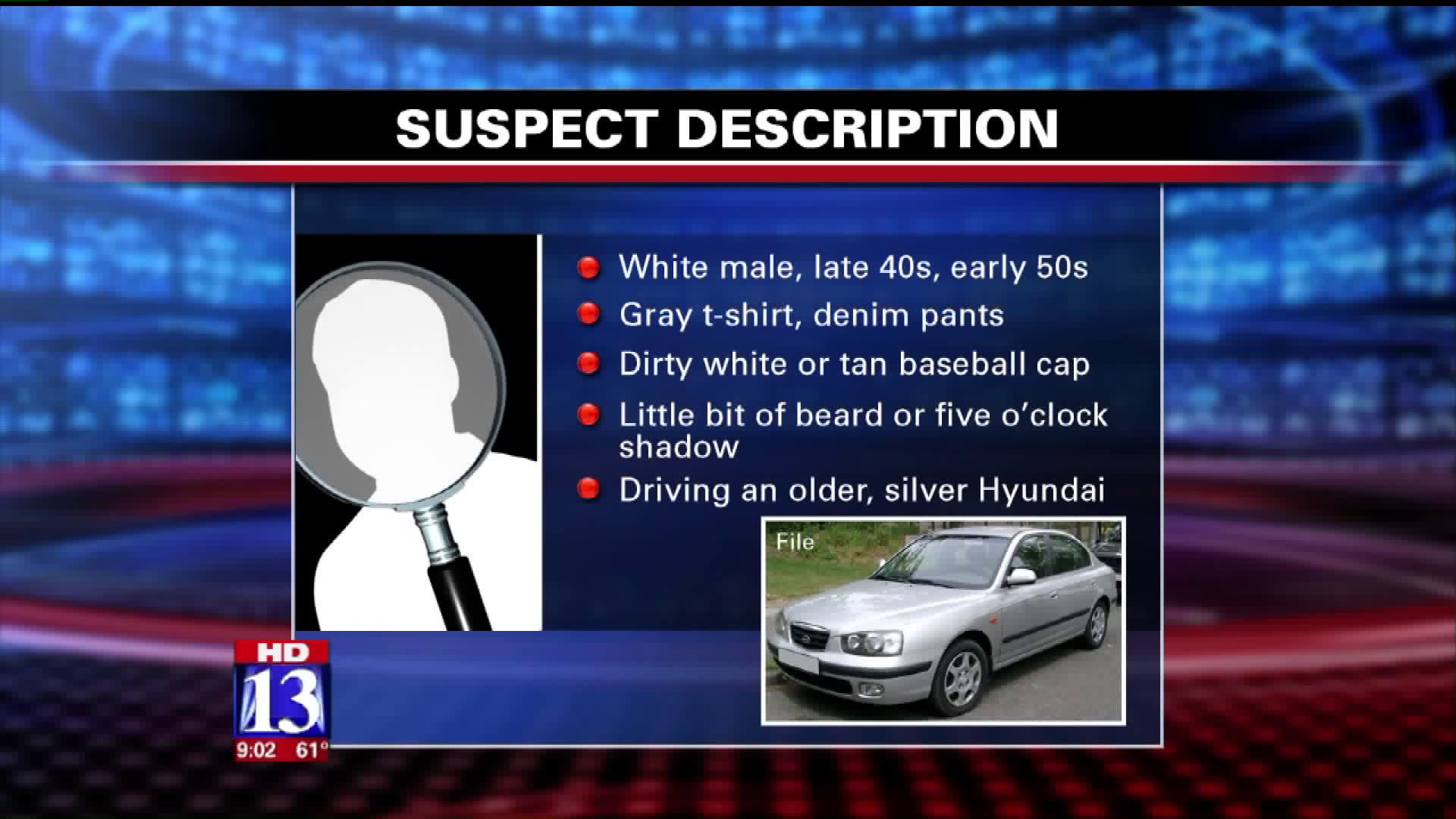 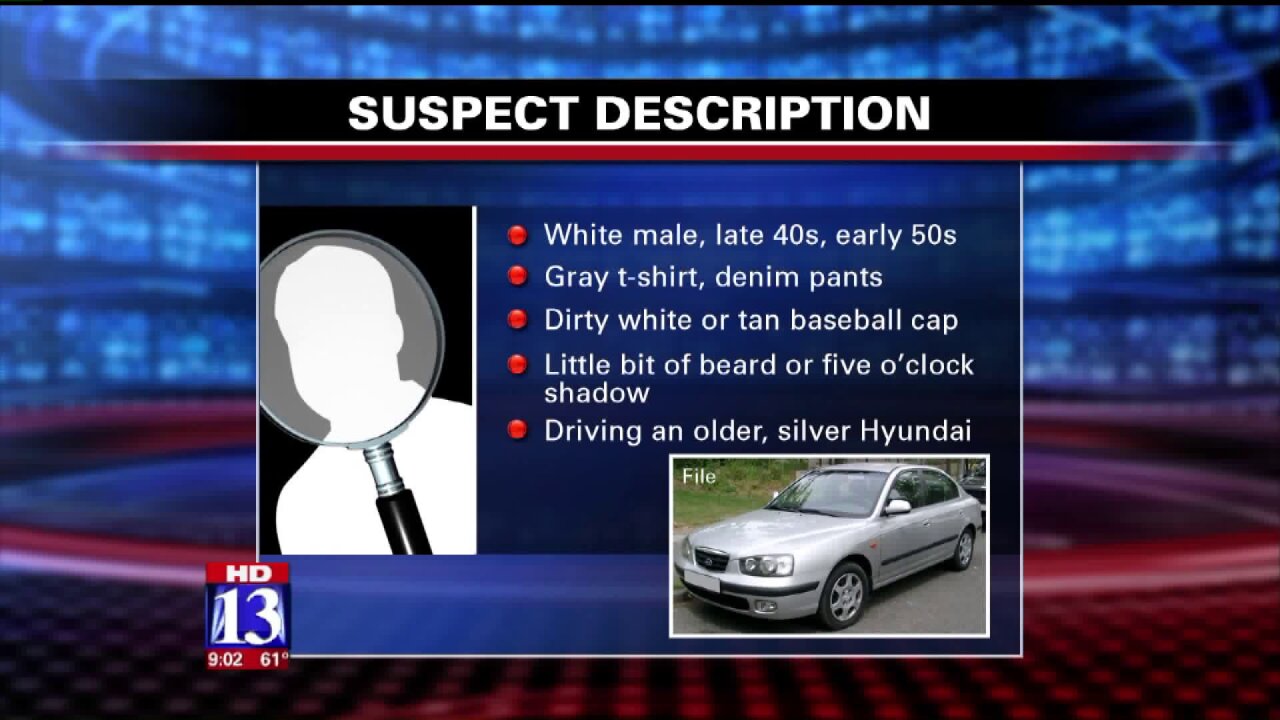 MURRAY, Utah — Police responded to a Murray home Sunday after a mother says a man tried to abduct her young child, who was playing in the yard.

Sgt. Halford of the Murray Police Department said they were called to a home in the area of 6500 South Lombardy Drive on a report of an attempted abduction. Fox 13 News first heard report of the incident just after 3 p.m.

Halford said a mother let her 2-year-old daughter play in their yard, which is surrounded by a fence. The woman looked outside at one point and saw a man believed to be in his 40s or 50s trying to pull her child over that fence.

"Every parent's worst nightmare," said the mother, Sacia Ames. "I thought I was going to lose my daughter."

Halford said it appears the man used candy to lure the toddler toward the fence before grabbing the girl.

Ames went outside and yelled at the man, who let go of the child and fled.

"I kind of lost my cool because I do not take kindly to people putting their hands on my child," she said. "The way he had her arm was as if he was going to pull her up over the fence."

Ames reported seeing him leave the area in a silver Hyundai. She described him to police as a white man in his late 40s or early 50s. She said he was wearing a gray T-shirt with denim pants and an off-white baseball cap. She said he had a slight beard or five o'clock shadow.

Halford said anyone with information about the incident is asked to call Murray Police. Dispatch can be reached at 801-840-4000.