Electronics banned from cabins on some Middle Eastern and African flights to U.S. 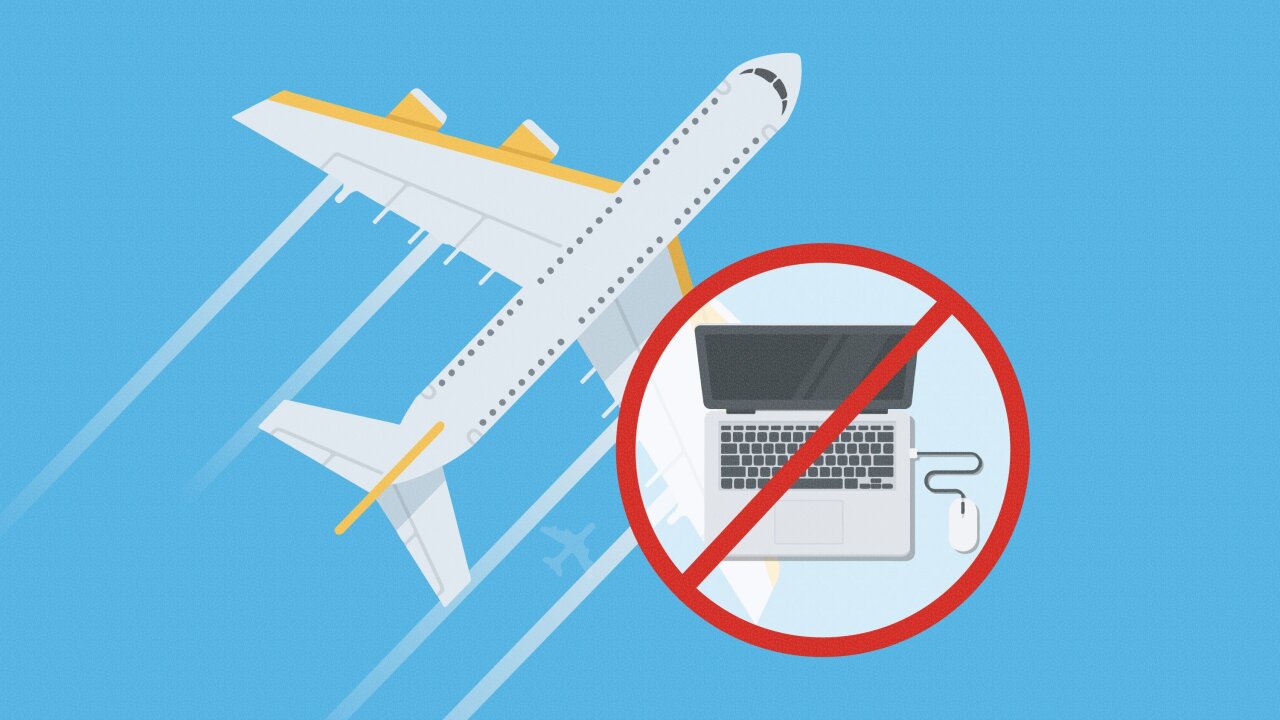 Airlines that fly from certain countries in the Middle East and Africa to the U.S. must require passengers to check in almost all electronic devices rather than carry them into the cabin, said a U.S. official.

Airlines that fly from certain countries in the Middle East and Africa to the United States must soon require passengers to check in almost all electronic devices rather than carry them into the cabin, a U.S. official said.

The official said this will impact some airlines flying into the U.S. Another U.S. administration official says this covers devices larger than a cellphone.

They added that they believe a threat to the U.S. would be negated if a passenger transferred through a secondary city with additional and more trustworthy screening procedures. The directive is to ensure enhanced security measures at select airports for a limited duration.

In a written statement, the Department of Homeland Security said, “We have no comment on potential security precautions, but will provide any update as appropriate.”

Another U.S. official says the ban on some electronics is believed to be related to Al Qaeda in the Arabian Peninsula or AQAP. The intelligence community has been tracking this threat for some time, but the official said that some information from a recent U.S. Special Forces raid in Yemen contributed to the ongoing concern.

AQAP has been actively trying to build bombs that contain little or no metal content to target commercial aircraft. And the group’s chief bomb maker, Ibrahim al-Asiri, has trained others to do so. To date, they are the only terror organization that has shown a marked effort to try to attack airlines, the officials said.

A third U.S. official said there has been concern about attacks via electronics for some months, but there wasn’t enough information to warrant an airline action before.

An aviation official said U.S. carriers are not affected because none flies directly from the countries in question to the United States.

Some airlines have commented on the new measures.

Etihad Airways in the United Arab Emirates said Tuesday it had received a directive from the U.S. government and was reviewing it. Emirates, another big carrier from the UAE, said it hadn’t yet received any notification but would “comply with any new operational or regulatory requirements issued by the relevant authorities.”

Turkish Airlines also confirmed that it had received a notice.

Saudi Arabian Airlines told its customers in a statement on Twitter that new measures from the U.S. Transportation Security Administration include a ban on laptops and tablets, like iPads and Kindles, in carry-on baggage on flights to the U.S. The measure will take effect Wednesday, it said.

Royal Jordanian Airlines tweeted Monday that it will ban most electronics from the cabins on its flights to and from its North American destinations. It later deleted its tweet without explanation.

The Amman, Jordan-based carrier said that starting Tuesday it will only allow phones and medical devices to be carried in the cabin of its flights. All other electronics would be “strictly prohibited.” The airline cited “concerned U.S. departments” without offering additional explanation.

The carrier said that laptops, tablets, DVD players and electronic games must be stored in checked baggage for its flights.

In 2014, the Transportation Security Administration required some passengers to show their electronics could power up over concern explosives were hidden in the devices.