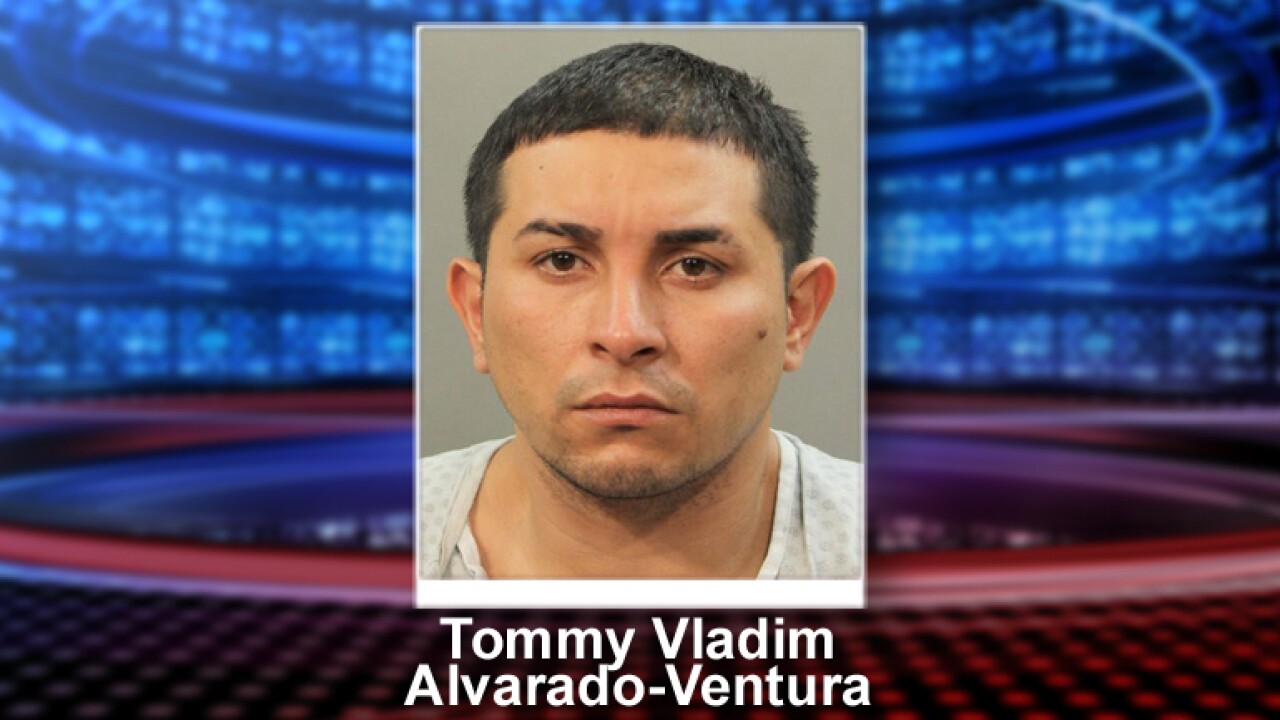 (CNN) — An MS-13 gang member who has been removed from the US four times and is originally from El Salvador pleaded not guilty Thursday to stabbing two women and sexually assaulting a two-year-old girl in Long Island, officials told CNN.

CNN was unable to reach representation for Alvarado-Ventura for comment.

“This is, in 28 years, probably the most heinous criminal act I’ve ever seen, and it really is nauseating,” Acting Nassau County Police Commissioner Thomas Krumpter said.

“It doesn’t usually affect us like that in law enforcement, but in this particular case, it’s unprecedented.”

Alvarado-Ventura was home with his girlfriend’s 2-year-old daughter, 4-year-old son and another tenant of the apartment who was in charge of watching the children while the mother was at work. Police say the young girl was heard crying as Alvardo-Ventura left the apartment at 12:30 a.m. on Wednesday, March 22, before going to El Mariachi Loco bar. Then around 2:20 a.m., he allegedly got involved in an argument with a 24-year-old women over buying marijuana.

Police then say the woman was confronted by Alvarado-Ventura in a parking lot “where he begins punching and kicking her, produces a knife and stabs the victim multiple times causing her to sustain a collapsed lung” before fleeing the scene. The woman was transferred to the hospital for treatment of her injuries.

Officials say he returned to the apartment at 3:15 a.m. and when his girlfriend returned from work, she confronted him after she noticed severe injuries on 2-year-old. According to the report, “The argument escalates and Alvarado-Ventura, after punching the victim, withdraws a knife and stabs her multiple times.”

Rachael Yong Yow, spokeswoman for the New York Field Office of Immigration and Customs Enforcement (ICE) said in a statement that Alvarado-Ventura has been deported four separate times: in 2006, 2009, 2010, and 2011. Alvarado-Ventura, an El Salvadorian national, was first arrested in Texas by Border Patrol agents in 2005 for entering the United States without inspection and was released on his own recognizance by an immigration judge there, according to ICE. He was deported in September 2006 after being arrested in New York City by ICE agents in June 2006.

Alvarado-Ventura’s three other subsequent deportations were spurred by local arrests and criminal charges, including felonies, in Nassau County. According to Krumpter, his prior arrests are for offenses including DWI, disorderly conduct, assault, false impersonation and contempt of court.

ICE enforcement officials will take Alvarado-Ventura into custody after all of his local charges have been adjudicated and after he serves time for his crimes if he is found guilty. ICE also plans to seek prosecution for felony reentry charges.

A spokesperson for the Nassau County District Attorney’s Office said he is scheduled to appear in court again on March 27th.