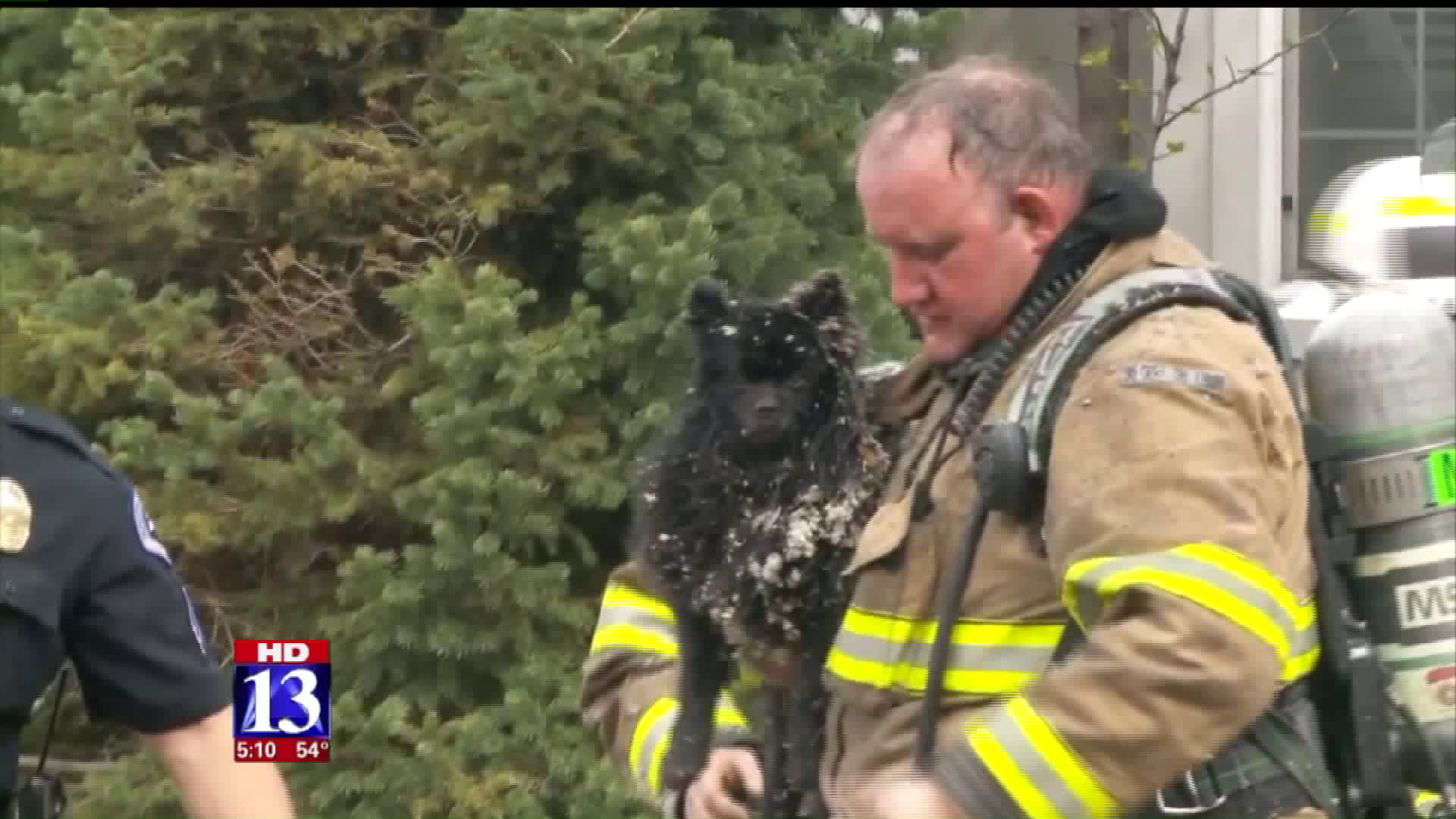 The fire began in the garage 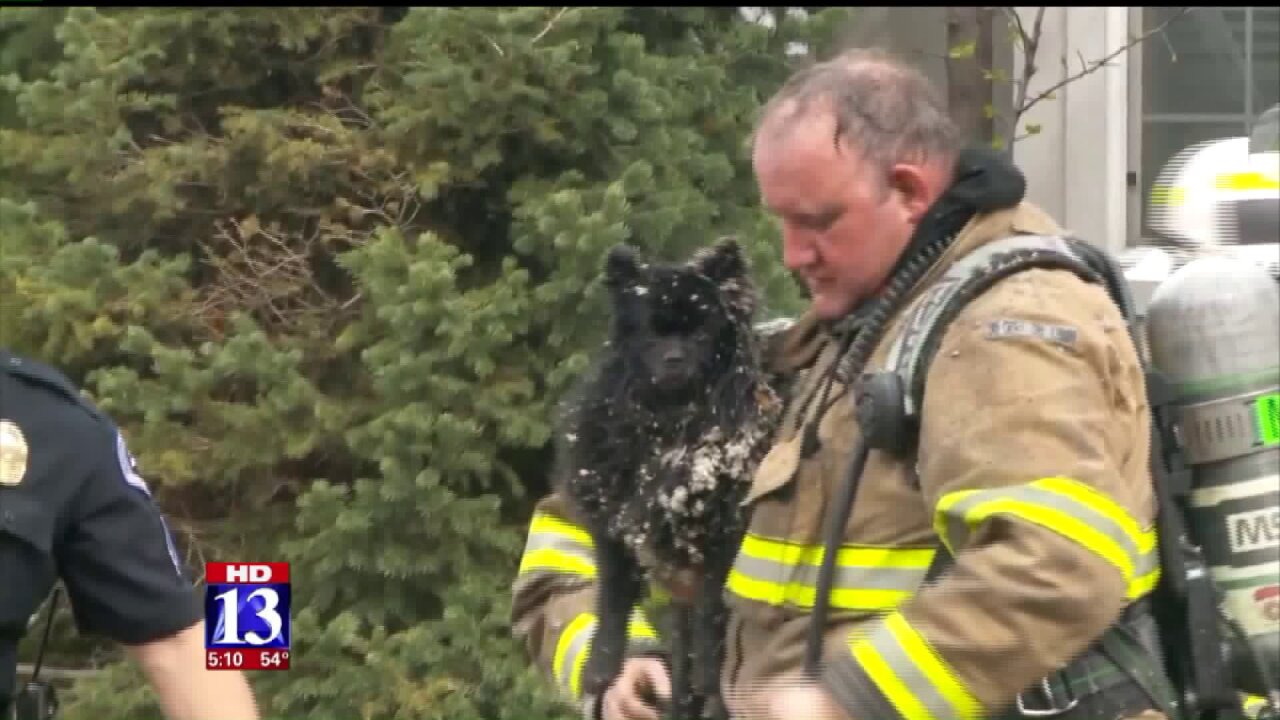 SOUTH JORDAN, Utah – It was a close call for two family pets in South Jordan Sunday after a house went up in flames.

Firefighters were dispatched to a home near 11800 South 4000 West shortly after 2 p.m. Sunday.

Tina Brown, a spokesperson for South Jordan City, said crews arrived and saw heavy smoke coming from the home. The fire is believed to have started in the garage.

“Our firefighters did make way into the home,” she said. “The ceiling did collapse, at which point they pulled back and continued to fight the fire from the outside.”

According to a press release, all firefighters made it out safely after the partial roof collapse, and no injuries were reported.

Nobody was home at the time of the fire, but crews did rescue two dogs. Firefighters gave both of the dogs oxygen and resuscitated one of the animals. One dog was taken to a veterinarian and the other is back with the family.

The cause of the fire remains under investigation, and the damage is estimated at about $200,000.

The American Red Cross of Utah is assisting the two homeowners after the fire.