At least 12 dead, 3 injured after church bus collides with pickup truck in Texas 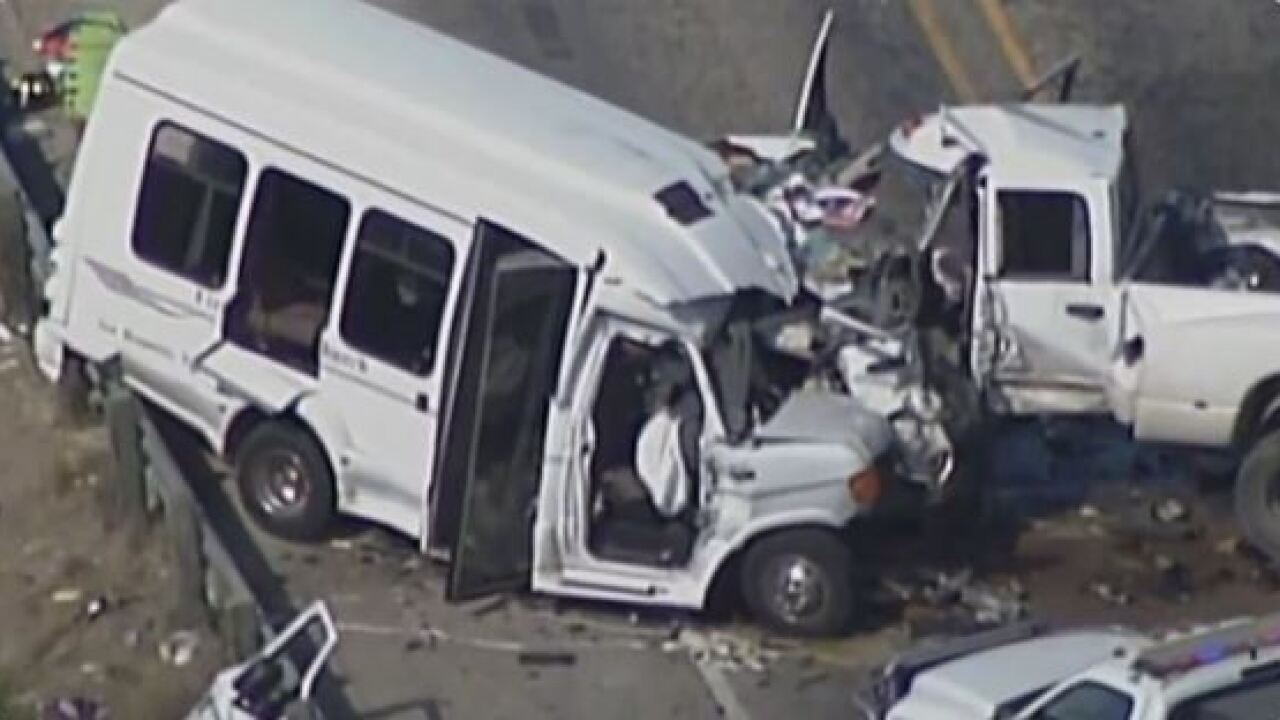 SAN ANTONIO, Texas — At least 12 people are dead and another three people were injured in a head-on crash Wednesday in Concan, Texas–which is about 75 miles west outside of San Antonio.

Fox News reports the crash involved a pick-up truck and a church bus on Highway 83 near Garner State Park, and local officials confirm at least a dozen people died.

The First Baptist New Braunfels church states they have received word a bus carrying their senior adults back from a retreat was involved in a crash and several are dead. The church is asking for prayers on behalf of the victims.

So far the cause of the crash is unclear. This is a developing story, check back for updates.