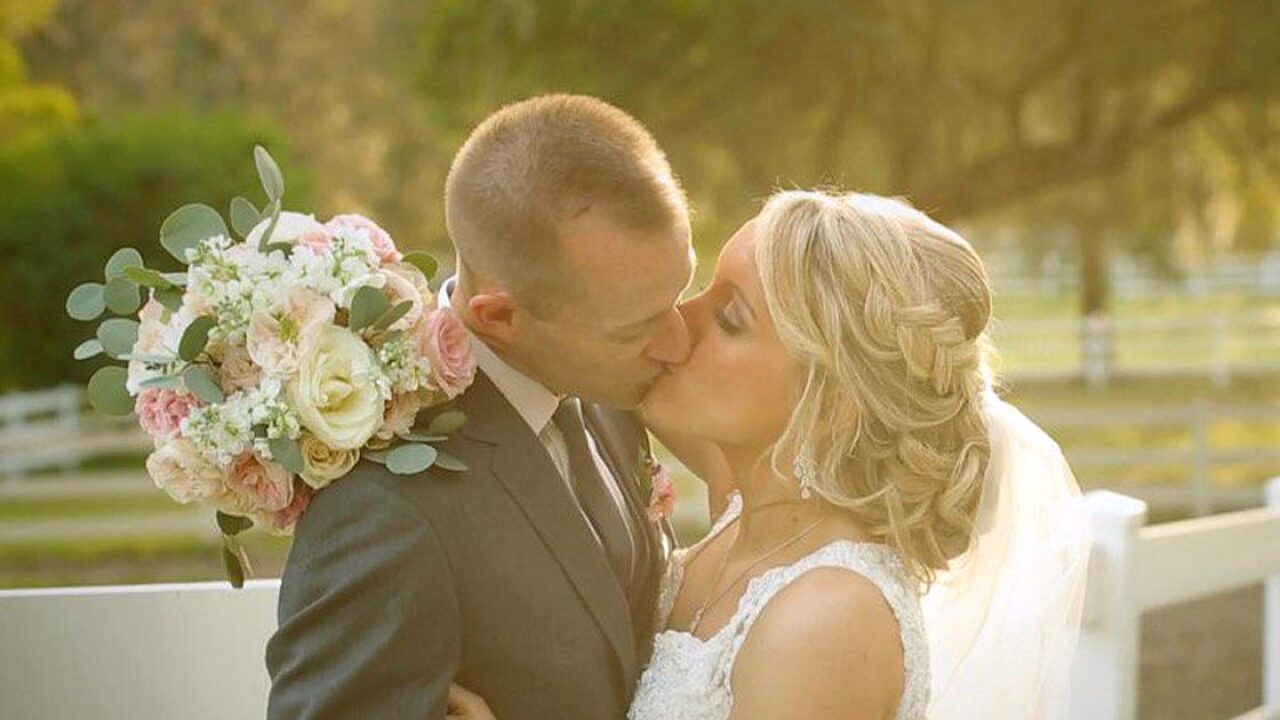 TAMPA, Fla. — When Melissa Dohme Hill was 20 years old, she received a call from her high school ex-boyfriend asking to meet up one last time to gain closure. When she arrived, he pulled out a switchblade, stabbed her 32 times and left her bleeding by the side of the road.

She would have died there had it not been for Cameron Hill who was one of the first paramedics to arrive.

“I would never want to go through the horrific attack again, but with where I am today, I wouldn’t change it,” Dohme Hill told CNN. “I would have never met Cameron, so I believe it was fate that brought us together.”

After the attack in 2012, Dohme Hill flatlined four times. She lost so much blood that she went into a coma and suffered a stroke that left her paralyzed. Many of her facial nerves were severed and she was left unable to speak or smile.

Cameron Hill was one of the first responders who found her and put her in a helicopter to the trauma center.

A year later, the two met at a luncheon. They started dating two months after that.

He proposed in 2015 at a baseball game, and the two were married this month in front of many of the first responders and doctors who’d helped Dohme Hill survive her attack.

She now works as an advocate against domestic violence at Hands Across the Bay.

“My message to anyone hiding in silence…If you are currently being abused, know that you are not alone, and it is not your fault,” Dohme Hill told CNN.

“Please reach out to your local domestic violence center for assistance on how to safely end the relationship, because ending an abusive relationship can be very dangerous.”