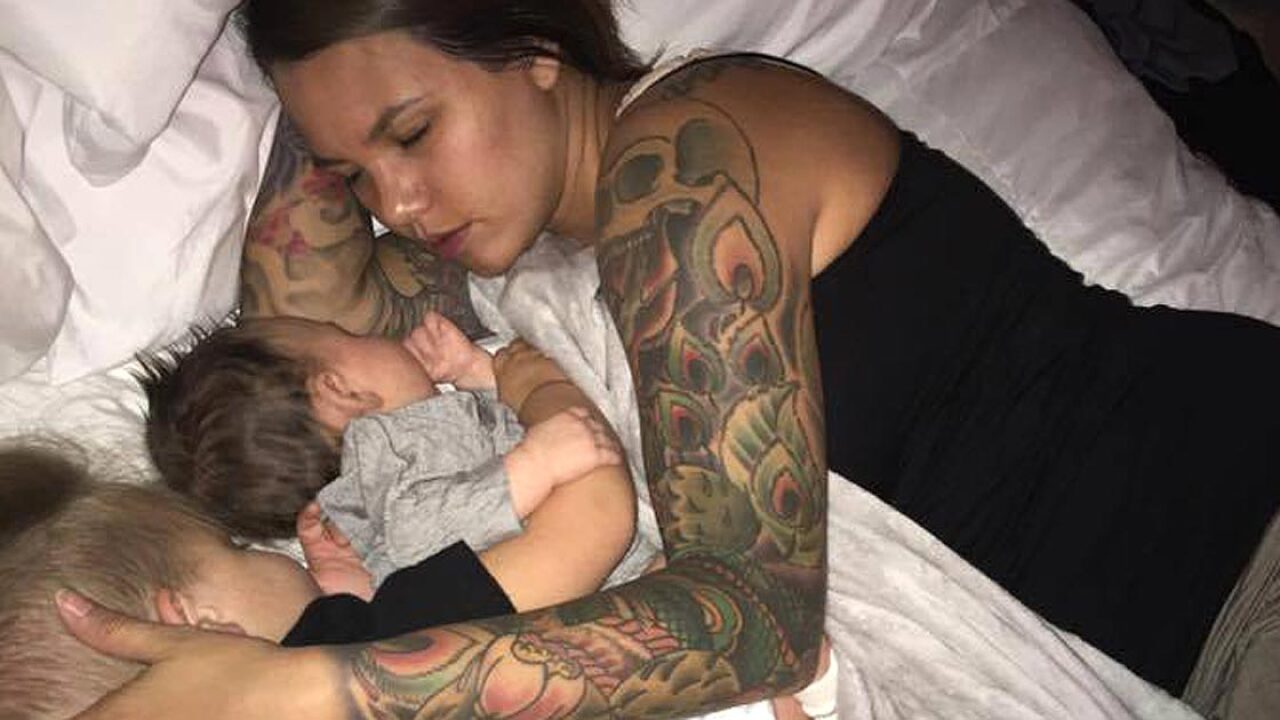 YUKON, Okla. – A man’s Facebook post of his wife 'co-sleeping' with their children has gone viral and sparked a debate.

David Brinkley of Yukon, Oklahoma, shared a photo of his wife, Alora, sleeping with their toddler and baby over the weekend.

"I just decided to come out as a man and set a few things straight. I do NOT hate any part of what makes my wife the mother that she is," Brinkley wrote on Facebook. "I would NEVER degrade or disregard anything that she feels like doing for my children.”

“Do I have to squeeze into a small corner of the bed sometimes? Yeah? But my God how beautiful does she look holding my children? Making them feel loved and safe?"

CBS News reports one user wrote: “Co-sleeping is not safe. Children get rolled on all of the time, and this type of behavior creates children who can’t sleep on their own without touch!”

Although some praised the co-sleeping saying that it has been done for years and that lots of parents do it.

Brinkley’s wife defended the photo on Facebook saying, “This photo is one second in millions of passing seconds- it's hardly a full story. This picture was taken when I was having one of the hardest days as a mom.”

“This was a special nap time experience- I laid down to nurse my daughter- my 2 year old son came in to snuggle with his baby sister,” she added. “My husband supervised this entire experience and made it possible for me to comfortably lay with them both like this as he very lovingly and carefully watched over us.”