Two killed after van, semi drive through crashed semi-trailer on its side on I-70 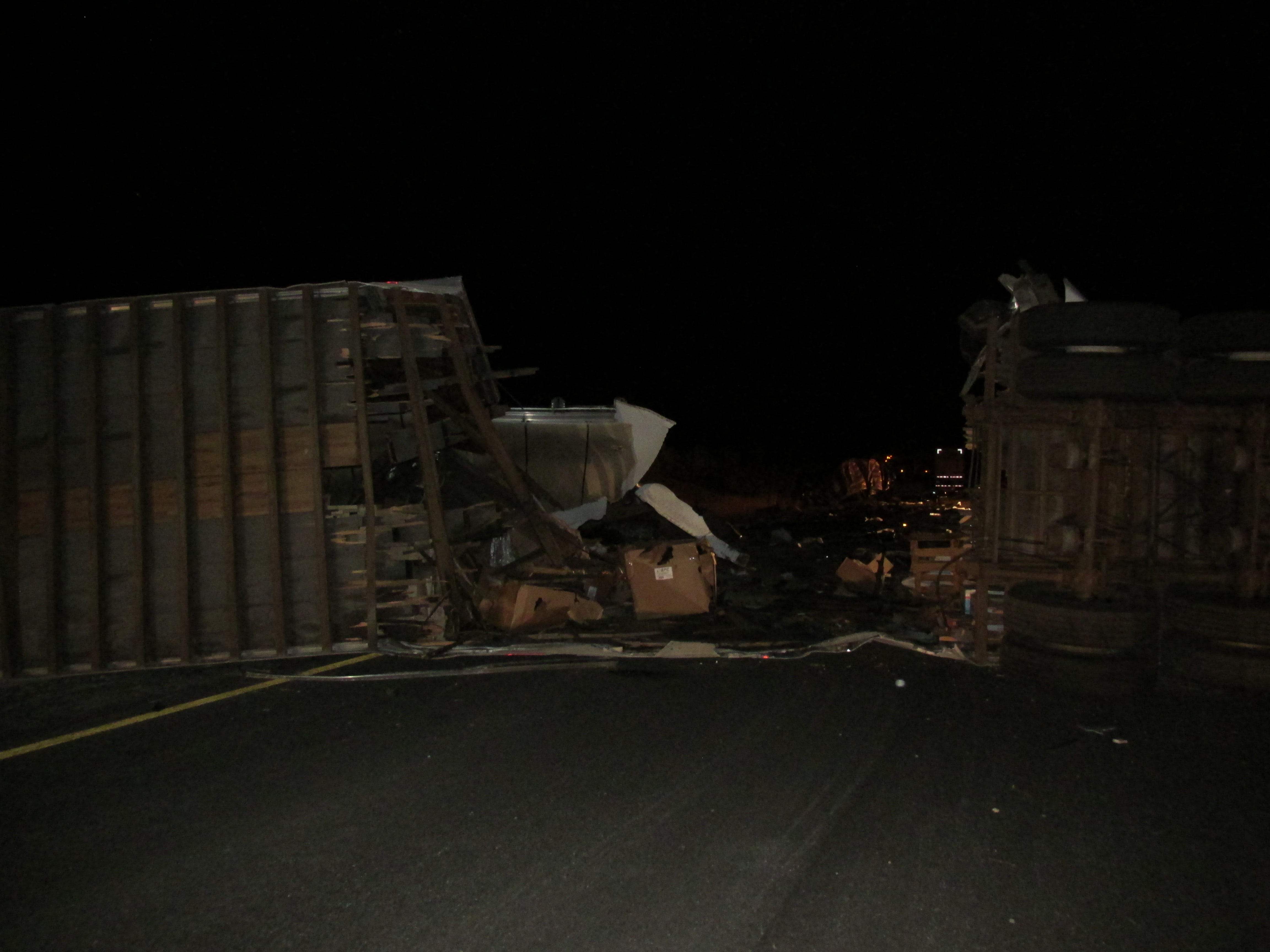 GRAND COUNTY, Utah — Two people were killed in Grand County early Wednesday morning after a van drove through the trailer of a semi on its side on the highway and a second semi came through the same gap, striking the van.

According to the Utah Highway Patrol, the crash occurred around 12:29 a.m. Wednesday on I-70 near mile post 214.

A semi-trailer traveling eastbound drifted off the right shoulder of the road, and after the driver over-corrected the vehicle crashed and came to a rest on its side blocking two eastbound lanes of travel.

A van crashed into the semi, going though the trailer and coming to a rest on the other side. The occupants of that van then exited the vehicle and began walking around the scene.

A short time later a second semi came upon the scene and hit the first trailer. The second truck, “ran right through the same spot slamming into the back of the Mercedes Van.”

An occupant of the van who had exited the vehicle was struck in the second crash and suffered fatal injuries.

The second semi continued on after the impact and jack-knifed into the median. The trailer made contact with the cab as the vehicle jack-knifed, striking and killing the driver.

The occupant of the van who was killed has been identified as 57-year-old Stephen G. Tilford of Topeka, Kansas. According to stevetilford.com, Tilford is competitive cyclist. A friend who was also injured in the crash posted a new blog entry on the website detailing the crash.

The driver of the semi who was killed has been identified as 70-year-old Stanley Williams of Grand Junction, Colo.