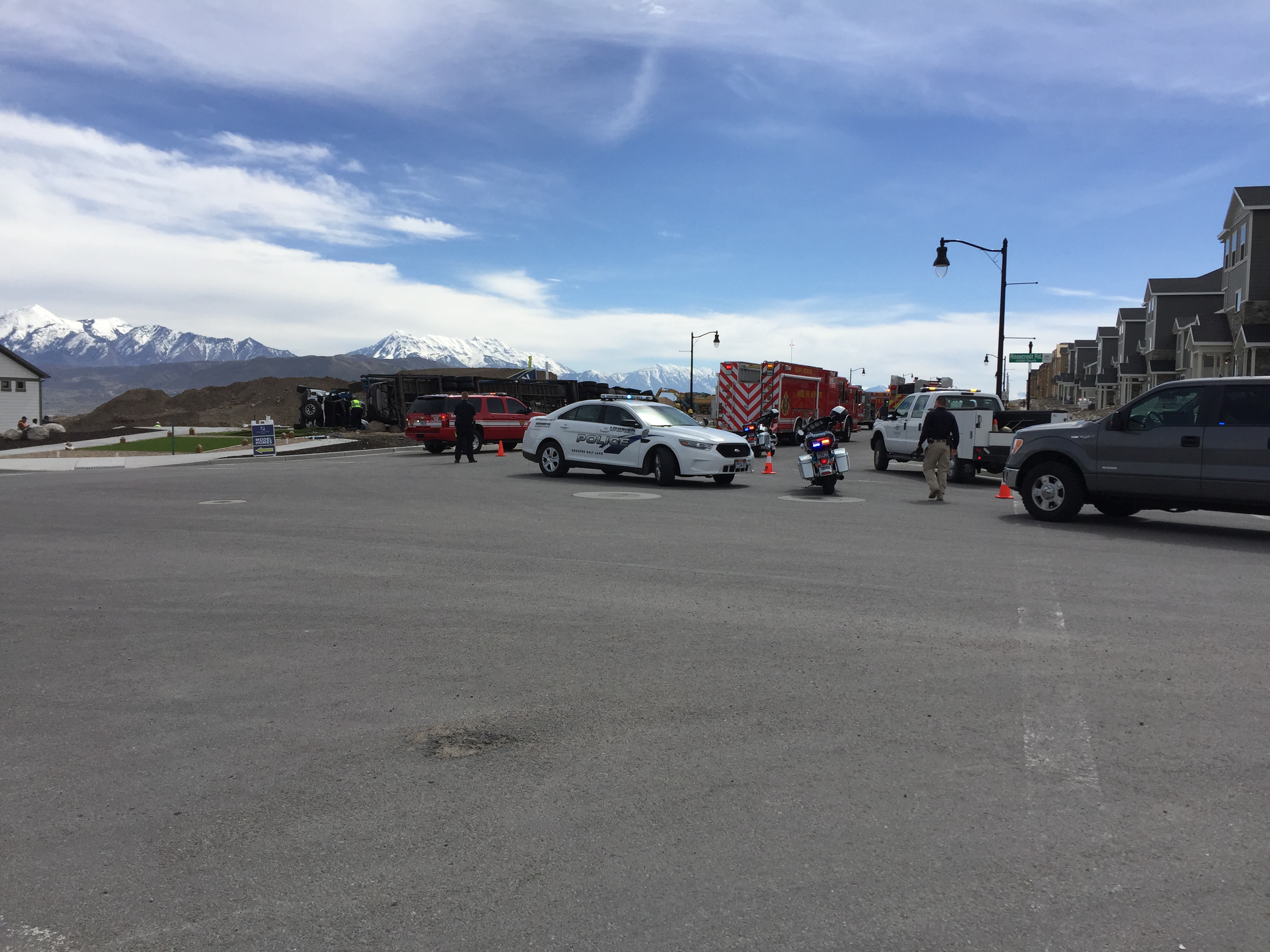 HERRIMAN, Utah — The driver and a passenger in a semi-trailer were both injured Thursday morning in a rollover crash in Herriman.

The crash happened around 11 a.m. at the intersection of Rosecrest Rd. and Autumn Crest Blvd.

A representative for the Unified Fire Department said the semi-trailer tipped on its side, and the passenger was taken to a hospital in fair condition.

The driver, who was critically injured in the crash, was extricated from the vehicle and taken by helicopter to a hospital.