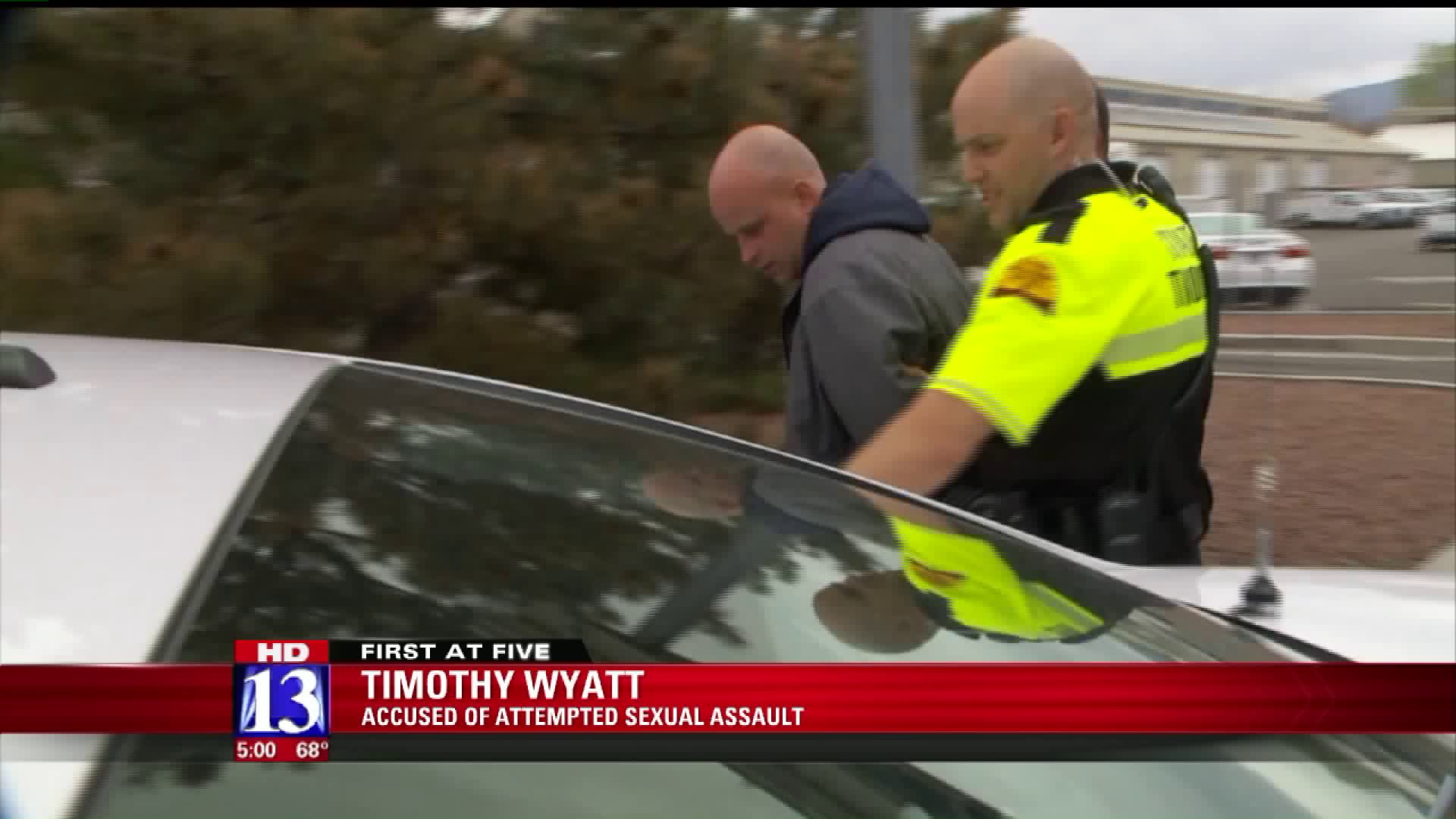 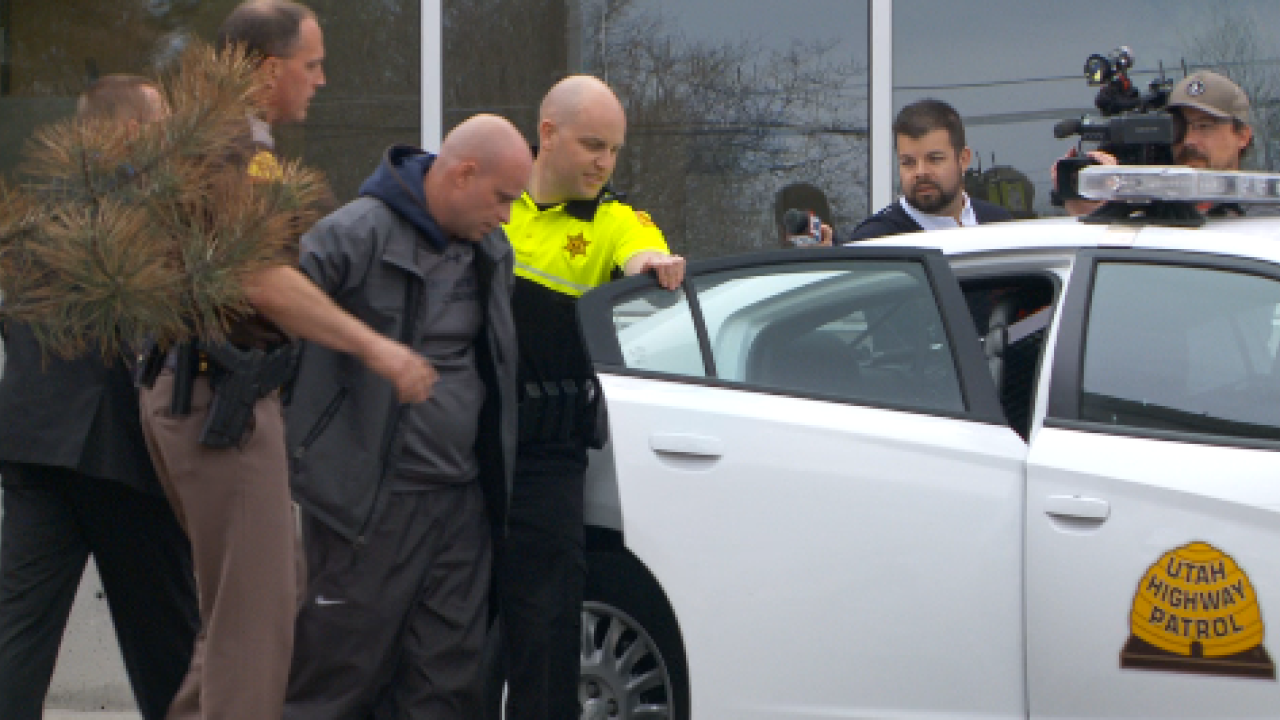 TAYLORSVILLE, Utah -- Police have arrested a man accused of grabbing a woman inside a locker room at Salt Lake Community College.

After a manhunt that lasted a couple of hours and put nearby schools in lockdown, officers arrested Timothy Alan Wyatt, 33, on suspicion of forcible sex abuse, assault, burglary and drug possession.

The incident began Friday morning at SLCC's Redwood Road campus. Utah Highway Patrol Sgt. Todd Royce said a 19-year-old woman walked into a locker room and was grabbed from behind.

"He grabbed her from the rear. She was able to fight back," he said.

According to a probable cause statement filed with jail booking documents, Wyatt had been in the women's locker room for 90 minutes before the woman walked in. Police said he placed tape over a light sensor so they would not turn on.

Wyatt grabbed the victim from behind while wearing latex gloves and put his hand over her mouth and tried to pull her further inside the locker room, police wrote in the document, and groped the woman's breast.

"The victim bit Timothy Wyatt's arm and elbowed him in the chest," police wrote. "The victim ran from the locker room to seek help."

Four other students chased him out of the building, Royce said, grabbing a license plate for a pickup. Police launched a manhunt in surrounding neighborhoods. A pair of schools were placed in lockdown.

In the jail booking affidavit, police wrote that Wyatt attempted to break into a home nearby. A short time later, an officer pulling into a 7-11 parking lot at 3500 South Redwood Road spotted the wanted pickup.

Timothy Wyatt speaks to FOX 13 as he is led away in handcuffs. (Image by Doug Eldredge, FOX 13 News)

"As soon as he came out of 7-11, he realized who it was," Royce said of the officer. "He actually had his K9 and gave commands to the suspect, Mr. Wyatt, he got down on the ground and held him there in containment with his K9."

Police allege that inside the vehicle, they found medical supplies taken from SLCC (where Wyatt is not a student) and a substance believed to be methamphetamine.

As he was being taken to the Salt Lake County Jail, Wyatt denied assaulting the woman in brief remarks to FOX 13.