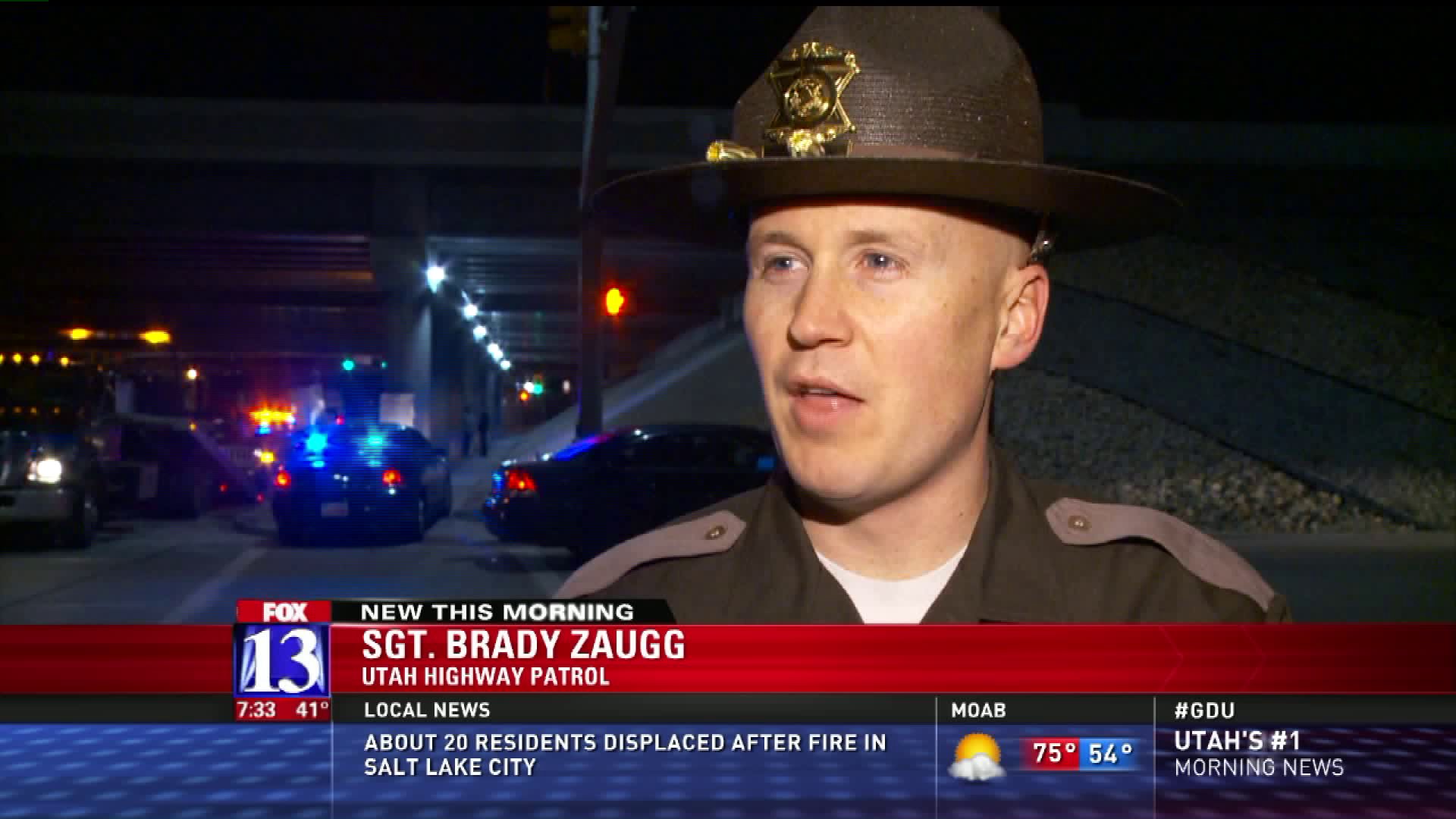 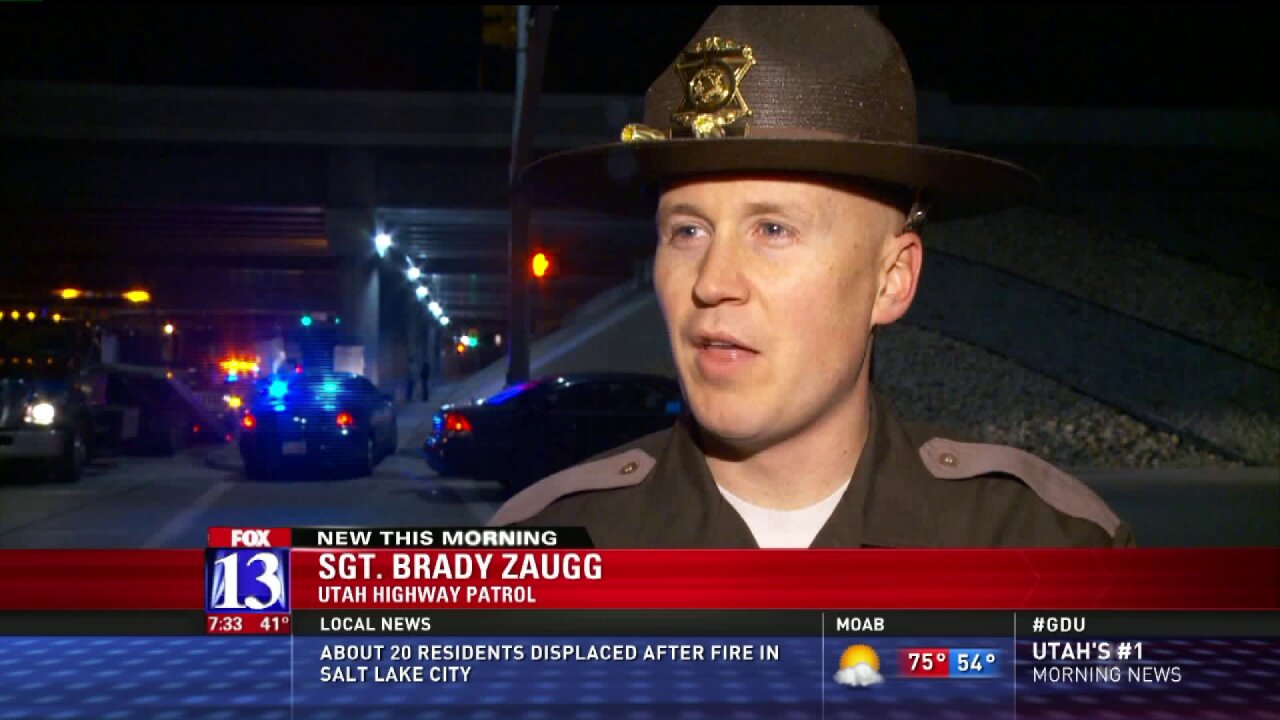 SALT LAKE CITY -- Police have taken a man into custody after he allegedly stole a vehicle, then crashed it with another woman on Friday night.

According to Sgt. Brady Zaugg of UHP, a trooper saw a disabled jeep facing westbound in the eastbound I-15 lane of 1300 South around 8:30 p.m. where he went to investigate.

"We believe that they struck some sort of an embankment or raised concrete median. It actually broke one of the driving axles of the vehicle, and they just abandoned the vehicle in traffic and were walking away from it when our trooper arrived," Zaugg said.

The trooper found no one inside the jeep, officials said, but a short distance away discovered a man and a woman who fled the officer. Officials said, the officer was able to apprehend the man, but the woman escaped and is still unidentified.

According to officials, they discovered the jeep was stolen outside of West Jordan and inside the vehicle investigators found drug paraphernalia, stolen license plates and a pellet gun.