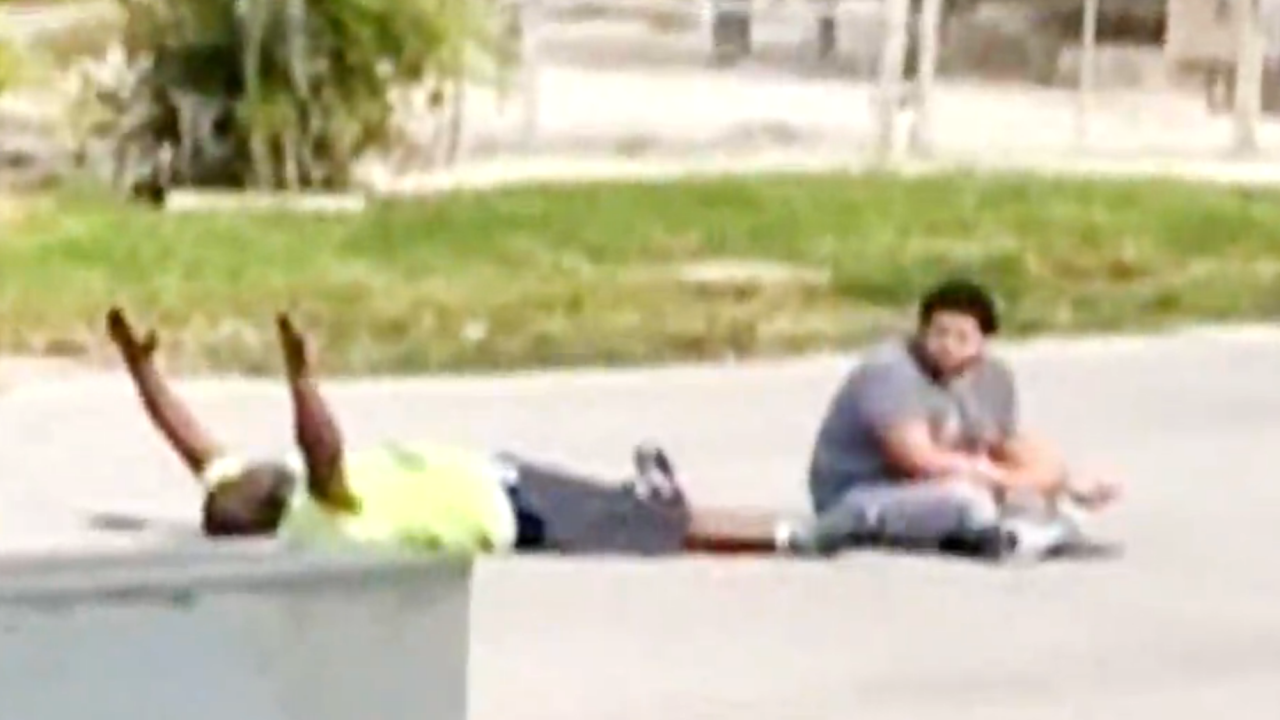 (CNN) — A North Miami police officer who shot an unarmed African-American man lying in the street with his hands up faces charges for the shooting, according to an arrest affidavit issued on Wednesday.

Jonathon Aledda, a four-year veteran of the department, faces charges of attempted manslaughter, a third-degree felony, and culpable negligence, a first-degree misdemeanor, according to the Miami-Dade State Attorney’s Office.

The charges stem from what prosecutors said was a “lengthy inquiry” into the July 2016 shooting of Charles Kinsey, a caretaker at a home for people with mental disabilities.

When he was shot, Kinsey was attempting to calm Arnaldo Soto, a man with autism who was playing with a toy truck that police believed could be a firearm.

The affidavit says Aledda was not the closest officer to the scene and was 152 feet away from Kinsey when he fired.

Cellphone footage of Kinsey’s apparently peaceful actions moments before the shooting caused outrage and protests at the time.

What the investigation found

According to the affidavit, a 23-year-old autistic man had ventured into the street outside the home, and Kinsey followed him in an attempt to bring him back inside.

The autistic man sat down in the street and was playing with a silver toy truck. Passersby thought that may have been a gun and called police, according to the affidavit.

As armed officers made their way into closer position, Kinsey lay down on the ground with his hands in the air, yelling at police that there was no threat, according to cellphone footage of the incident.

“All he has is a toy truck in his hands. A toy truck,” Kinsey says in the video. “I am a behavior tech at a group home.”

Shortly after that, Aledda shot three times, according to the affidavit.

One of those shots hit Kinsey in the right leg. He was taken to a hospital and survived.

Neither Kinsey nor the autistic man had exhibited any new behaviors when Aledda fired, according to the affidavit. Several officers said they did not know where the shots had come from until later.

As officers moved in to secure Kinsey and the autistic man, Aledda asked to speak with a sergeant on the scene.

“I need to talk to you,” he said, according to the affidavit. “I’m the one who shot.”

The shooting was first covered by CNN affiliate WSVN, which interviewed Kinsey at his hospital bed. Kinsey told WSVN that he was shot out of nowhere with his hands in the air.

At the time, the local police union representing Aledda said the shooting of Kinsey was accidental.

“The movement of the white individual made it look like he was going to discharge a firearm into Mr. Kinsey, and the officer discharged trying to strike and stop the white man,” said John Rivera, president of the Dade County Police Benevolent Association. “Unfortunately, he missed the white male and shot Mr. Kinsey by accident.”

“The (union) is now trying to say they intended to shoot my client, and instead they shot my employee,” Clint Bower told CNN’s “New Day” in July. “To me, that’s just outrageous.”