Strong winds hit Utah Thursday and toppled several semi-trailers on I-80, caused several power outages, and sent a tree crashing down onto a Magna home.

The National Weather Service states a high wind warning is in effect until 10 p.m. in Utah's west desert and strong winds are also expected elsewhere. Winds of more than 60 mph have been reported in South Ogden and Logan.

Salt Lake City International Airport says more than two dozen flights have been diverted due to strong winds, and they encourage passengers to check with their specific airlines for details regarding flight delays.

Power has been restored for thousands of customers in Salt Lake City, South Salt Lake, Millcreek and Midvale. Outages have also been resolved in Riverdale and Roy as well as Hyde Park and Smithfield.

Authorities say one of the trucks was blown over near milepost 77, west of Grantsville, while the other two were in the area of mile post 40. There were no injuries reported in connection with the crashes.

The semis are hauling light loads, and while the vehicles are clear of the roadway they are waiting until the wind calms down before standing the semis back up again.

The wind also sent a trampoline into the street in South Jordan, and a tree came down onto a home at 9200 West and 2800 South in Magna.

The homeowner tells Fox 13 News the strong wind pushed the tree over around 3 p.m. There were no injuries reported.

Isolated showers and thunderstorms are possible over northwest Utah and along the Idaho border by late Thursday afternoon and evening; they could bring microburst winds.

Strong cross winds will continue to significantly impact travel along I-80 Thursday , with shifting winds behind the front creating additional hazards.

These major routes are expected to have weather-related travel concerns:

Temperatures across northern Utah could be 25 degrees colder Friday.

Wind advisories and high wind warnings are in effect for much of Utah. 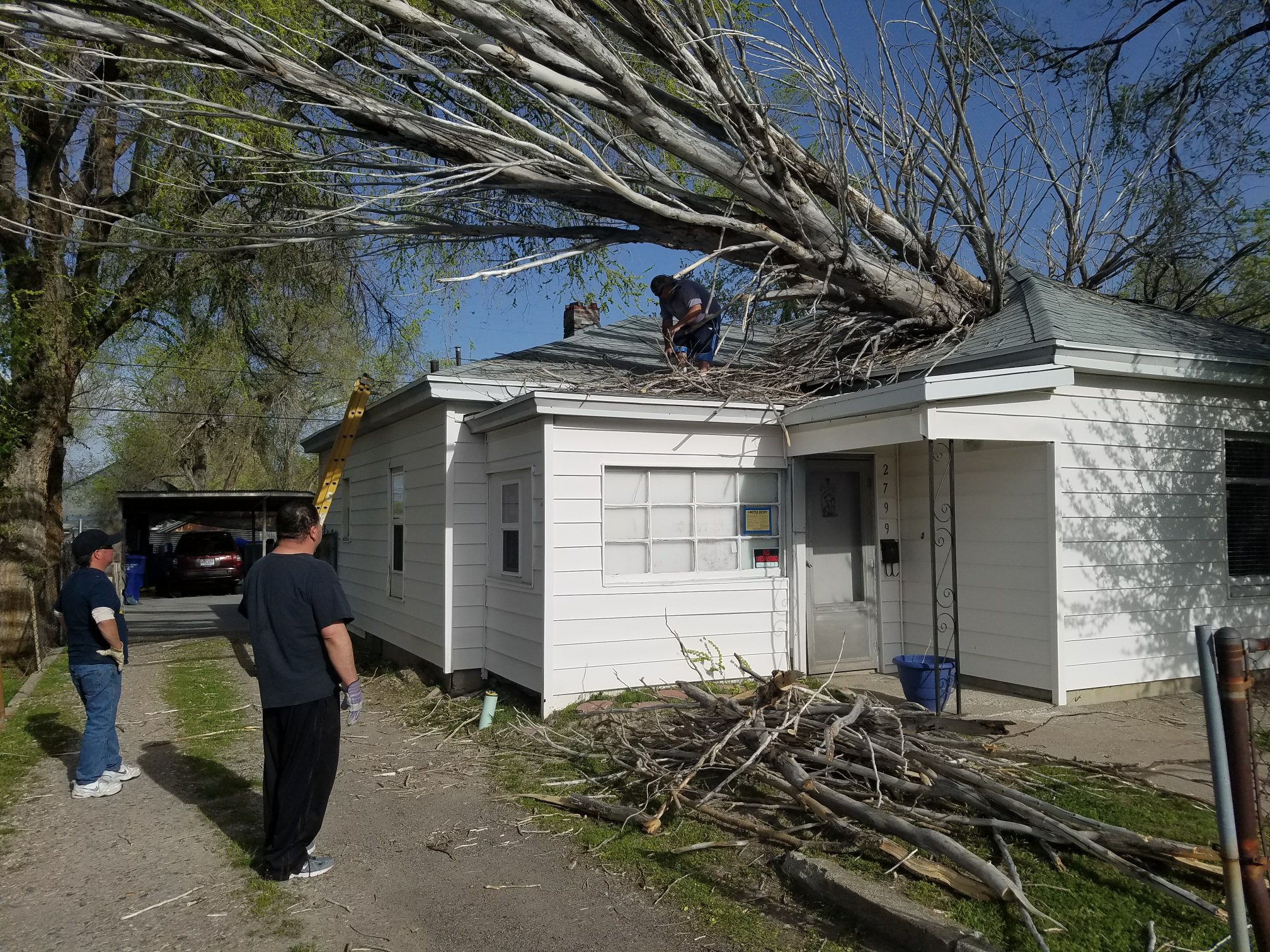