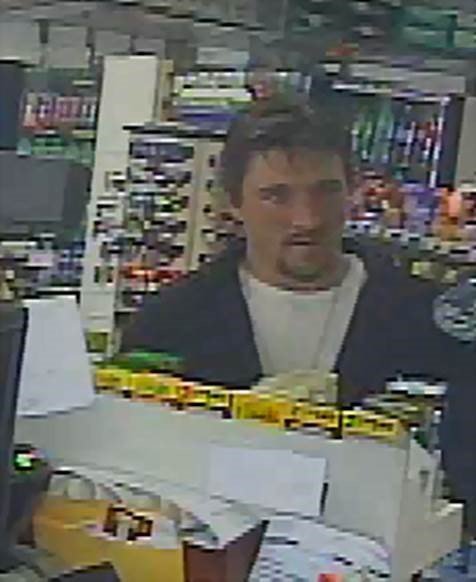 By AnneClaire Stapleton and Faith Karimi

(CNN) — The man accused of robbing a Wisconsin gun shop and mailing a manifesto to President Donald Trump was captured Friday after a 10-day manhunt, the Rock County Sheriff’s Office said.

Joseph A. Jakubowski, 32, was apprehended before 6 a.m. at a campsite in Vernon County, Wisconsin, the sheriff’s office said. He was taken into custody without incident after a large number of law enforcement officers surrounded him.

Authorities who spoke Friday afternoon at a news conference said they were relieved the arrest was made.

“What could have happened here was a mass shooting,” said David Moore, police chief in Janesville, Wisconsin, where the guns were stolen. “That was our concern.”

Rock County Sheriff Robert D. Spoden said the suspect was living in “primitive conditions” when a landowner spotted Jakubowski camping on his property and notified authorities.

“It was just basically a tarp he was living under,” Spoden said. “He looked disheveled. He looked like he hadn’t slept in some time.”

Jakubowski was found with a copy of his manifesto and four handguns, a long gun, ammunition and a samurai sword, said Justin Tolomeo, the FBI special agent in charge of the Milwaukee office.

Authorities declined to talk about what happened to about a dozen other firearms stolen from the gun shop that are unaccounted for, including a machine gun.

They also wouldn’t talk about the possibility of other suspects or explain how Jakubowski traveled about 120 miles from the site of the gun shop theft to the campsite.

During the manhunt, police charged Jakubowski with three felonies: burglary to arm himself with a dangerous weapon, theft and possession of burglarious tools, according to a criminal complaint.

Federal charges will be filed, Tolomeo said. Jakubowski was scheduled to make a first appearance Friday afternoon in federal court in Madison.

The case began April 4 in Janesville, 70 miles southwest of Milwaukee, where the fugitive allegedly stole arms from a gun shop. He then abandoned his car, which was found ablaze a short while later on a nearby street.

The same day he allegedly stole the guns, Jakubowski sent a 161-page manifesto to the White House and left behind a video showing himself mailing it, according to Cmdr. Troy Knudson.

In a portion of the manifesto obtained by CNN affiliate WTMJ-TV in Milwaukee, Jakubowski purportedly described the government as a “gang of terrorists.”

He said he stole the guns because the system has “stolen my natural right to protect and defend life,” WTMJ reported.

“Priests and churches control the presidents and the banks … ,” he wrote, according to the affiliate. He also described health insurance and taxes as a way for the government to brainwash its citizens.

A law enforcement official close to the investigation confirmed the portion of manifesto as authentic, according to the affiliate.

Investigators said they analyzed the manifesto and discovered grievances focusing on several topics but no specific threat to any group.

“There were two themes in the manifesto,” Moore said. “He was anti-government, and he certainly had his concerns on the federal government and (was) anti-religion. Those seem to be the two strongest themes.”

Knudson of the Rock County Sheriff’s Office said he was unaware of specific people targeted in the manifesto. House Speaker Paul Ryan is a resident of Janesville. Knudson said local law enforcement was keeping US Capitol Police in Washington abreast of the investigation.

Jakubowski also threatened in the manifesto to steal weapons and use them against public officials or schools. The Janesville School District was briefly put on a lockdown, a district spokesman said.

More than 150 officers from local, state and federal law enforcement agencies took part in the manhunt.

Donald McLean, Jakubowski’s stepfather, said the two are estranged and haven’t talked for two years. But the suspect has not been a fan of authority, especially police officers, since age 17, he said.

CNN’s Peter Morris and Jeanne Bonner contributed to this report.