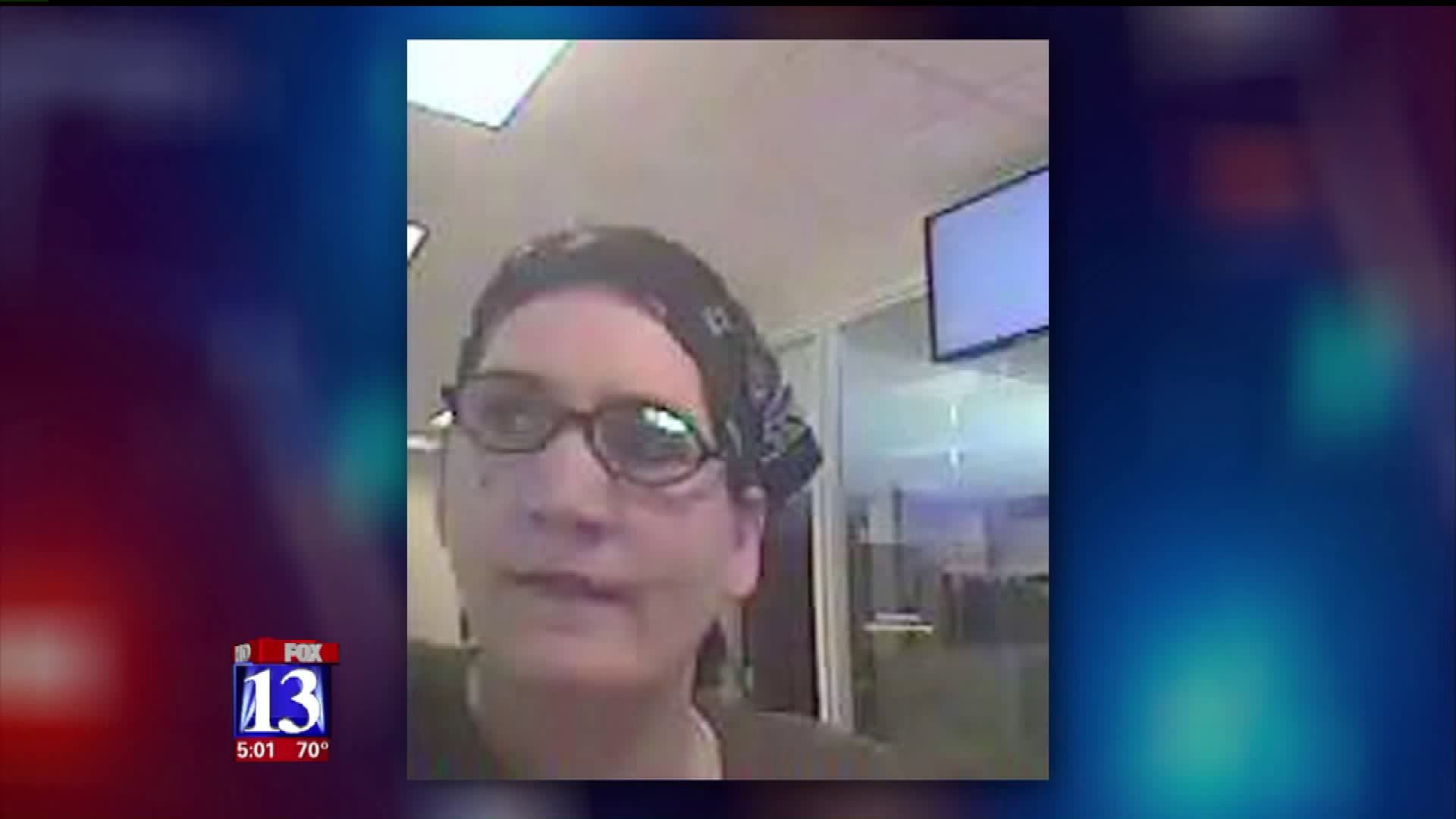 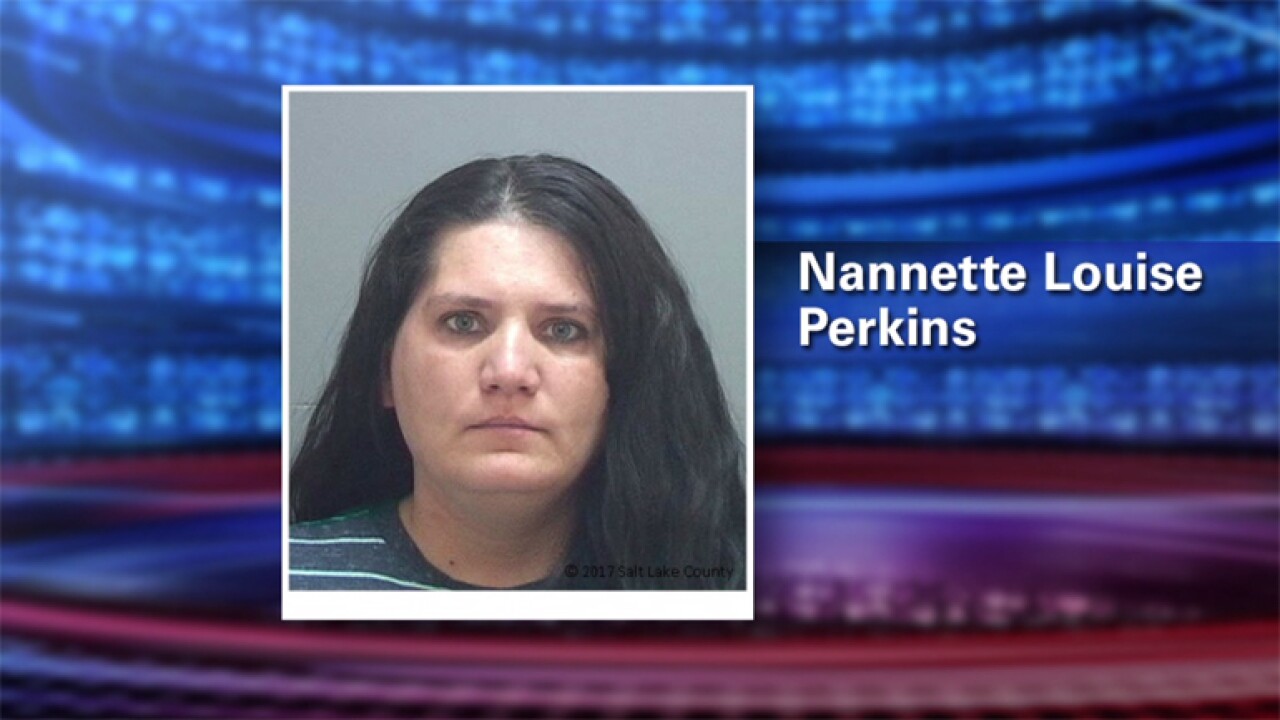 Police said the robberies began at the Chase Bank at 3430 S Redwood Rd. in West Valley City Friday afternoon. In each case, police said, the suspect entered the bank, handed a teller a note to demand cash, then left the bank.

On Saturday morning, Salt Lake City police responded to a Chase Bank branch at 1295 S Redwood Rd. In this incident, police said, the suspect passed the teller a note to demand all of the $20, $50 and $100 notes, but the teller did not comply and the suspect fled.

In the Sandy robberies, police said the suspect was wearing black glasses, a blue bandanna, a dark shirt and pajama bottoms.

“It’s very brazen; she feels like she can get away with it,” said Lt. Brian Lohrke, Unified Police Department.

According to a probable cause statement, Perkins was taken into custody after Salt Lake City police received a tip. The statement said Perkins' boyfriend, who wasn't identified, received $4,200 in cash from Perkins on Saturday.

"We ended up just getting woken up by police and taken in for questioning," said a family member living at Perkins' home."

Police said Perkins' boyfriend and her son both identified her as the woman seen in surveillance images from two of the banks. Perkins declined to be interviewed by police without an attorney present. However, a family member at her apartment confirmed she came home Saturday with an unexpected surprise.

"Suddenly, she had just a bunch of money," the family member said. "I don't even remember what her excuse was."

Perkins is being held in the Salt Lake County Metro Jail on several second-degree felony counts of robbery. The FBI Violent Crimes Task Force, which is comprised of FBI agents and detectives from state and local agencies.

Family members say they plan to ask a judge for leniency and believe that Perkins isn't violent, but rather suffering from other addictions that may impact her judgement.
"Nobody should be making decisions like this if they're right in the noggin," the family member added.