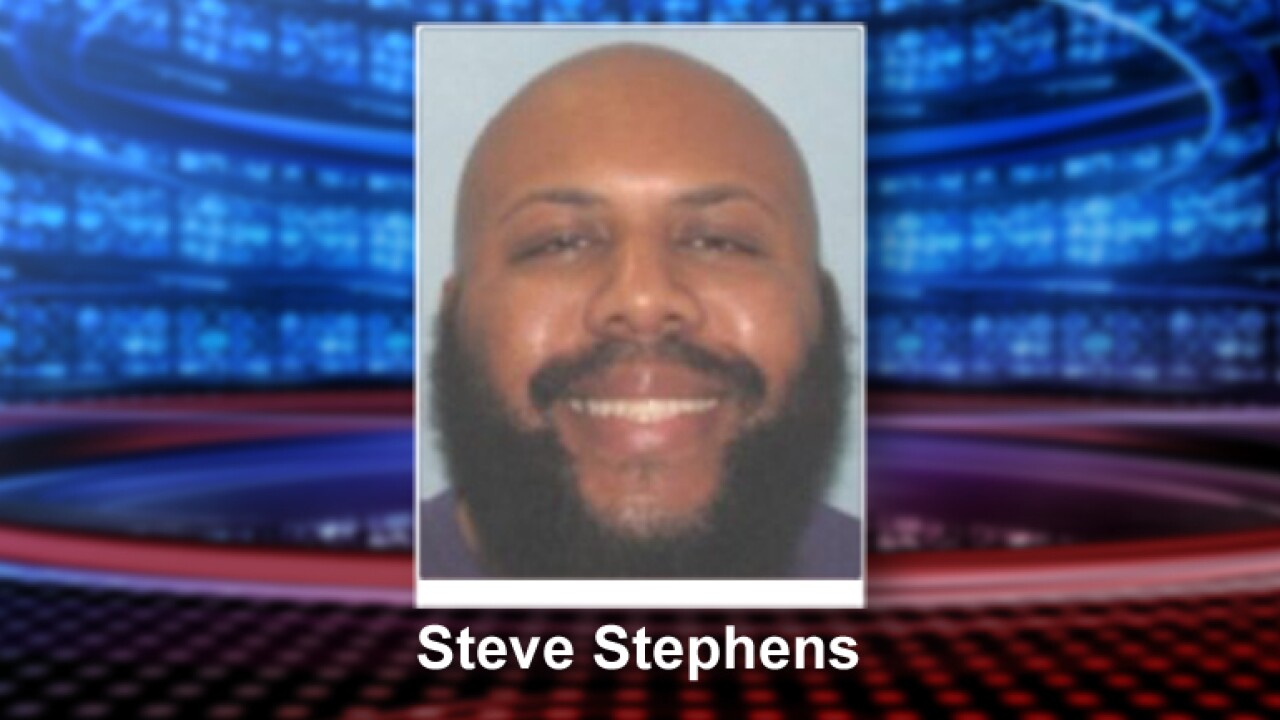 (CNN) — “I think that’s the Facebook killer in our drive-thru.”

With those words, an alert McDonald’s employee set in motion the end of a manhunt for the suspect in a chilling Easter Day murder, a killing captured on video and posted to Facebook.

The order came through the McDonald’s drive-thru window in Harborcreek Township, Pennsylvania, around 11 a.m. on Tuesday: Chicken McNuggets and a side of fries.

When the driver of the white Fusion with Ohio tags reached the payment window, the employee recognized him from news reports and called police.

The driver was Steve Stephens, the suspect in the slaying of mechanic and grandfather Robert Godwin in Cleveland.

The employee knew almost instantly. The car and tags matched the ones all over the news. The man had trimmed his beard slightly but his face also matched, franchise owner Thomas DuCharme Jr. told CNN Wednesday.

The employee dialed the police, then alerted DuCharme.

Stephens must have noticed something was wrong. He didn’t wait for his change of five of six dollars, DuCharme said.

Ducharme, who owns four McDonald’s restaurants in the area, asked the worker in the next window to step aside. A supervisor interacted with the alleged killer, who now appeared to be in a hurry.

Authorities said Stephens killed Godwin and posted video of the killing on Facebook before fleeing the state, triggering a nationwide manhunt.

Two cars were ahead of Stephens, and police were on the way by the time he reached the pickup window.

To buy time, the supervisor handed Stephens his 20-piece nuggets and told him his fries would take an extra minute. But Stephens did not wait. He took his nuggets with BBQ sauce and drove off.

DuCharme said the suspect “looked like he had to get going.”

By the time he pulled out of the driveway and onto Buffalo Road, state police were behind him, DuCharme said.

During the chase a trooper rammed into his car. While the car was spinning out of control Stephens pulled a pistol and shot himself in the head, Pennsylvania State Police said.

DuCharme said he was proud of the way his employees reacted.

“You go through a lot of things at McDonald’s,” he said. “You have to be able to roll with the punches and keep going. I couldn’t be happier with them … in how they handled it.”

The employee who initially recognized Stephens took the day off Wednesday, according to DuCharme. “She’s a great employee.”

DuCharme said the $50,000 reward for information on the shooter should go to her but the decision was out of his hands.

“She really was the only one in the restaurant I could see being shook up,” he said.