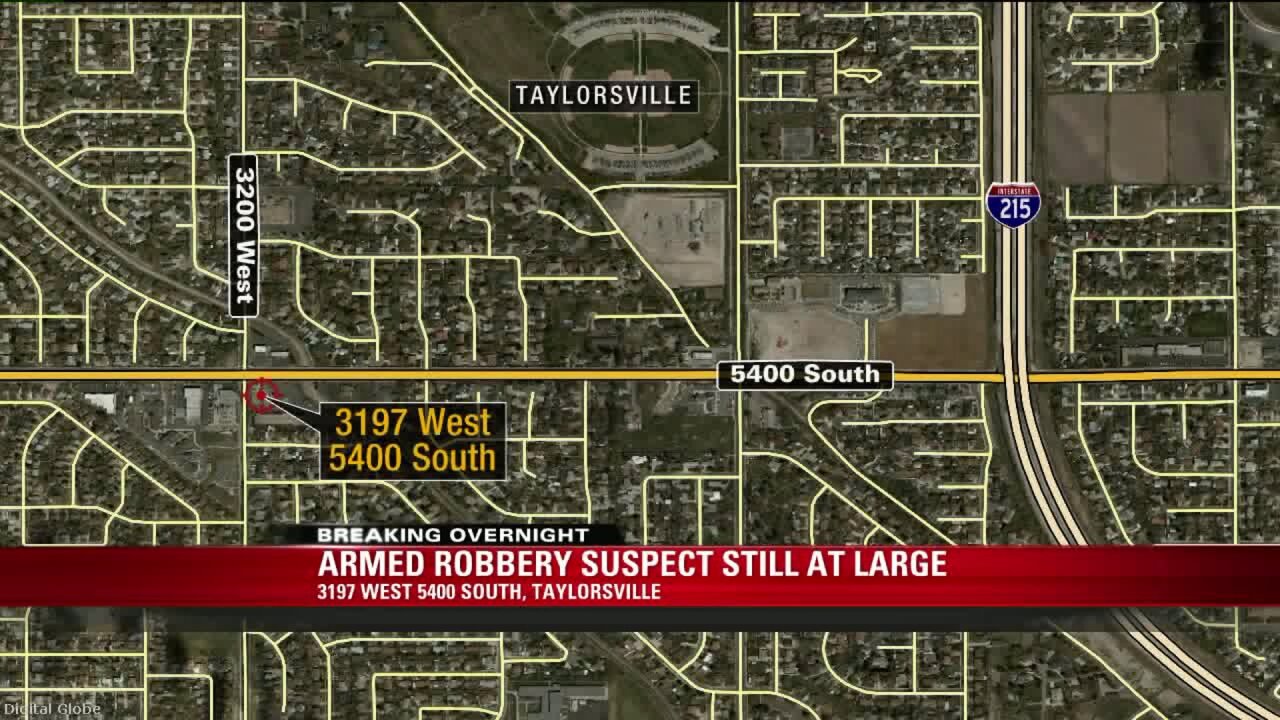 TAYLORSVILLE, Utah – Police are searching for a suspect who held a knife to a Taco Bell worker’s throat.

Officers say the male suspect, carrying both a hatchet and a knife, got in through a back employee door Sunday night.

The suspect demanded money from a male employee as he held the knife to a female employee’s neck.

Police say after the suspect had the money, he left heading south.

Officers set up containment, but could not find him.

Witnesses told police the suspect was a Caucasian man, with sandy blond hair and freckles.

He was wearing a dark puffy jacket with a brown hood.

He had a red bandanna across his face and was wearing jeans.