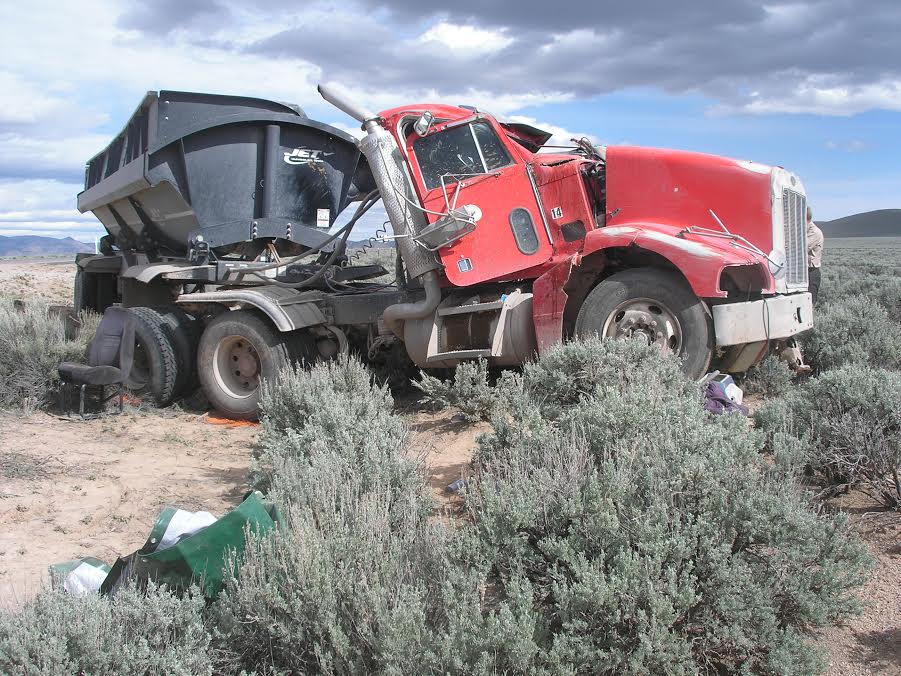 According to the Utah Highway Patrol, the crash occurred at 2:48 p.m. Tuesday on SR-56 near mile marker 20.

The Peterbilt truck drifted to the right side of the road, then corrected back to the left and ended up leaving the roadway. The driver over-corrected back toward the road, but the weight of the load caused the vehicle to shift and then tip over.

The vehicle rolled and came to rest on its side.

The driver of the truck was not wearing a seatbelt and suffered significant trauma in the crash. He was pronounced dead at the scene.