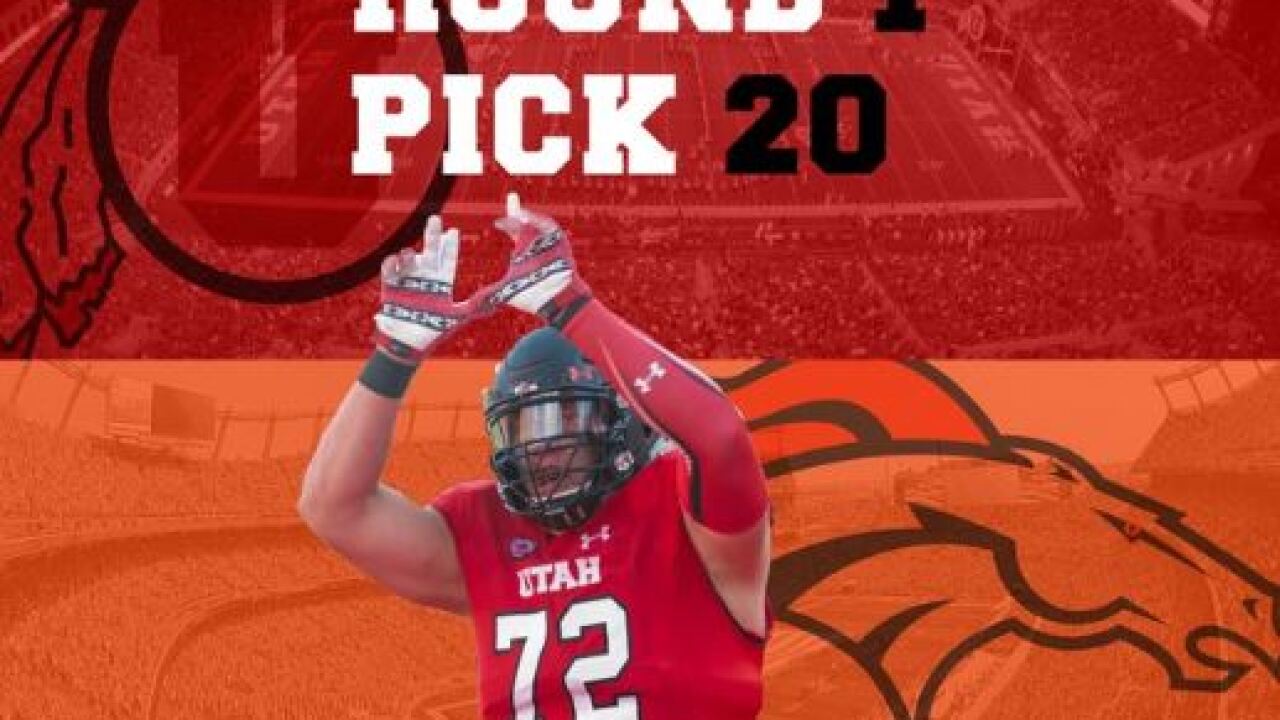 SALT LAKE CITY — Utah’s Garett Bolles is headed for the NFL after being taken during the first round of the Draft Thursday night.

Bolles got his start playing at Snow College and was a two-time all conference pick. He earned national junior college All-American honors as a sophomore.

According to his draft profile on NFL.com, the top junior college prospect in the country chose to remain near home and attended University of Utah–where he earned first-team All Pac-12 recognition.

Utah Football and The Muss both tweeted out their congratulations after the selection.