WASHINGTON COUNTY, Utah -- Troopers assisted by a K9 located 50 pounds of methamphetamine hidden beneath two trap doors inside a car after a traffic stop near the Utah/Arizona border Tuesday.

According to a press release from the Utah Highway Patrol, a trooper stopped a 2010 Ford Taurus travelling northbound on I-15 near mile post 2 around 4:30 p.m. and called for a K9 trooper after the initial investigation.

The K9 indicated the presence of drugs, and a further search revealed two trap doors--one each under the driver's and front passenger seats. Once the trap doors were opened, troopers located 42 brick-shaped packages wrapped in plastic that contained 50 pounds of methamphetamine.

“How much they’re exactly producing? I don’t know, but we’re seeing more of it on the roads,” said Capt. Tyler Kotter with the State Bureau of Investigation.

Police arrested the driver, 27-year-old Rudy Ramirez of Las Vegas, and booked him into the Washington County Jail. Booking records indicate he faces charges for drug distribution, possession of drug paraphernalia, and using a vehicle with a contraband compartment.

Kotter said arrests like these do more to combat the spread of drugs than simply remove a single load from the supply.

“I think it sends a message to those organizations that are involved in this activity to say we are looking for this and it’s not acceptable to have that going through our state,” Kotter said.

Police believe the drugs originated in California and were being taken to the upper mid-west. 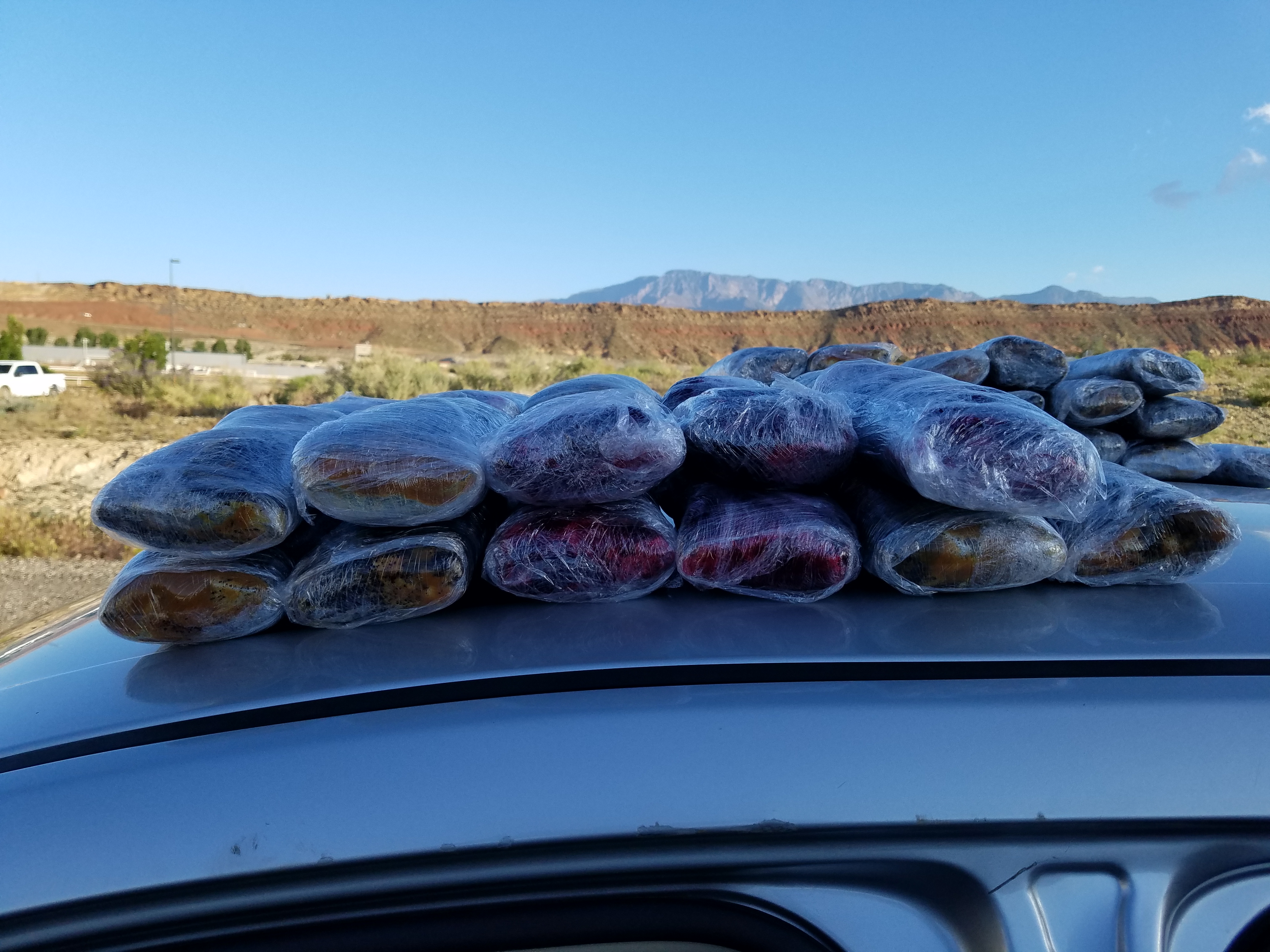