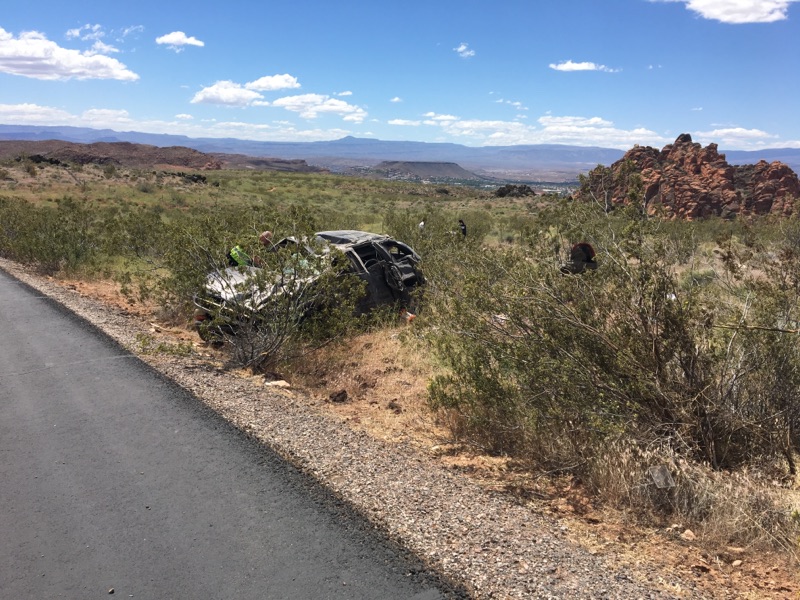 ST. GEORGE, Utah — Three people were killed in a rollover accident on SR-18 near St. George Saturday morning as four men returned from a camping trip.

The Utah Highway Patrol states the crash occurred around 11 a.m. near mile post 7 on SR-18 in St. George as a gray Dodge Durango was traveling southbound.

The driver drifted off the road and lost control. The driver and the two passengers riding in the rear seats were not restrained, and they were ejected as the vehicle rolled.

The driver, 21-year-old Micheal James, and a passenger, 26-year-old Jason Fahsel, died at the scene of the crash.

The other passenger who was ejected, 22-year old Timothy Fahsel, was flown to a hospital, where he later died. All three men lived in St. George.

The passenger in the front seat was wearing a seat belt and suffered minor injuries.

UHP states the four young men had been camping in Baker the night before and were on they were back to St. George. Speed is being investigated as a possible contributing factor in the crash.

Loved ones have created a pair of GoFundMe pages to assist the family after the crash: the “Timmy and Jason’s Funeral Fund” and “Remember Michael J & Fahsel Boys“.