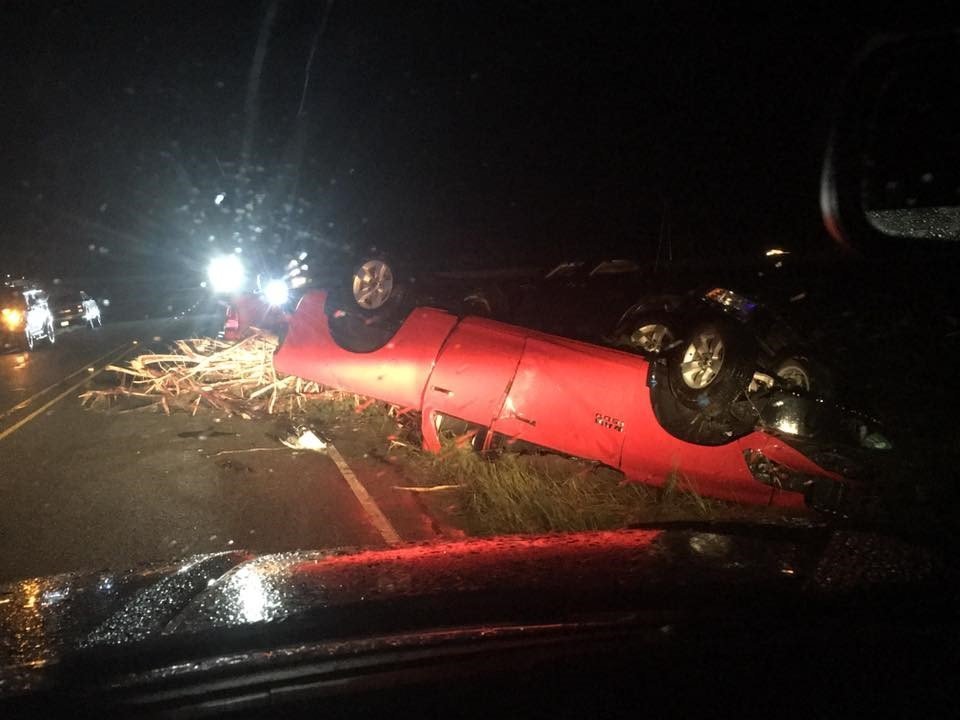 By Jay Croft and Amanda Jackson

(CNN) — A line of deadly storms that spawned tornadoes and caused flooding in Texas, Missouri, Arkansas and Mississippi had claimed at least eight lives by Sunday afternoon, authorities said.

The storms were expected to roll into Alabama later Sunday and then move northward along a line that extends to Michigan. Seventeen million people are under some risk of severe storms, including hail, strong winds and tornadoes. Millions more are under a flood watch or warning.

Monday, the storm system could become more potent as it heads to Pennsylvania and New York state. Authorities in four states so far have confirmed eight fatalities linked to severe weather — but that toll could rise.

On Saturday rainfall amounts of 4-6 inches were reported in Missouri and Texas, with some areas seeing up to 9 inches, the National Weather Service said.

Four people were killed when at least three tornadoes touched down near Canton in east Texas, Mayor Lou Ann Everett said. Van Zandt County officials initially said at least five people had died. The reason for the discrepancy was not immediately clear.

County officials said the number of dead could go up as search and rescue efforts continue. “The damage is extensive,” Everett said Sunday morning. She had not yet been able to tour all of the affected areas.

“It is heartbreaking and upsetting, to say the least,” the mayor said.

The storm left a path of destruction 15 miles wide and authorities on Sunday were not allowing people into some parts of Canton. The weather hampered rescue efforts Saturday night, but they continued Sunday.

He urged people to stay away, even those trying to help, because of the danger of downed power lines.

Reporter J.D. Miles of CNN affiliate KTVT said huge tree limbs had been blown onto roads, blocking them. Vehicles on a lot were “tossed around like toys,” he said.

At least 55 patients were taken to ETMC Regional Healthcare System, hospital spokeswoman Rebecca Berkley said. One was in critical condition, and the other patients’ injuries were not life-threatening. First responders from across the state continued Sunday to comb through overturned cars and destroyed homes.

Canton High School was used as a triage center.

‘I’ve never seen so much damage’

“The tornado hit only a mile from my house,” said Hayley Herron, 17, who has lived in the town for five years. “The damages were horrible. Power lines and fences torn down over the roads, my friends’ homes destroyed, there were buildings completely gone. Trees were split and thrown across pastures.

“I’ve never seen so much damage before,” she said.

“This morning I know most everyone is still in shock at the damage and how horrible the night was for all of us.”

Crowds attending First Monday Trade Days, one of the largest outdoor collectibles markets in the US, were forced to take shelter in bathrooms, CNN affiliate KLTV reported.

Fort Worth resident Cliff Henthorn was in Canton for the First Monday event.

“We saw the the tornado drop out of the sky,” he said. “This was crazy. It completely looks like a can opener opened this truck right in front of me. There are trees that are 100 years old that are snapped completely in half like twigs. ”

The weather was also blamed for damaged homes, downed trees and power lines across Mississippi.

Authorities there blamed the weather for one death — but no details about the fatality were immediately available.

Girl swept away by rushing waters

A 10-year-old girl died in Springdale while outside with her brother.

According to a post from Springdale police, the children climbed a fence near a creek and the girl was swept away by rushing waters. Her brother was safe.

The girl’s body was found around midnight, police say.

Also, a woman died after a tree fell on her mobile home in De Witt, about 80 miles east of Little Rock.

A couple was left stranded in their car when flood waters began to rise in Christian County, officials said.

Despite the man’s efforts to rescue his wife, their car was swept away with the 72-year-old woman inside. The woman’s body was found Saturday in a field near Clever, Missouri.

At least 150 roads, mostly in southern Missouri, were closed by flooding, the Missouri Department of Transportation said.

“Our standing first responders are working to protect life and property in this storm. Grateful for their work. Stay home. Stay safe,” he wrote on Twitter.