Parishioners survive tornado inside church ‘by the grace of God’ 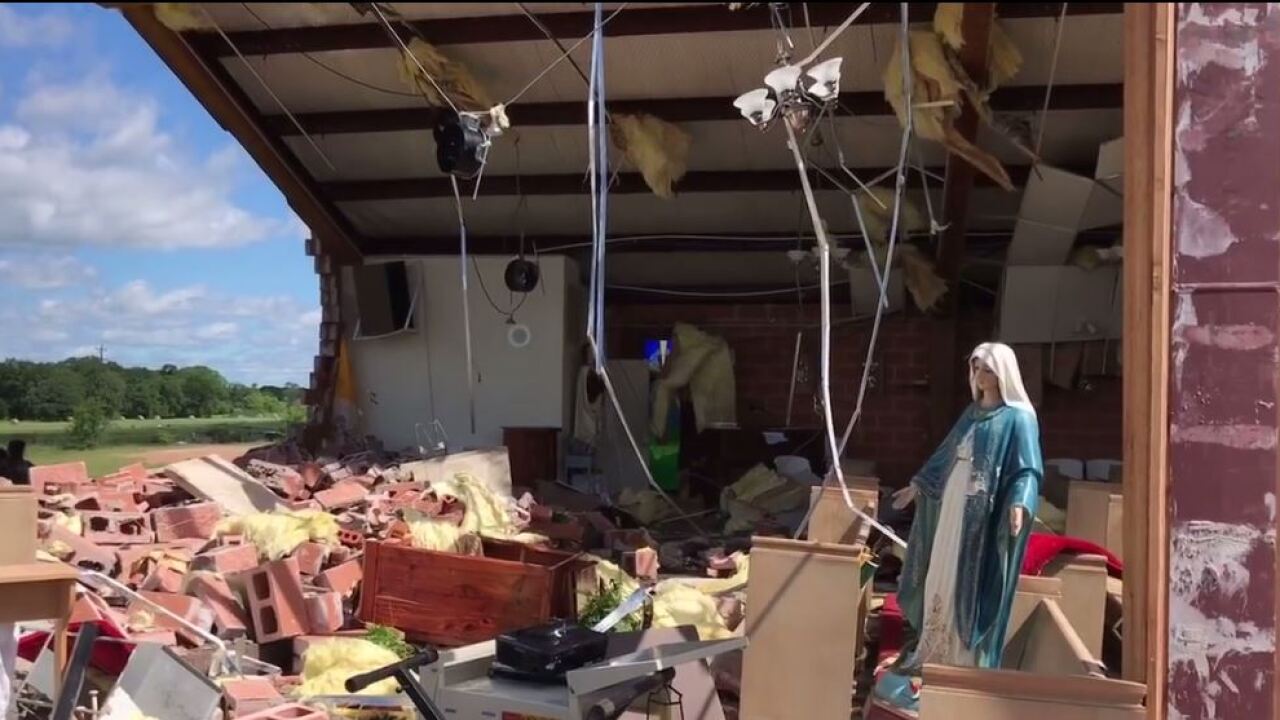 (CNN) — Parishioners say it’s a miracle that no one was harmed when a deadly tornado hit a Texas church on Saturday night.

About 45 people had gathered to honor high school graduates at the parish hall of St. John the Evangelist Catholic Church in Emory, a town outside of Dallas, Texas.

They received a warning to take cover because a tornado was approaching, and decided to take refuge in a hallway between the parish hall and the main part of the church, said Peyton Low, director of public affairs for the Diocese of Tyler.

“The tornado was a direct hit,” Low said. “Both ends of the building were blown out.”

The Diocese of Tyler shared videos and photos of the devastating scene at the church Sunday morning. “By the grace of God and the protection of Our Lady, no one was injured,” the Diocese wrote on Facebook.

Low said that “people are using the term ‘miraculous'” to describe what happened Saturday night — the same night that at least three tornadoes killed four people in east Texas.

On Sunday morning, St. John the Evangelist parishioners held mass outside the church.

“They gave thanks that the people inside survived,” Low said.