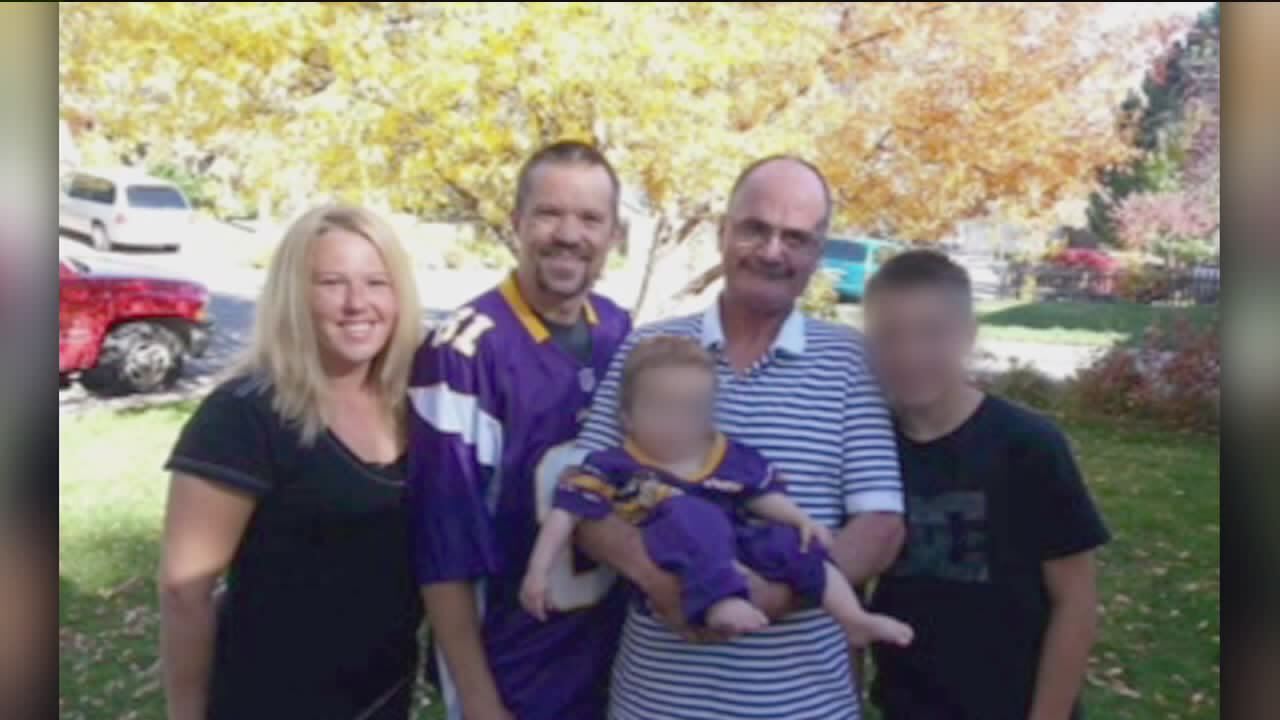 Police say 65-year-old John Kinn was riding his bicycle on 3500 South when a man in a BMW ran him over. The driver then parked the car nearby and walked away.

Jason Simpson couldn't even stand up, when he found out his father was hit and killed.

"I was trying to call him and tell him that the Jazz won and the cop answers the phone and told me my dad had been hit by a car," he said.

Simpson said he just saw his dad a few hours earlier when they had gone bowling together.

"He bowled his best game, he bowled a 226, he's never gotten that high," Simpson said. "He was so happy about it, he was like, 'I've never done this before this is so awesome.'"

Simpson said his dad rode his bike everywhere and was most likely going to Walmart when he was hit from behind by a man driving a BMW with California plates. His body was found about 30 feet away from the mangled bike.

"Me and my wife seen the gentleman rolling off the side of the road," said Sammy Torres.

Torres and Jana Morrison witnessed the crash. Morrison started performing CPR but the injuries were too severe. Kinn died in the middle of the road.

"I was hoping that he was going to make it but there was so much blood, it was just a sad, scary situation," Morrison said.

Torres decided to follow the driver, who pulled into the Taco Bell parking lot at the end of the street. That's where Torres confronted the man behind the wheel.

"And told him, you know, 'You got to go back, you just hit somebody' he asked me if he had hit a garbage can, I said, 'no you hit somebody' and he panicked, freaked out," Torres said.

Police said the driver made a phone call and then just walked off, leaving his car, with a smashed windshield, behind in the parking lot. And a grieving family wondering, why?

"You did the crime you have to do the time, you know, you can't go around doing this to people; my dad is dead," Simpson said.

The suspect is described as a black man, in his late twenties, about 6-feet tall with dreadlocks tied in a ponytail wearing dark clothing. If anyone has any information you are being asked to call West Valley City Police at 801-840-4000.