Take a closer look at the B17 Bomber ‘Flying Fortress’ 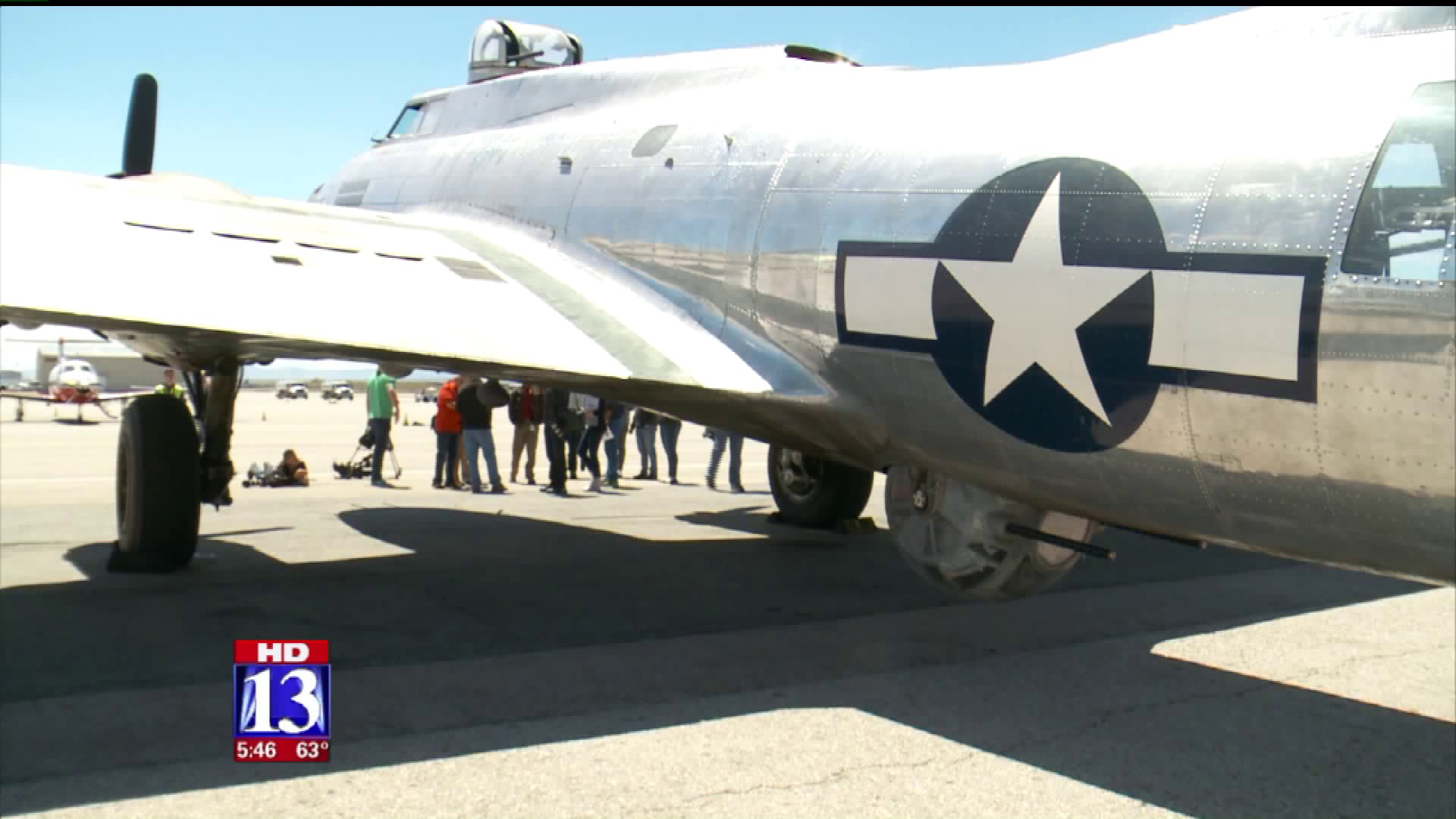 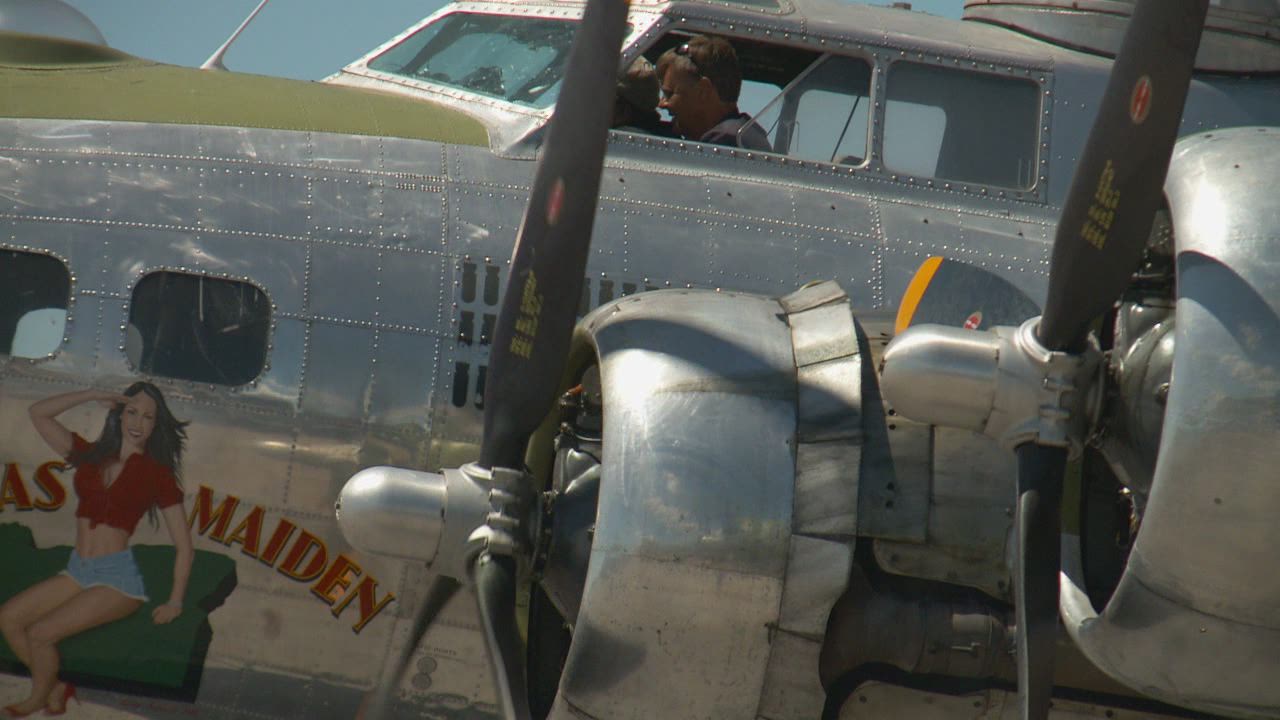 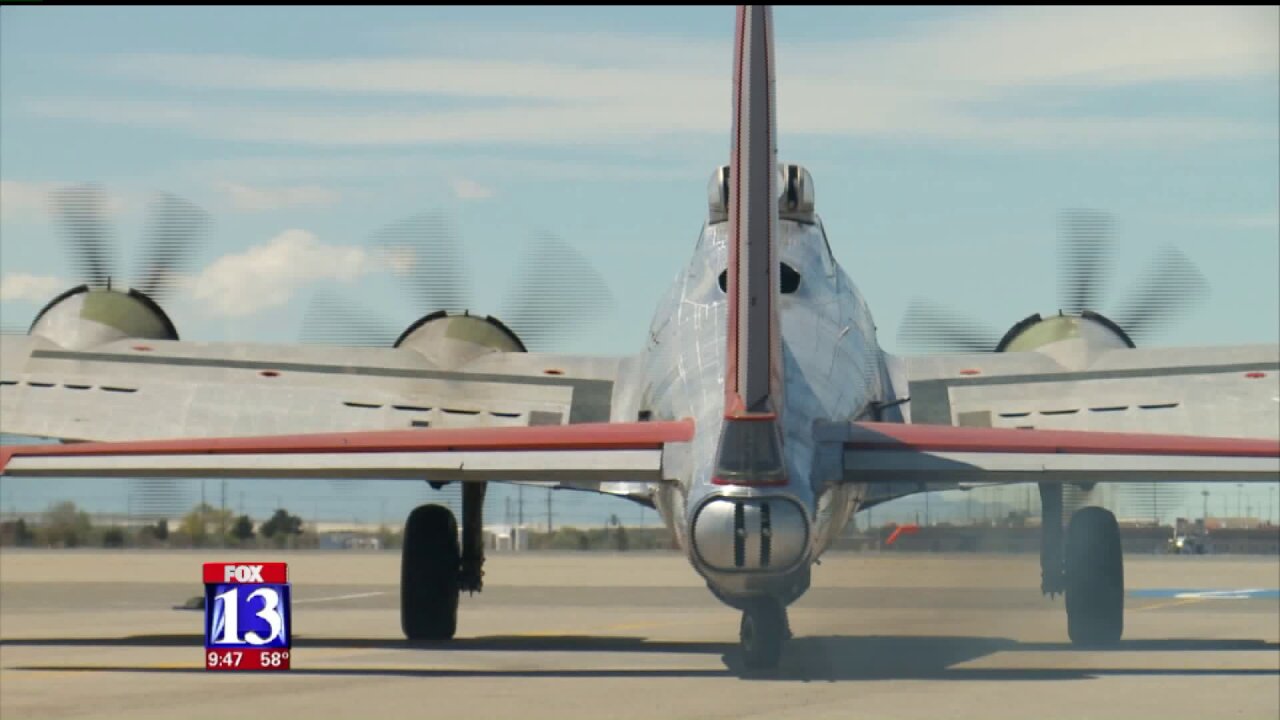 SALT LAKE CITY - Arguably the most iconic plane from WWII, the B-17 Bomber, soared over Salt Lake Monday, and for the right price, you could fly in it.

"There's nothing like this," said one lucky passenger who got to fly for free. "This is once in a lifetime."

"Our goal is to be a living museum," said David Lyon, spokesman and pilot for Liberty Foundation. "Rather than put the plane behind a velvet rope in some museum, we want to let people get in it, touch it, smell it."

"It's not inexpensive to run the plane," Lyon said. He said the plane costs $5,000 per flight and $1,500,000 annually to keep up in the air. The 45-minute flight experience includes a half an hour flight.

There was once over 12,000 operational B-17's, but today, there's only a dozen remaining that can get off the ground. The plane, nicknamed the Flying Fortress was instrumental in fighting the Germans in World War II and was used in the Korean Conflict and in Vietnam.

An estimated 54-thousand were killed in B-17's during wartime. So, finding living veterans in Salt Lake City to share their stories and go up for a complimentary ride Monday was difficult to do. So much so, that despite inviting a handful of B-17 veterans, none were healthy enough to make the trip to Salt Lake Airport Monday.

"It's harder and harder to get veterans to come out because of their physical condition," Lyon said. "We can find veterans in cities, but sometimes they're not able to come out."

FOX13's Jeff McAdam flew on the B-17 Monday and video called his grandfather, Retired Airforce Major, Robert McAdam for a personal onboard tour.

"I sat right over there," Major McAdam commented. In World War II, as a B-17 navigator, Major McAdam remembers a dogfight between a German fighter. "I slid over to the gun on the left of me, two 50 caliber machine guns and shot, but I'm sure I was well behind because they were coming so fast."

Major McAdam recalls dumping all the machine guns off the plane to keep it in the air after it was hit. Eventually, he and the crew had to parachute out. Major McAdam was injured and captured and remained a prisoner of war for a year until Russians liberated his camp.

"That would be exciting," Major McAdam reacted to the news of learning veterans are invited to fly in the B-17.

The B-17, called the Madras Maiden, will be at the airport for visitors to see first hand this weekend, and available for flights here.