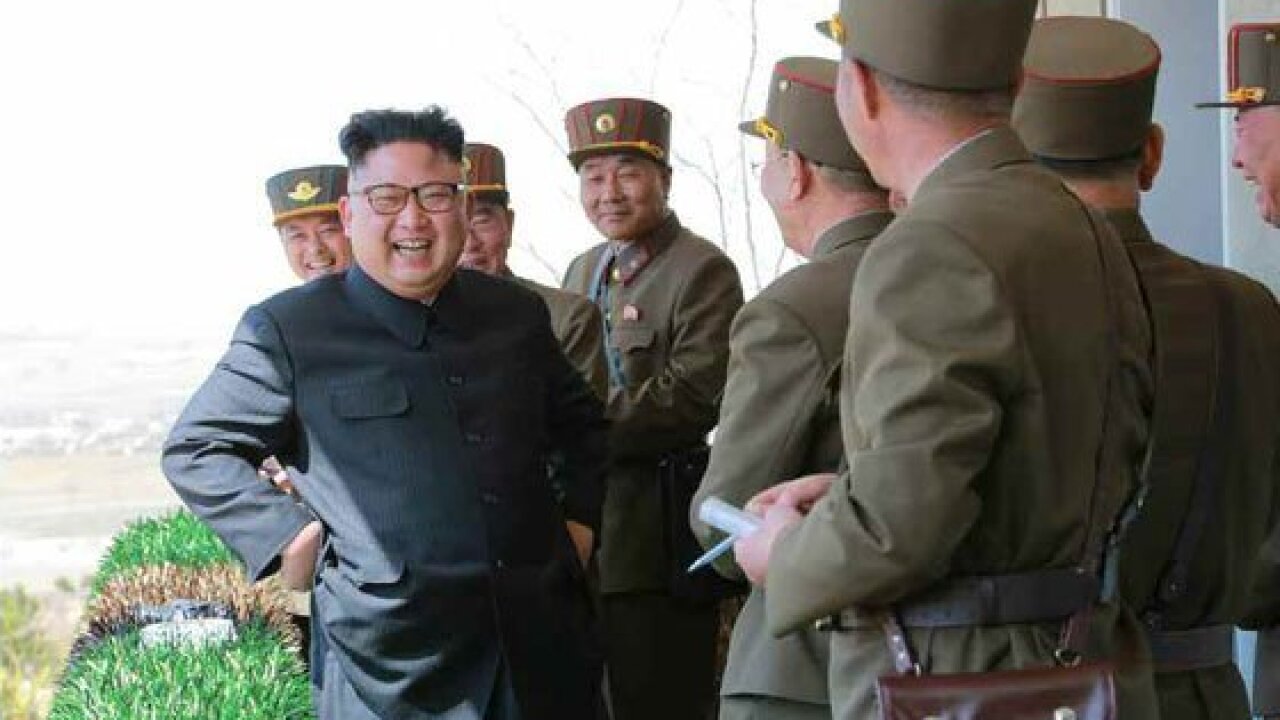 President Donald Trump said Monday he would be willing to meet with North Korean leader Kim Jong Un “under the right circumstances” to defuse tensions over North Korea’s nuclear program.

“If it would be appropriate for me to meet with him, I would absolutely, I would be honored to do it,” Trump told Bloomberg News in an interview Monday. “If it’s under the, again, under the right circumstances. But I would do that.”

No US president has ever before met with the leader of North Korea, and the idea is extremely controversial.

Trump’s comment comes as tensions have risen in recent months between the US and North Korea as Pyongyang has sought to advance its nuclear and ballistic missile programs and Washington has made a show of force in the region to deter their use.

The US directed an aircraft carrier-led strike group to the region as well as deployed a new anti-ballistic missile system to South Korea.

Trump said during the presidential campaign that he would be willing to meet with Kim Jong Un, explaining in June that “there’s a 10% or 20% chance that I can talk him out of those damn nukes ’cause who the hell wants him to have nukes.”

“I’ll speak to anybody,” Trump said then.

His comments received criticism from both sides of the aisle at the time, and since Trump has become president, top officials in his administration have taken a more equivocal position on the issue.

In the Bloomberg interview, Trump gave a nod to his willingness to take an unconventional approach.

“Most political people would never say that,” he noted. “But I’m telling you under the right circumstances I would meet with him.”

The North Korean nuclear issue has quickly become one of the top national security concerns for the Trump administration and administration officials have repeatedly stressed the increasing urgency of the situation. Trump has focused on finding a diplomatic solution to the North Korean issue — working increasingly closely with China — but has also refused to rule out a military solution to the problem.