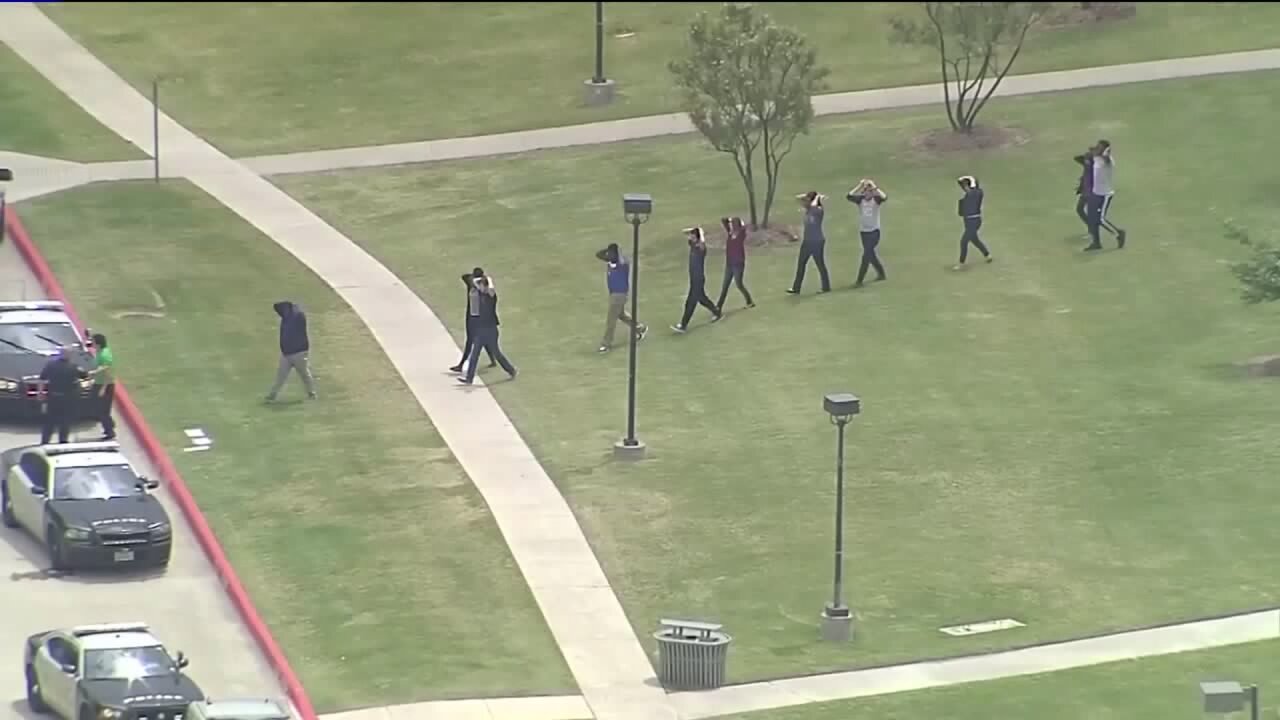 IRVING, Texas — A shooter killed someone at Texas’ North Lake College before committing suicide Wednesday, police said — violence that students said started as classes in the Dallas-area school were underway in the late morning.

“There appears to be no continuing threat but police will continue to search to make the campus safe,” police in the Dallas suburb of Irving said on Twitter.

Police were called to the two-year community college in Irving sometime before noon CT, and announced at 12:47 p.m. CT that a victim and a suspect were dead. No names were immediately released.

A student there, Joseph Le, told CNN he was in a campus building when he heard three shots and a male yell, “Leave her be!”

Le, who said he then took cover, said the shots sounded like they were fired inside the building.

Another student, Haseeb Ahmed, was in class when he heard three gunshots, he said. It wasn’t immediately clear where the shots were fired.

Ahmed and his classmates barricaded the door to their classroom, he said.

“We gathered the hardest materials in our possession to throw if something happens,” he said.

As news of the gunfire spread, the college urged students and staff to lock themselves in rooms. After police announced the suspect was dead, the school announced that the rest of Wednesday’s classes were canceled.

North Lake College is a community college that had more than 11,000 students in fall 2013, the most recent semester for which the school posted data on its website.