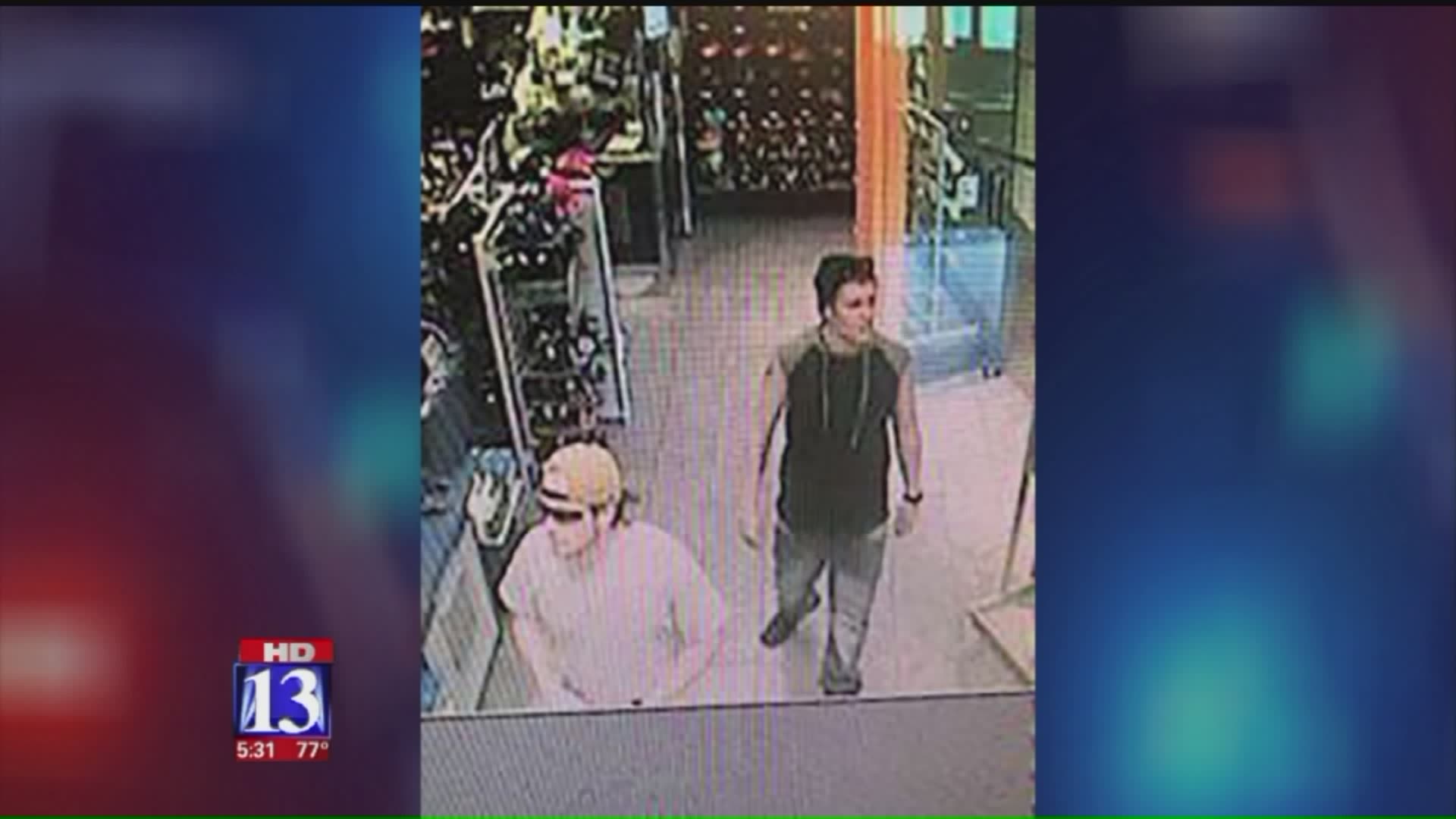 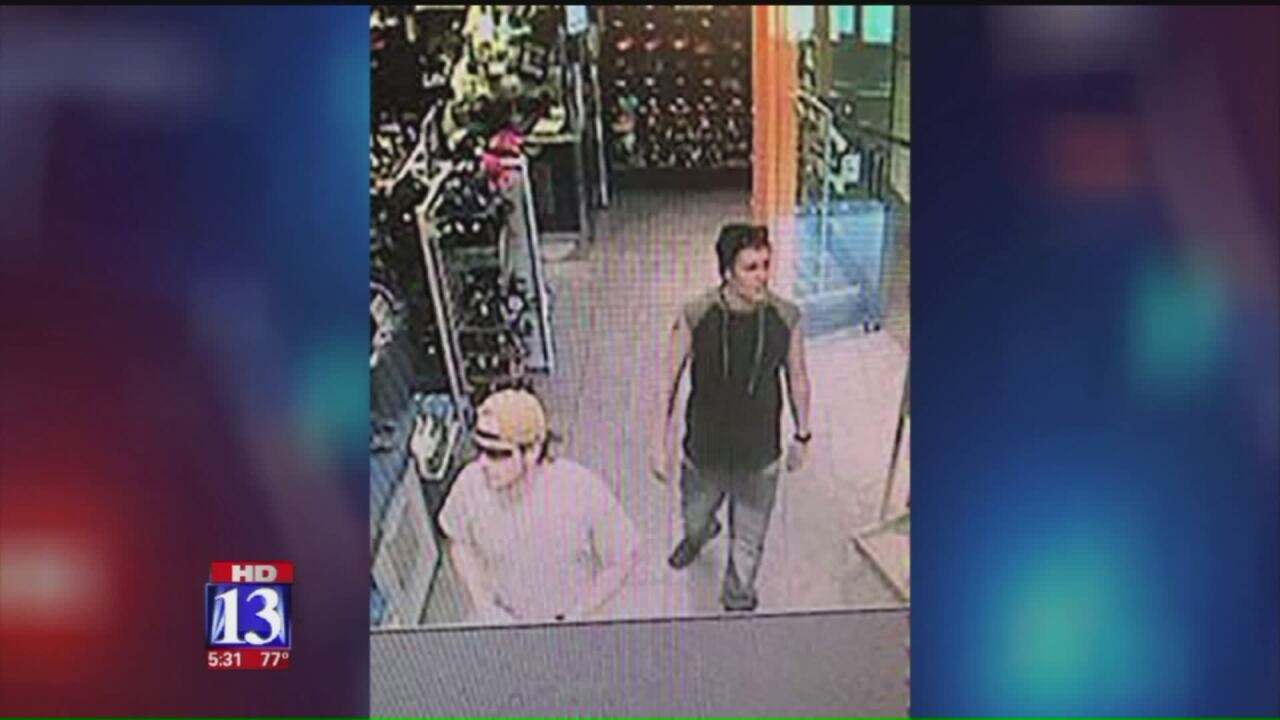 They took a purse, wallet, cell phone, and some special keepsakes Caylee Lewis has of her son, Jaxon, who died in a snowmobile accident in February.

Lewis was hiking Monday morning on a trail near 9000 South Kings Hill Drive in Sandy when she came back to her car and noticed her door had been opened. She immediately called police.

“I had some important items in my purse that I keep close to me that I look at each day, just some notes and cards that he had written to me,” she said.

Police obtained surveillance video of the two suspects. In the video, they can be seen checking out at Home Depot.

Police said they also used the cards at Smith's, Lowe's, and Lids at Fashion Place Mall. They reportedly spent around $1,400.

The two are described as white men in their 20's with dark brown hair. They were seen leaving in a white minivan.

Lewis said some things can be replaced, but not the special things her son had given her.

“From the bottom of my heart, to just please, please return my purse and my phone and the stolen items," she said. "They have so much more value to me than they do to anyone else."

Anyone with information is asked to call police. They said if you see these two men and their minivan, do not approach them. Call police and make sure to get a license plate.

They also ask everyone to keep an eye out for a purse thrown in the trash or left on the ground. They said thieves will usually take the money and ditch the bag. The letters Lewis is talking about may still be in that bag.