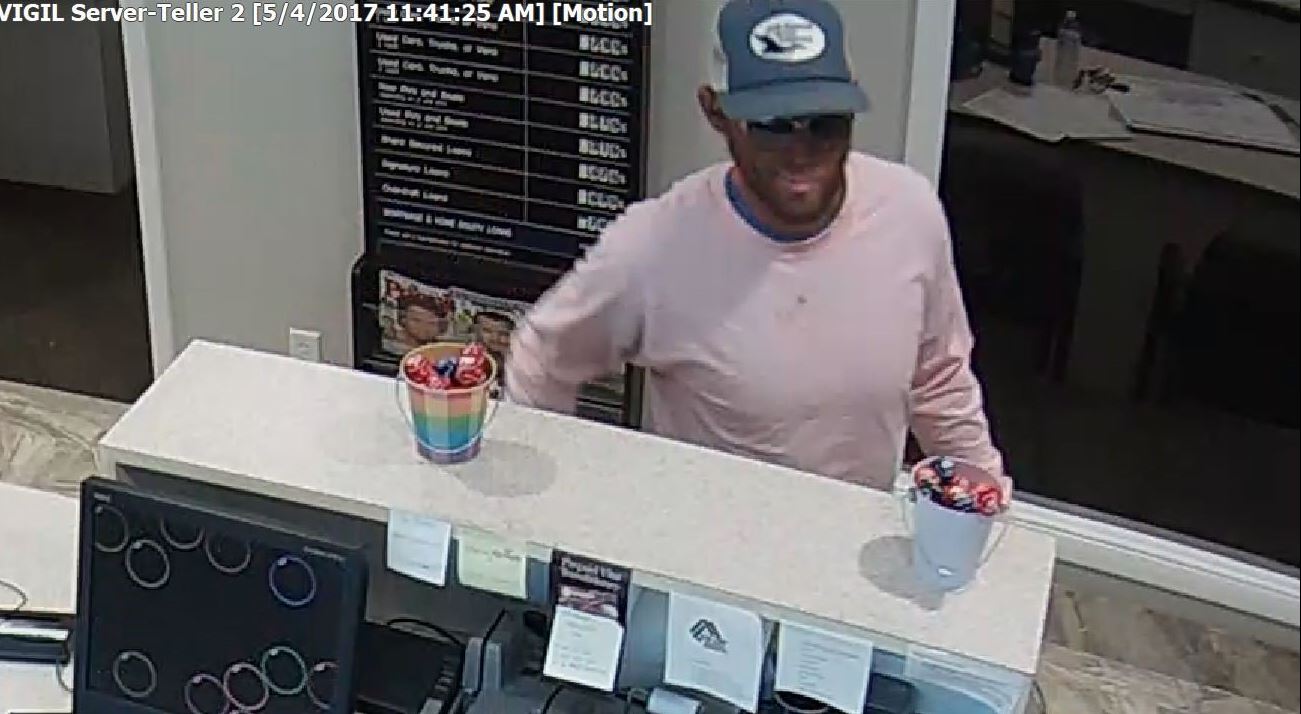 SALT LAKE CITY — Police in Salt Lake City are looking for a man who robbed a credit union Thursday while wearing makeup in an attempt to hide his features.

Police say the suspect did not display a weapon during the robbery and he fled after receiving an undisclosed amount of cash.

Salt Lake City Police said the suspect, pictured above, is a white male with long brown hair and a sleeve tattoo on his right arm. Police say the suspect “used makeup to mask his identity.”

The man was wearing a pink shirt, khaki pants and blue/brown baseball cap.

Anyone who recognizes the man or who has information about the robbery is asked to call police at 801-799-3000.