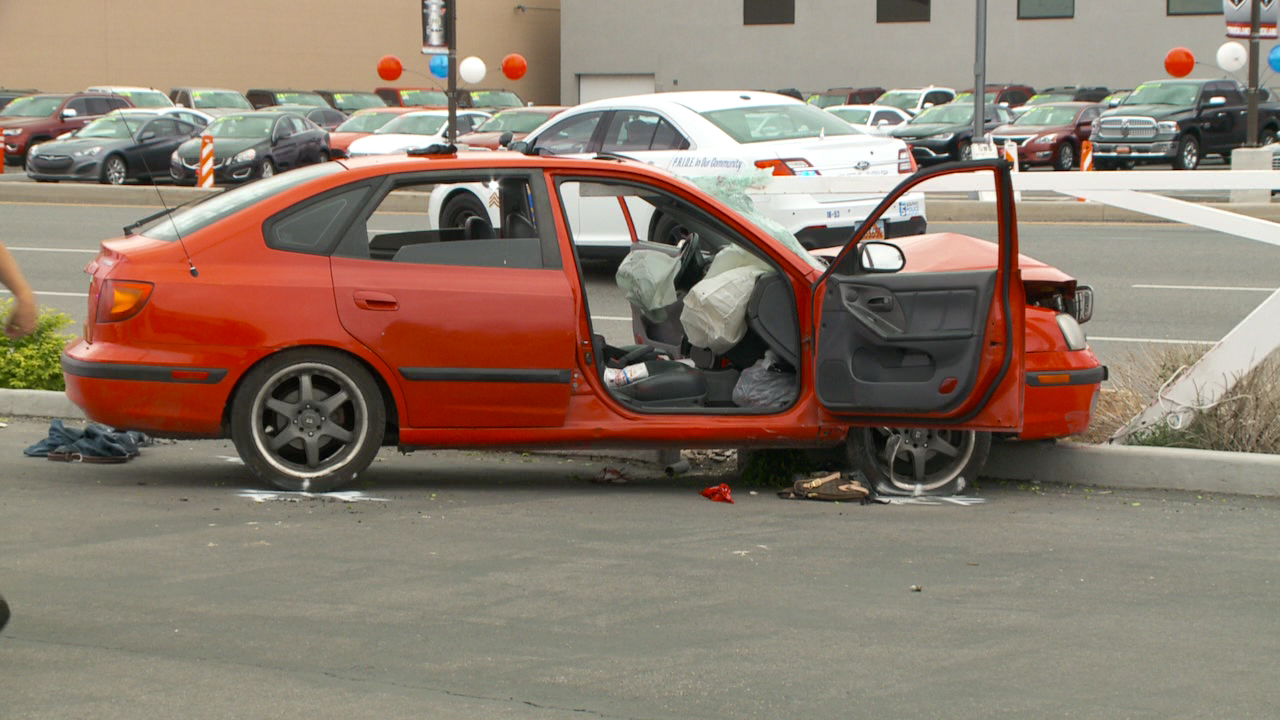 SOUTH SALT LAKE, Utah — One man is dead and another suffered minor injuries after a car went off the road and into the parking lot of a car dealership before becoming “impaled on the gate.”

The crash occurred near Tesla Motors at 2312 South State Street, and Fox 13 News first heard report of the crash just before 3 p.m.

Gary Keller, public information officer for South Salt Lake Police Department, said the driver of the red Hyundai was southbound on State Street when the car veered off the road for an unknown reason.

“It’s still under investigation at this time, but the vehicle did leave the roadway, came across the sidewalk, up into the parking lot, and impaled on the gate,” Keller said. “[The car] hit a light post and hit the gate.”

The vehicle appears to have struck the protruding metal arm of the gate.

“It did go through the windshield of the car,” Keller said.

A passenger, so far only identified as a 25-year-old male, was taken to a hospital–where he was pronounced dead. Police say he suffered critical injuries to his upper-body in the crash.

The driver, later identified as 24-year-old Kuany Ngor, suffered minor injuries and was taken to a hospital for observation. After being released from the hospital, the man was taken into custody for charges unrelated to the crash. Police did not offer any specific details about those charges.

Keller said at this time it is unclear why the driver of the vehicle left the road or whether or not speed or impairment were factors in the crash. Fox 13 News has reached out to police for additional information and will update this story as more details emerge.