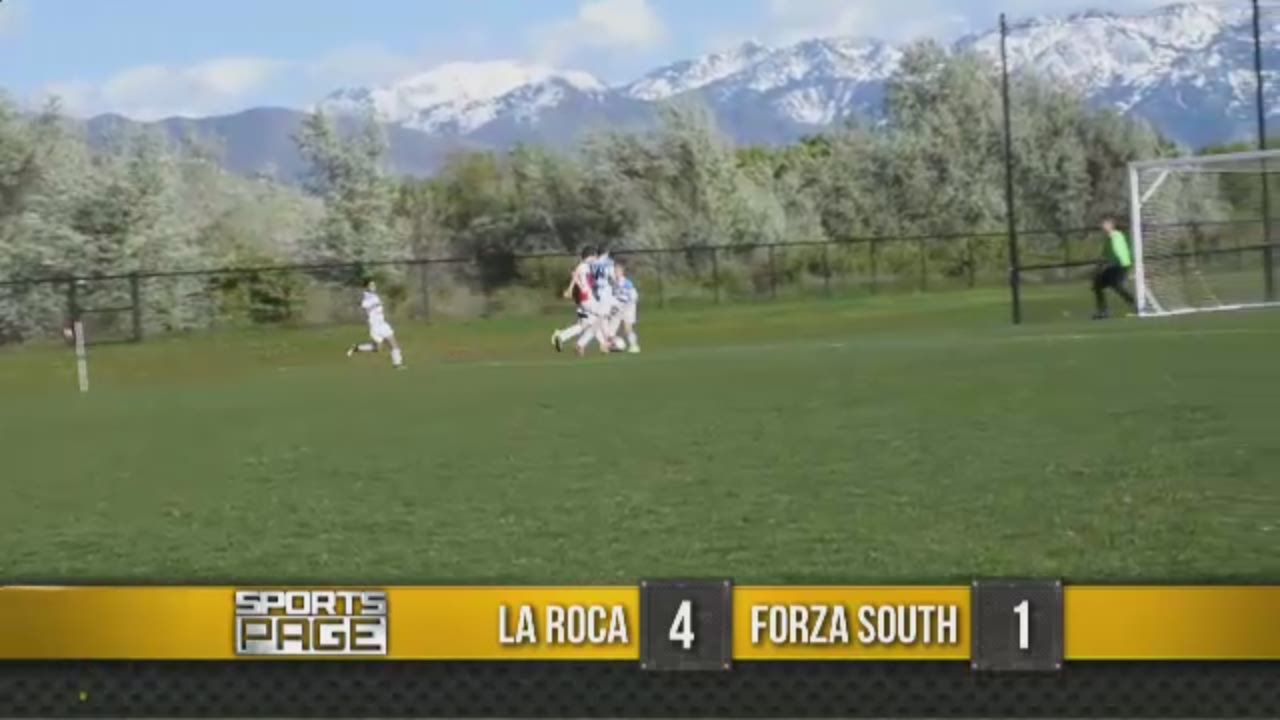 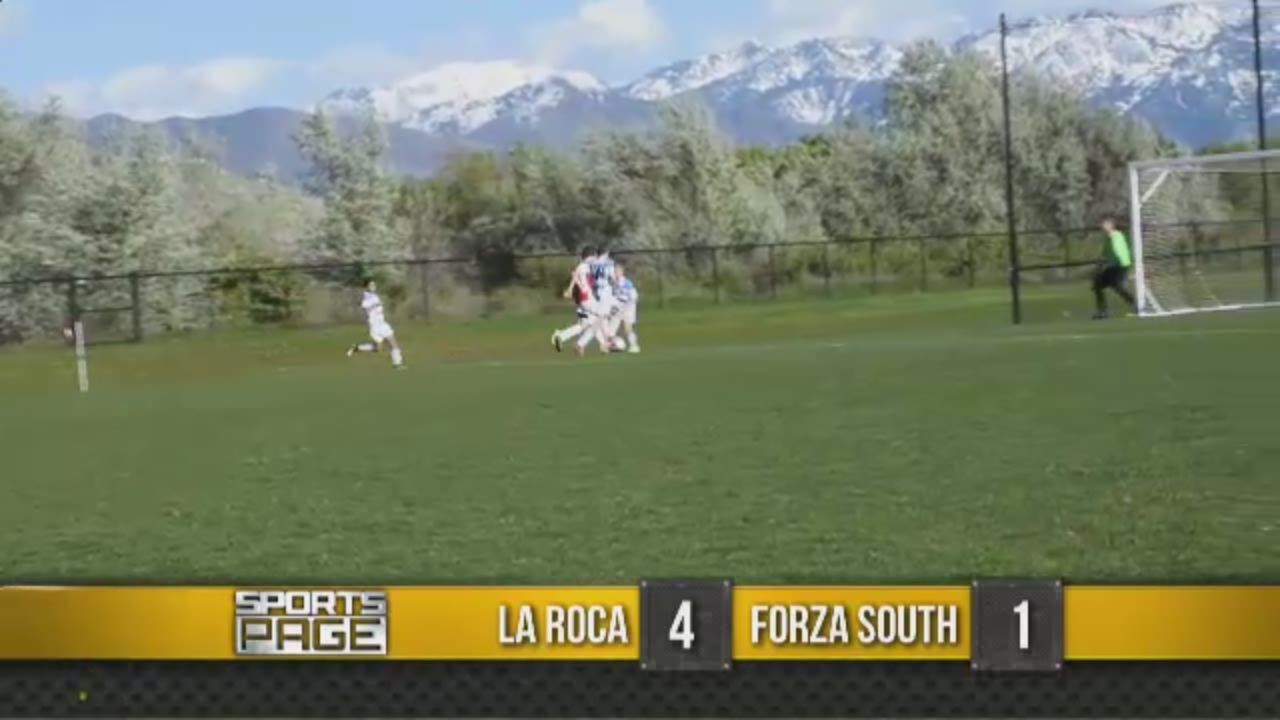 The following is sponsored by Utah Youth Soccer Association.
5:00 pm at the Regional Athletic Complex

In a fantastic matchup between two of the better teams in the state at the 15U age group, it was the high powered offense of La Roca that carried the day in a 4-1 victory. In a beautiful day at the Regional Athletic Complex, we couldn’t have asked for a better night for a match.

The La Roca team contains 8 players from the 02 TOSH State Select Team that recently won regionals. Included on that team are Nate Ortiz, Dyson Clapier, and Bode Davis, 3 of tonight’s goal scorers. The other La Roca goal was scored by Logan Smith while the Forza South goal was scored on a fantastic free kick by Ian Nielsen.

La Roca came out firing and pinned Forza back at the beginning of the game scoring a quick goal when Nate Ortiz was set free and he calmly finished by the Forza keeper. It was the only goal in an up and down first half as Forza fought their way back into the game.

They did so behind some amazing goalkeeping from birthday boy Parker Allen, the Forza South keeper. He made stop after stop and came up huge on multiple occasions. In the second half, one of the prettiest goals you will ever see increased the La Roca lead, when Bode Davis stretched out and managed to get on the end of an inch perfect cross, redirecting the ball into the net.

In what appeared to be a game of “anything you can do I can do better”, Ian Nielsen scored the lone Forza goal after stepping up to a free kick and bending it around the wall into the corner of the net at the back post. Game on. Forza kept pushing for an equalizer and were unlucky to be caught on the break as some great runs down the sideline lead to a simple square ball to the center which Dyson Clapier put away to restore the 2 goal La Roca lead.

The final goal was scored off a great corner kick when Logan Smith escaped his marker and met the ball in the air, his sharp header beating Allen and making the score 4-1, a score that makes this game appear more one sided than it was. All in all a great game with fantastic play from both sides.

Utah Youth Soccer reaches over 50,000 players across Utah, UYSA is the only soccer organization in Utah that offers a diverse range of services and innovative programs to meet the needs of a membership with varied abilities, backgrounds, and financial means. UYSA is sanctions by the U.S. Soccer Federation and US Youth Soccer to be the governing body of soccer in Utah. UYSA is also recognized by the U.S. Olympic Committee as the governing body for youth soccer in our state. For more information please visit us at www.utahyouthsoccer.net   or call us at 801.307.5150.