One dead in crash on I-80 in Tooele County

TOOELE COUNTY, Utah — A driver is dead after a crash on I-80 in Tooele County Tuesday morning.

According to the Utah Department of Public Safety, a 2013 Isuzu box van was traveling west near mile marker 33 when a 1998 Nissan Pathfinder drifted from the right lane and struck the side of the box van.

The van pulled over to the side of the road, a statement from DPS said, and a 2014 Freightliner semi-trailer approached the area.

The Pathfinder went off the right side of the road and rolled, then came to a stop on the passenger side.

The driver of the Pathfinder was not wearing a seat belt and was ejected from the vehicle, the statement said. DPS has not identified the driver, but they said he suffered fatal injuries. 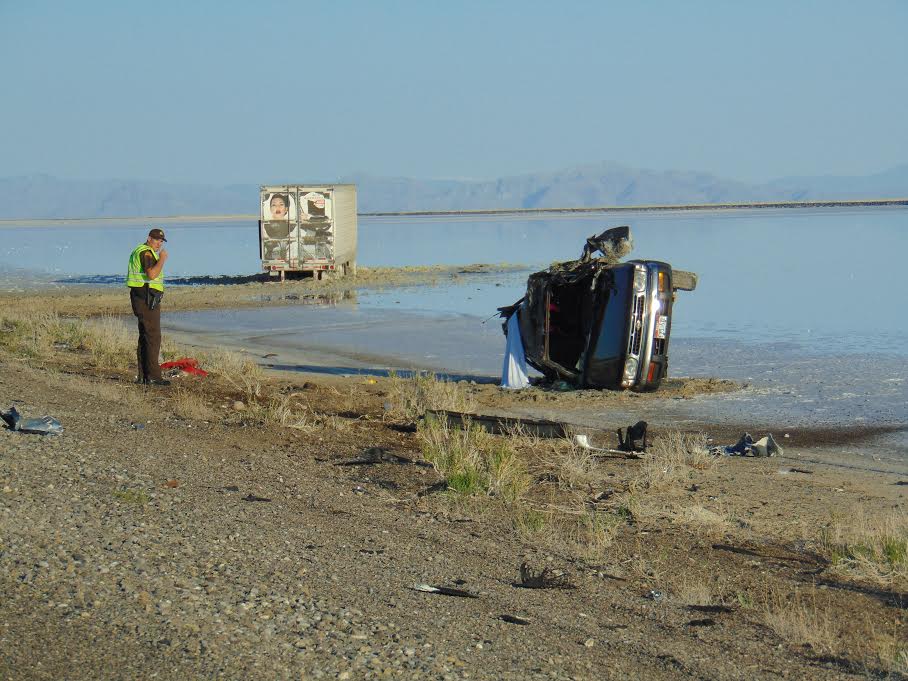