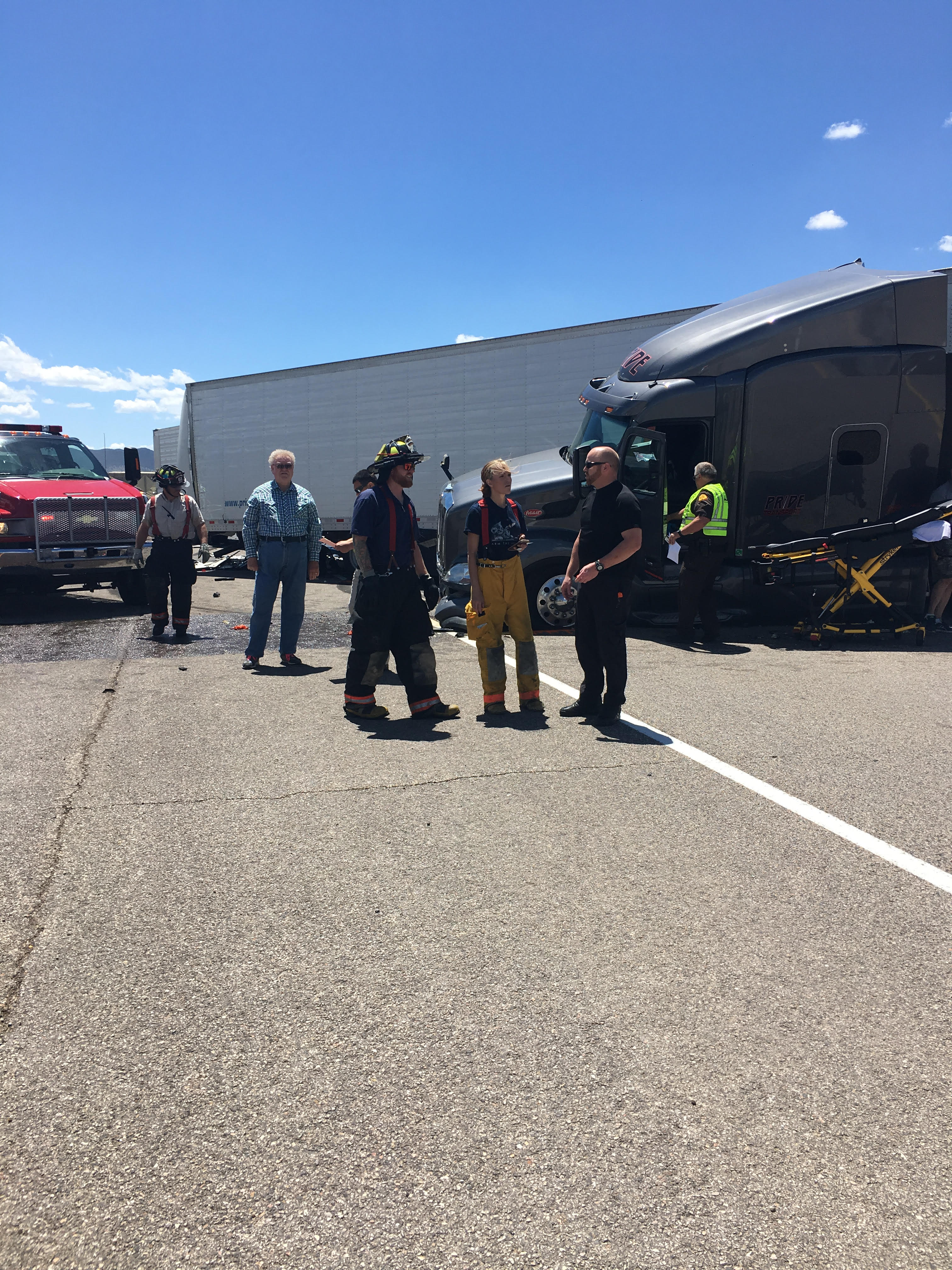 BEAVER, Utah — A crash on northbound I-15 near Beaver Friday afternoon forced officials to divert traffic off the freeway for several hours.

According to the Utah Highway Patrol, the crash happened near milepost 109 and involved a pickup truck with a camp trailer and two semi-trailers.

There was traffic congestion in the area around noon due to an earlier crash, and several vehicles were either stopped or moving very slowly. A semi-trailer coming upon the congestion did not stop and struck another semi while going about 65 mph.

The force of the impact sent the second semi forward and into the camp trailer. The cab of the first semi became lodged in the trailer of the second semi, trapping a passenger inside the cab.

The driver of the first semi was outside the vehicle when crews arrived, and he told crews his son was trapped inside the cab. Troopers found the man but could only reach his arm, so a deputy held the man’s hand until crews were able to extricate him and render medical aid.

That passenger was flown to Dixie Regional Medical Center in St. George with “significant injuries.” The driver of that semi was taken to local hospital via ground ambulance.

Traffic was being diverted onto SR-160 through Beaver, but by 3:30 p.m. both lanes on I-15 had been reopened. However, the on ramp at exit 109 remains closed.

Troopers are still investigating why the driver of the semi who struck the other vehicles did not slow for the traffic congestion. The identities of the parties involved have not been released.