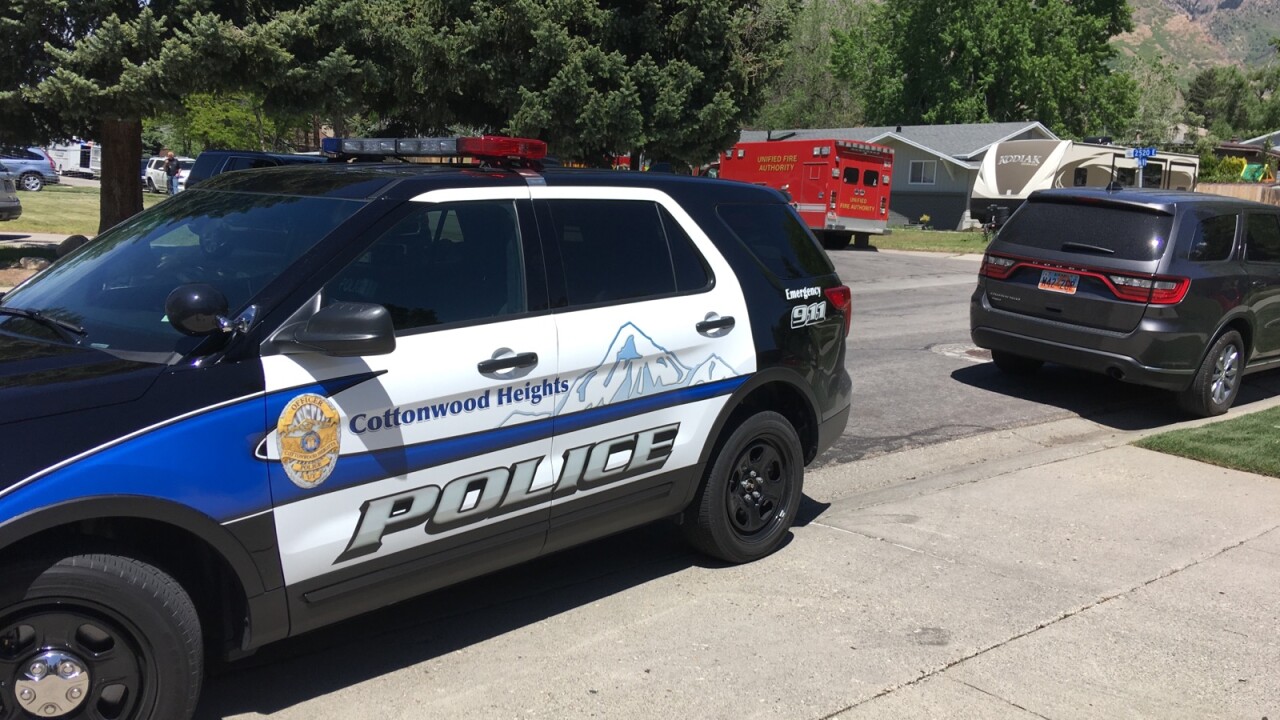 SWAT responds to a barricaded subject in Cottonwood Heights May 14, 2017.

COTTONWOOD HEIGHTS, Utah — A man who barricaded himself inside a home and threatened suicide after police responded to a call about a verbal domestic dispute has been taken into custody Sunday afternoon.

When police arrived, all occupants of the residence came out of the home except for a man who barricaded himself inside. Young said the man threatened to kill himself.

SWAT responded to assist with the situation and the negotiation.

The identity of the suspect has not been released.