ST. GEORGE, Utah -- St. George Police Department and Homeland security partnered on an investigation that led to the arrest of five people during the second week of May.

Officials focused on the capture of child predators, human trafficking, sexual solicitation and the Department of Professional Licensing (DOPL) violations on May 10 and May 11.

Police also arrested Phillip Terrell Foxworth for exploitation of a prostitute after officials found evidence Foxworth had facilitated the sexual solicitation of Armstrong.

According to a news release from the St. George Department of Public Safety, Douglas Terry and Cesar Tlasmanteco agreed to sex in exchange for money with undercover investigators and were arrested on sexual solicitation.

Undercover investigators also successfully arrested Taylor John Hummel for sexual solicitation and conspiracy to commit rape of a child during the same operation. 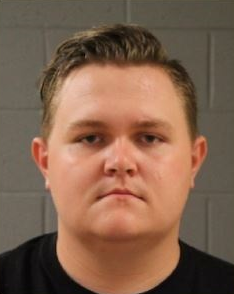