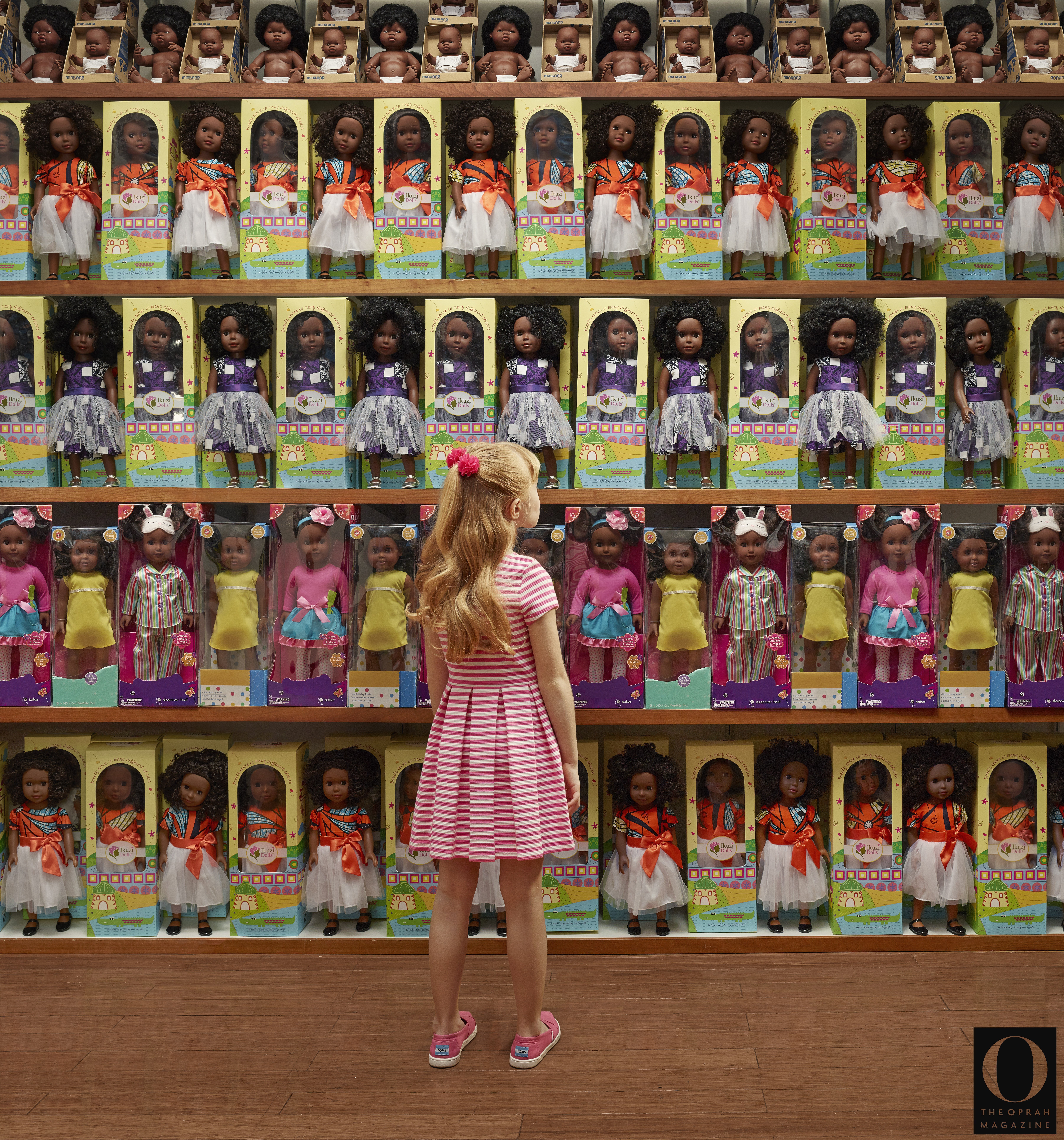 (CNN) — A girl stands in front of shelves full of dolls in a store, but none of them look like her. She’s white, and the dolls are black.

This striking image is part of a series of photos called ‘Let’s Talk about Race’ in the May issue of O Magazine. The photos together serve as commentary on race in American society.

The series includes two other photos — one with women at a nail salon and another showing two women in a domestic scene: one sits with gold heels and a bedazzled phone on a couch, another — in a maid’s uniform serves tea.

“We were interested in turning racial assumptions on their heads. We brainstormed many societal situations in which we are accustomed to seeing various races playing certain roles, and then imagined what it would be like to reverse them,” Lucy Kaylin, O Magazine Editor-in-Chief explained in an email.

Photographer Chris Buck who shot the series explained that the magazine came to him with a fleshed-out concept. “The whole point of those pictures — how I understood it — is meant to be raising questions, challenging expectations… and I think that’s a good thing” he said.

Buck and Kaylin both said their hope for the series was to start a conversation.

“Our intention was to encourage people to challenge the assumptions we make about race, and to consider the fraught subtext of these everyday situations.” Kaylin explained.

The magazine wanted to “deepen the conversation about the role each one of us plays in America’s racial narrative.”

And online, the photos seem to be doing just that. Over the past few days, the photo series has sparked impassioned debate on Twitter.

“I’m glad people are speaking up, I want everyone across the spectrum… if you have a take on it, that’s interesting,” Buck said.