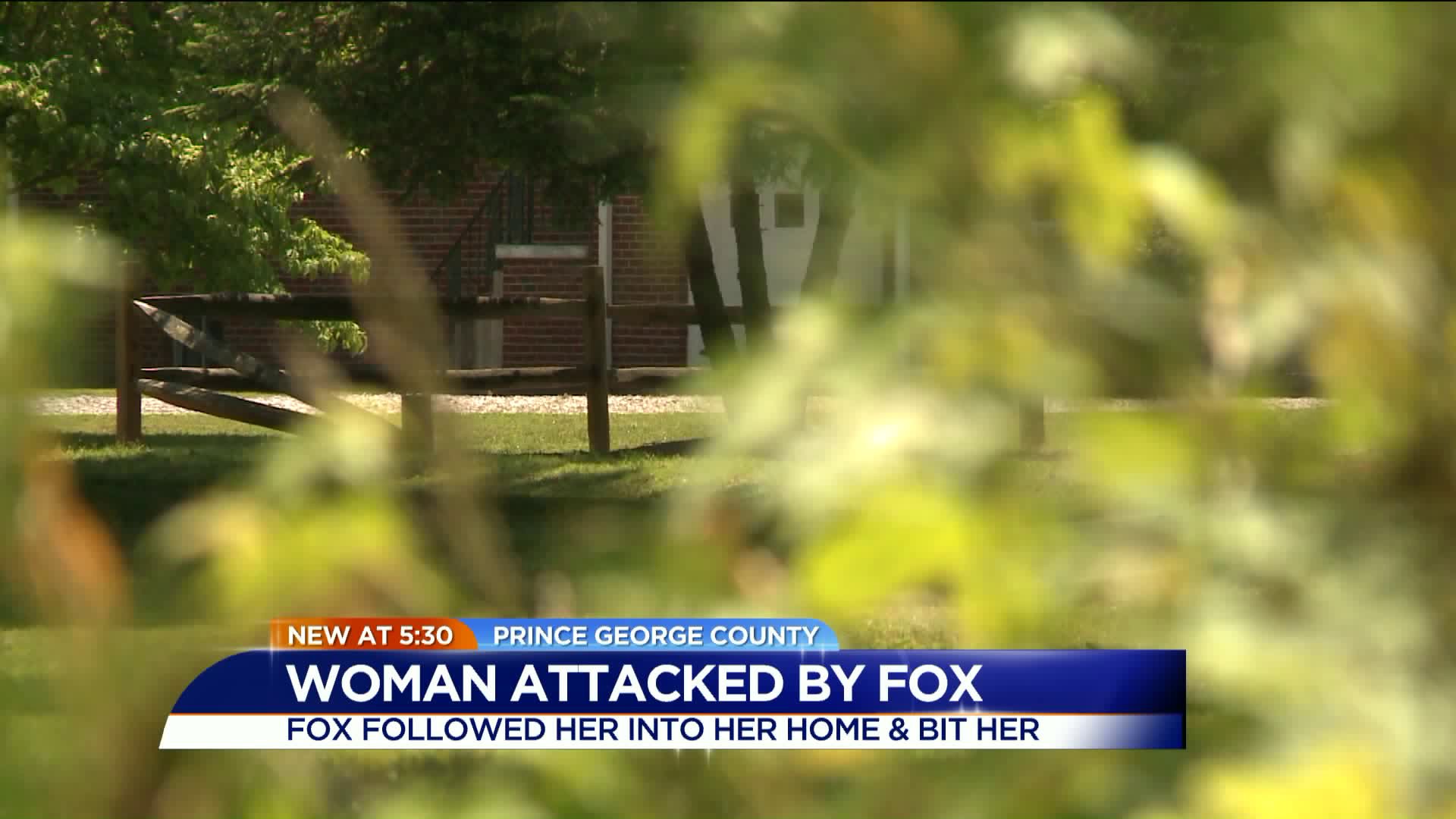 PRINCE GEORGE COUNTY, Va. -- A Virginia woman is recovering from a harrowing ordeal after she was bitten by a fox inside her home in Prince George County Saturday.

Prince George County Animal Services Supervisor Job Greene told WTVR it happened Saturday afternoon when the woman rushed outside her house to save her puppy, who was being attacked by the animal.

"The puppy was tethered outside in the backyard," Greene explained.

The woman managed to get the dog and run back into her home, but Greene said "the fox followed her."

That is when Greene said the fox tried to bite the puppy and "ended up biting the victim a couple of times."

At that point Greene said the fox bolted from the house and was last seen entering a wooded area.

The fox was last seen entering a wooded area.

"It was very unusual for a fox to be that aggressive," Greene said. "They're typically pretty reclusive."

"Definitely would have to be very suspicious of rabies in the animal, because it's very atypical behavior for a wild animal to follow someone into their home," Brauning said.

The 10-week-old puppy was two weeks shy of being able to be vaccinated for rabies.

Brauning said anyone with a pet, whether kept indoors or not, should get their pet vaccinated.

"Realistically, if you are exposed to it there's a high potential that you are going to die," Brauning said. "It is actually rampant in Virginia. We have a lot of animals that are testing positive for rabies on a daily basis."

The puppy, who suffered multiple bites, had to be euthanized.

Greene said it is crucial for pet owners to keep an eye on unvaccinated puppies and kittens while they are outside.

A trap has been set to try to capture the fox. However, because the animal is still on the loose, the victim has started a series of rabies shots.