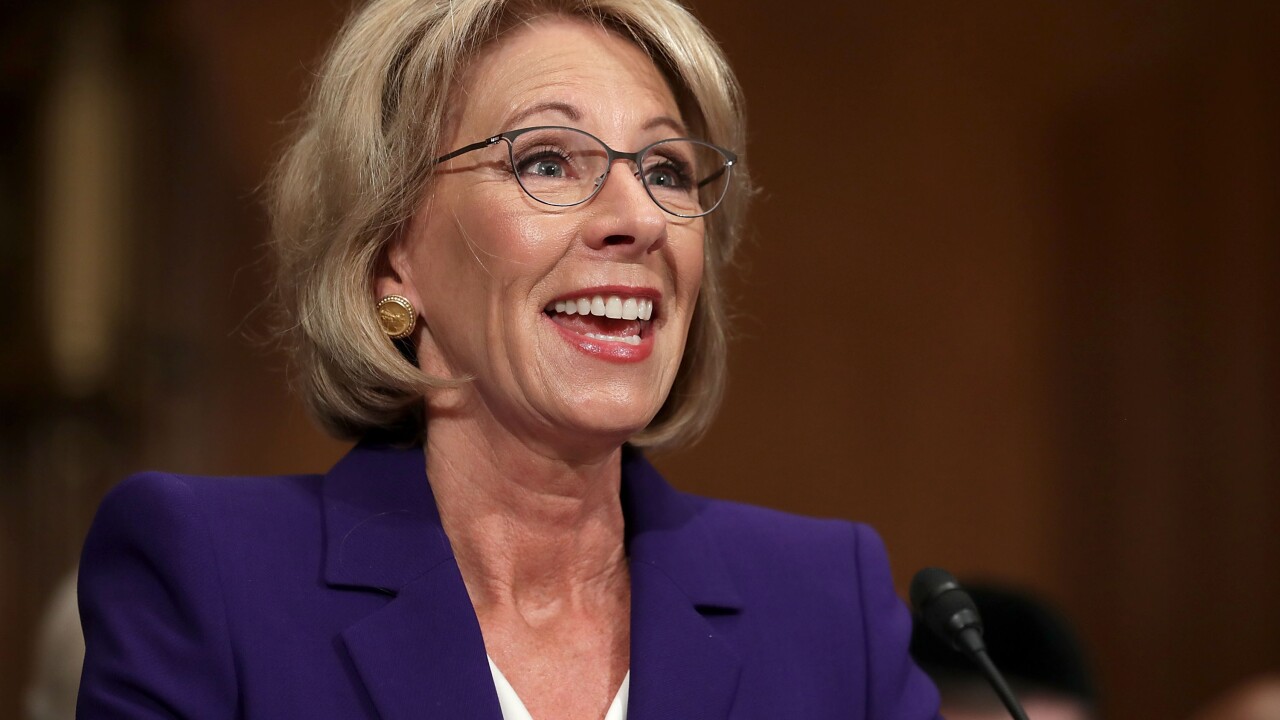 WASHINGTON, DC – JANUARY 17: Betsy DeVos, President-elect Donald Trump’s pick to be the next Secretary of Education, testifies during her confirmation hearing before the Senate Health, Education, Labor and Pensions Committee in the Dirksen Senate Office Building on Capitol Hill January 17, 2017 in Washington, DC. DeVos is known for her advocacy of school choice and education voucher programs and is a long-time leader of the Republican Party in Michigan. (Photo by Chip Somodevilla/Getty Images)

DeVos provided no details of the administration’s plans to promote school choice, an expansive term that includes expanding access to and promoting less-traditional education options, like charter schools or voucher systems. But she did say states that resist school choice innovations would be making a “terrible mistake.”

“They will be hurting the children and families who can least afford it. If politicians in a state block education choice, it means those politicians do not support equal opportunity for all kids,” DeVos said.

She told attendees at a pro-school choice conference in Indianapolis that it is important to provide not only options in education but also “the widest number of quality options.”

“If a menu is full of bad options, then do you really have a choice at all?” she said.

After being appointed by President Donald Trump to take over the Education Department earlier this year, DeVos has spoken only in general terms about how the Trump administration plans to pursue school choice. But she has indicated the federal government will leave many of the details to individual states — and the administration’s budget is expected to allow states to use some federal grant money for school choice initiatives.

“We all fundamentally know one size doesn’t fit all — and that we won’t accomplish our goals by creating a new federal bureaucracy or by bribing states with their own taxpayers’ money,” DeVos said Monday. “We should have zero interest in substituting the current big-government approach for our own (new) big-government approach.”

DeVos is scheduled to testify before Congress on the administration’s education budget later this week.