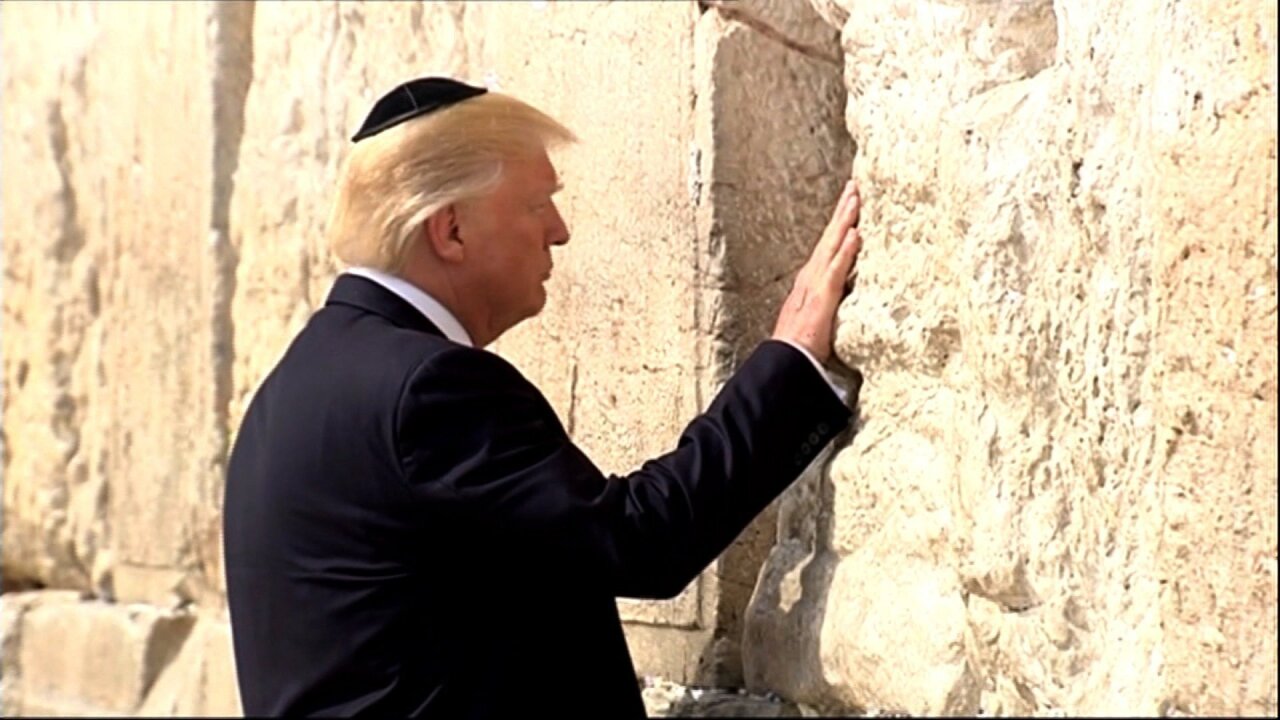 File: President Donald Trump became the first sitting US president to visit the Western Wall in Israel, one of the holiest sites in Judaism.

President Donald Trump on Monday became the first sitting US president to visit the Western Wall, one of the holiest sites in Judaism.

Trump, wearing a yarmulke, placed his right hand on the wall and swayed slightly back and forth with his eyes closed for nearly a minute.

He then reached into his jacket pocket and pulled out a note on a folded piece of paper, and placed it into a crack in the wall.

He was flanked by his son-in-law and senior adviser Jared Kushner, who is Jewish, and Western Wall Rabbi Shmuel Rabinovich.

First lady Melania Trump and Ivanka Trump, the President’s daughter, also prayed at the wall, at the portion reserved for women.

Trump visited the Western Wall without any Israeli government officials by his side despite requests from Israeli officials.

The United States does not recognize Jerusalem as Israel’s capital, a position shared by nearly every other country in the international community. Successive US administrations have said the status of the disputed city should be resolved in a final status peace agreement between Israelis and Palestinians.

The Western Wall sits in Jerusalem’s Old City, which was captured by Israel during the Six-Day War in 1967. Israel also occupied the West Bank and Gaza after that conflict. Palestinians and most of the international community consider East Jerusalem, which contains the Old City, as the capital of a future Palestinian state.

Trump’s visit to the wall comes after US officials meeting with their Israeli counterparts to arrange Trump’s visit sparked off a controversy by contending that the Western Wall was part of the West Bank — which is not US policy.

Past US presidents have visited the wall, but either before or after their tenure as president.

Trump promised during his campaign to recognize Jerusalem as Israel’s capital and move the US embassy in Tel Aviv to Jerusalem, but has since backed off that pledge — at least for now.

Trump was considering fulfill that pledge with an announcement during his visit to the city this week — which coincides with Jerusalem Day on Tuesday — but backed off the idea amid warnings from foreign policy officials in Washington as well as from Arab leaders in the region, who warned Trump such a move could hurt chances of reviving peace negotiations and inflame tensions in the region.