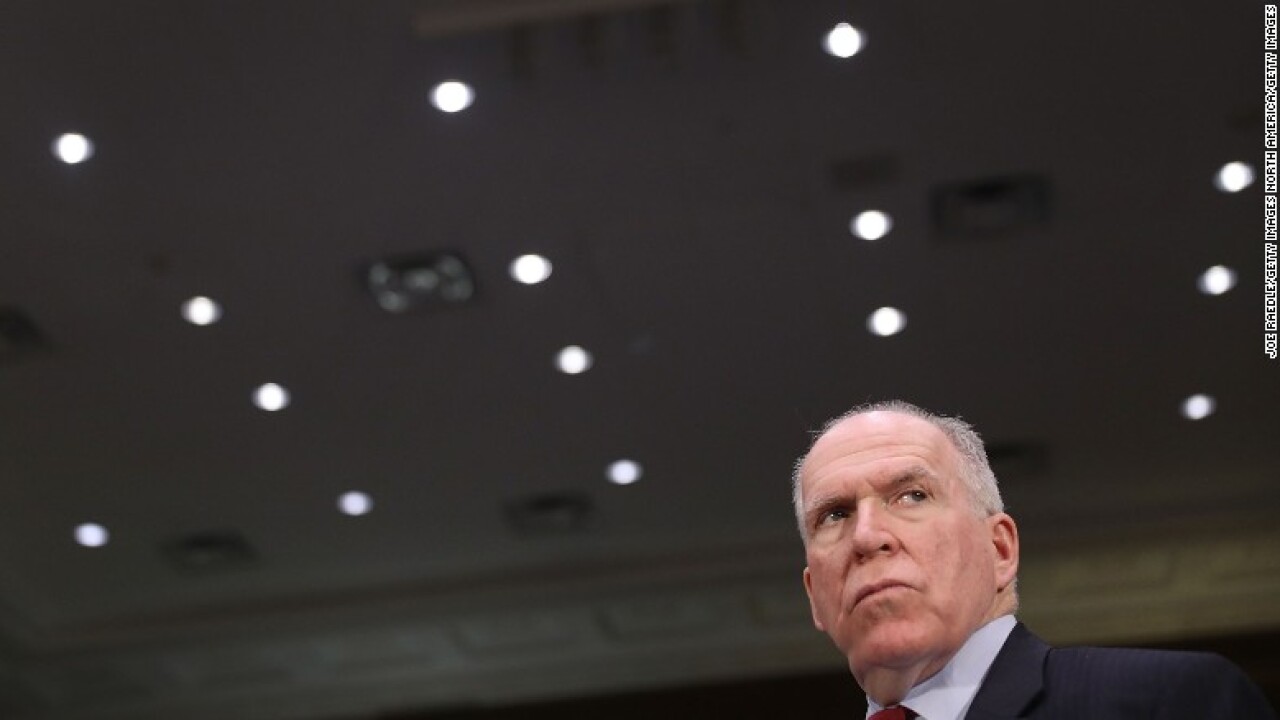 “I saw interaction that in my mind raised questions of whether it was collusion,” Brennan told Rep. Trey Gowdy, saying that he supported the FBI digging further. “It was necessary to pull threads.”

Brennan was speaking to the House intelligence committee on the extent of Russia’s meddling in the 2016 elections and possible ties to the Trump campaign, where he was asked about how Moscow recruits sources “wittingly and unwittingly.”

Brennan said that he first picked up on Russia’s active meddling last summer and, in an August 4, 2016, phone call with Alexander Bortnikov, the head of Russia’s FSB intelligence agency, warned him against further interference. Bortnikov, Brennan said, denied any active efforts in the election.

Brennan cautioned lawmakers that although he could not definitively say if those contacts amounted to “collusion,” he knew that Russians were actively cutivating US contacts and, very likely, did not present themselves as Russian spies.

Brennan also said Trump might have broken protocol if he revealed highly classified information with the Russian foreign minister and Russian ambassador to the US in a White House meeting earlier this month.

The panel will get two cracks at Brennan — the first in public at 10 a.m. ET and the second behind closed doors — almost two months after his first appearance was dramatically canceled amid the chaos sparked by House intelligence Chairman Devin Nunes’ clandestine White House trip.

House investigators are particularly interested in finding out more about how Russia conducted its election attacks inside the US and who Russian spies attempted to recruit to their side, said a House intelligence committee source. Intelligence sources have previously told CNN that Trump foreign policy adviser Carter Page was being cultivating as a source for a Russian spy — whether he knew it or not. Page has flatly and continually denied that charge.

But Brennan’s isn’t the only high-profile hearing Tuesday. The latest news most likely to hold the Capitol captive is word that Trump asked his own intelligence chiefs — Director of National Intelligence Dan Coats and National Security Agency Director Mike Rogers — to rebut Comey’s then-public statement that the FBI had opened a criminal probe into Russia’s meddling in July of last year.

Coats is testifying in the Senate and Rogers is expected to testify in the House on budget issues, but the blockbuster news of Trump’s attempt to curtail a federal probe, first reported by The Washington Post, has already come up.

Meanwhile, Brennan is also likely to face questions about a split among intelligence leaders last summer over the purpose of Russia’s meddling in the US election — whether it was designed to support Trump or merely spur chaos and confusion in the election. Brennan told senior lawmakers as early as last summer that the Russian operation was squarely designed to support Trump.

Brennan’s appearance comes as the Russia probes have escalated greatly since Trump fired former FBI Director James Comey and subsequently the appointment of a special counsel to investigate Trump and Russia.

On Monday, Mark Warner, the ranking Democratic member of the Senate intelligence committee left open the threat of holding former national security adviser Michael Flynn in contempt if he continues to withhold documents in response to a congressional subpoena.