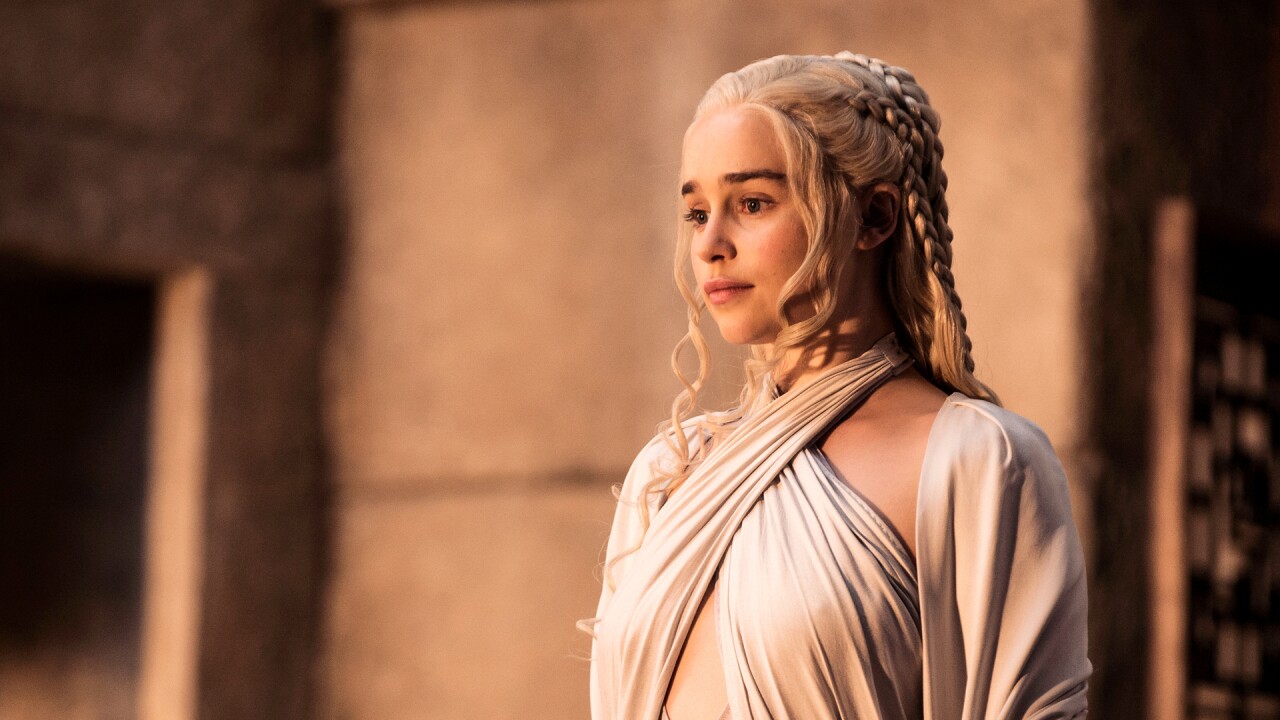 Entertainment Weekly has published a first look at Season 7 of Game of Thrones, and it includes a peek at a massive Drogon.

“The dragons this year are the size of 747s,” director Matt Shakman told EW. “Drogon is the biggest of the bunch — his flame is 30-feet in diameter!”

The photo shows Daenerys, played by Emilia Clarke, appearing small on the back of her dragon, which is clearly ready for war.

Actor Kit Harington, who portrays Jon Snow on the series, told EW the new season will have a faster pace.

“This season is really different than any other season because it’s accelerating toward the end, a lot of stuff collides and happens much, much quicker than you’re used to seeing on Thrones,” Harington said. “It’s quite exciting.”

On Tuesday HBO, tweeted a sinister-looking poster of the Night King to remind viewers of the upcoming season.

Winter is coming July 16 when the new season premieres.