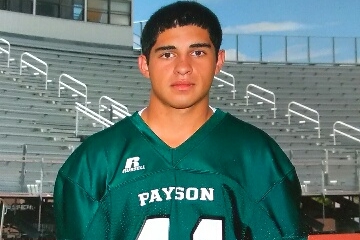 WEBER COUNTY, Utah – Authorities have identified the person found dead in the foothills above 29th St. in Weber County as 20-year-old Joe Montes of Roosevelt, Utah.

The Weber County Sheriff’s Office said Montes was found May 14.

Officials said he had recently moved to the Ogden area.

Family members recognized the hat and clothing found in the area and detectives confirmed the man’s identity using dental records.

Detectives said it appears Montes’ body has been in the foothills for more than six months.

Authorities said they do not suspect foul play; there is no trauma to Montes’ body.

The sheriff’s office said Montes died of exposure to the elements.

Family members have set up GoFundMe pages to help with funeral expenses.