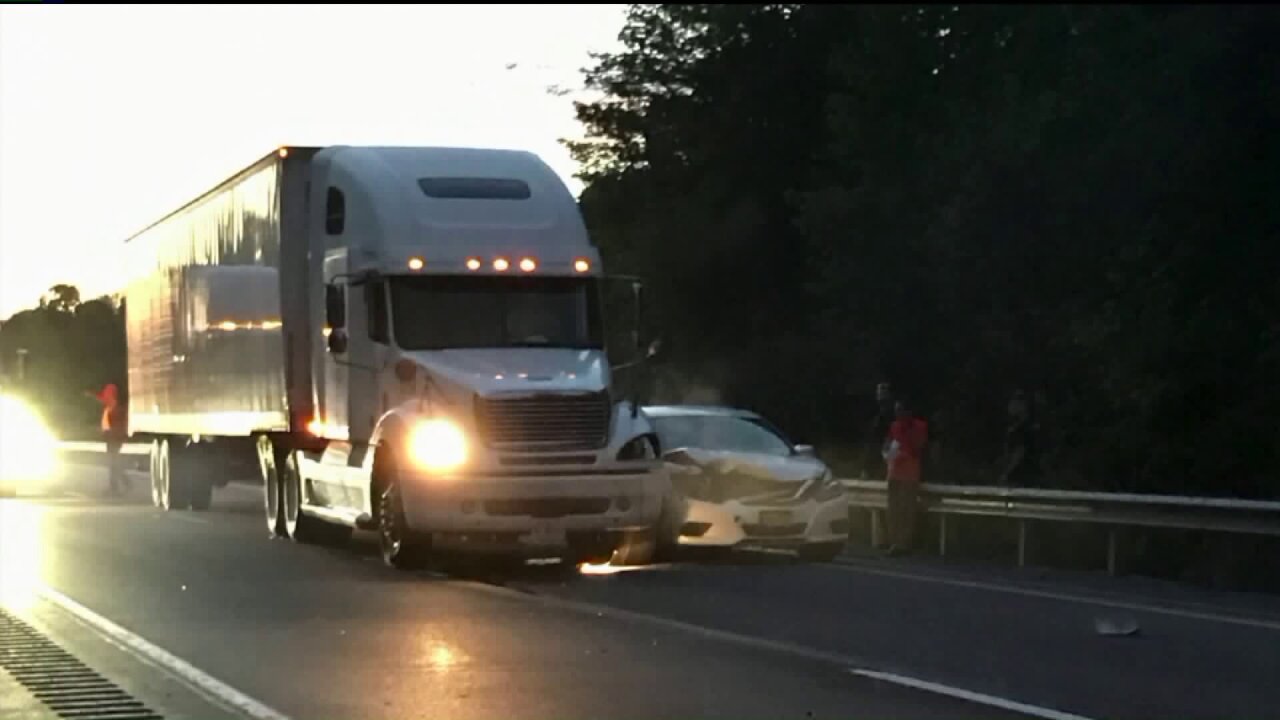 PITTSTON TOWNSHIP, Pa.  --  Army Staff Sergeant Estevan Azocar said he always joked with his co-workers that he would be the first person to rescue someone in a situation like this.

On Monday evening, it actually happened.

Azocar, his wife, and young children went to Ohio for a concert. On Monday night around dusk, they were headed home to West Pittston.

They were on I-80 eastbound in Clearfield County when a car just ahead of them hit a deer.

The car managed to pull over onto a narrow shoulder and started filling up with smoke.

"It got to be a real movie scenario where you see them like struggling. They couldn't breathe," Azocar said. "The vehicle wouldn't open and I did everything I could to try to find something to bust the window."

The staff sergeant pulled off on the shoulder and ran over to rescue the husband and wife from New Jersey trapped in the car. He said they couldn't figure out how to unlock it because the car was a rental.

With his adrenaline pumping, Azocar used a crowbar to break the window. He unlocked the door and pulled them to safety.

"You feel like they were just as light as a feather," Azocar said.

Not less than a minute later, a tractor-trailer came along and slammed into the rental car.

Azocar and the husband and wife all got out of the way just in time.

"I don't know how I got from point A to point B. I was standing in the road and I ended up jumping past the median. I busted up my foot pretty bad," Azocar said.

He said if there is anything he's learned from the experience, it's to appreciate every moment in life.

"I didn't care if I had to bust it open with my hand. I just wanted to get them out of there," Azocar said.

According to Azocar, the couple from New Jersey was not badly hurt. State police did manage to track down the tractor-trailer driver that hit the car. Troopers told Newswatch 16 they are calling the incident a hit and run.