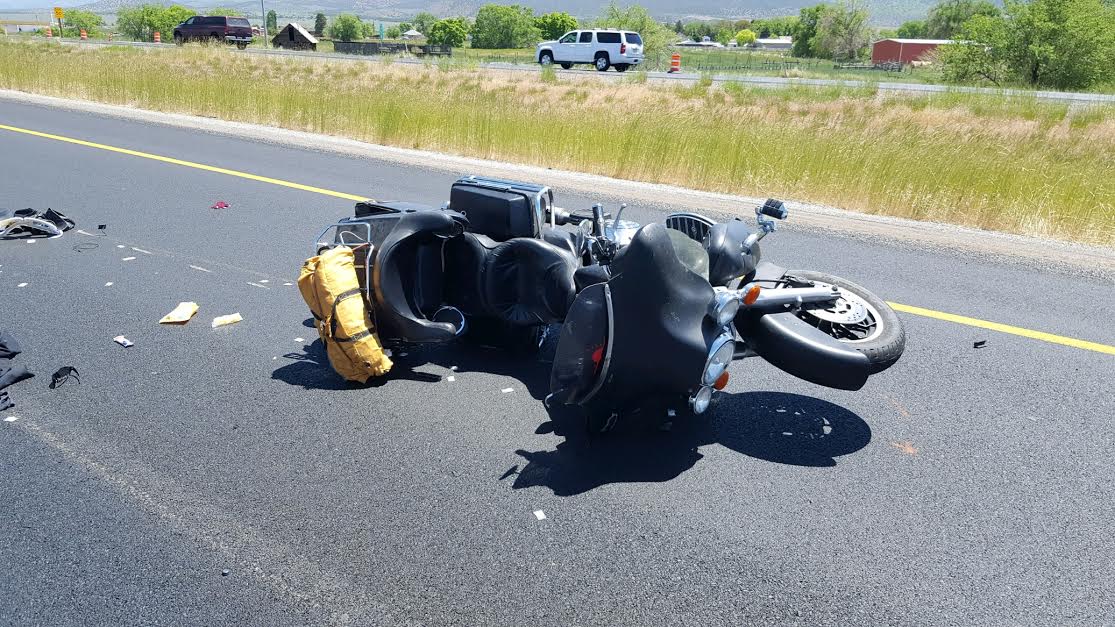 MEADOW, Utah — One person is dead and another is critically injured after a motorcycle crash near Meadow Friday afternoon.

A representative for the Utah Highway Patrol said the crash happened near mile marker 158 and it was first reported at 12:13 p.m.

Neither the male driver nor the female passenger on the motorcycle were wearing helmets at the time of the crash. The female was pronounced dead at the scene and the driver was taken to Fillmore Hospital in critical condition, the UHP representative said.

The deceased was later identified as 36-year-old Randi L. Mahas of Ogden, Utah.

The driver has only been identified so far as a male from Farr West.

UHP states the motorcycle encountered a dip in the roadway, which caused the motorcycle to develop “a high speed wobble that the driver was unable to recover from.”

Traffic was diverted off southbound I-15 through the town of Meadow as officials investigated the crash. The Utah Department of Transportation reported all lanes of southbound I-15 were reopened at 3:14 p.m. Friday.